A woman was caught trying to steal multiple pairs of jeans by wearing them all at once in a clothing store.

After she was caught trying to leave the store with the stolen jeans, she was taken to a bathroom and made to remove them.

In a video shared online, the woman is seen removing the stolen jeans one after the other. As she takes them off, a man’s voice is heard in the background counting them. 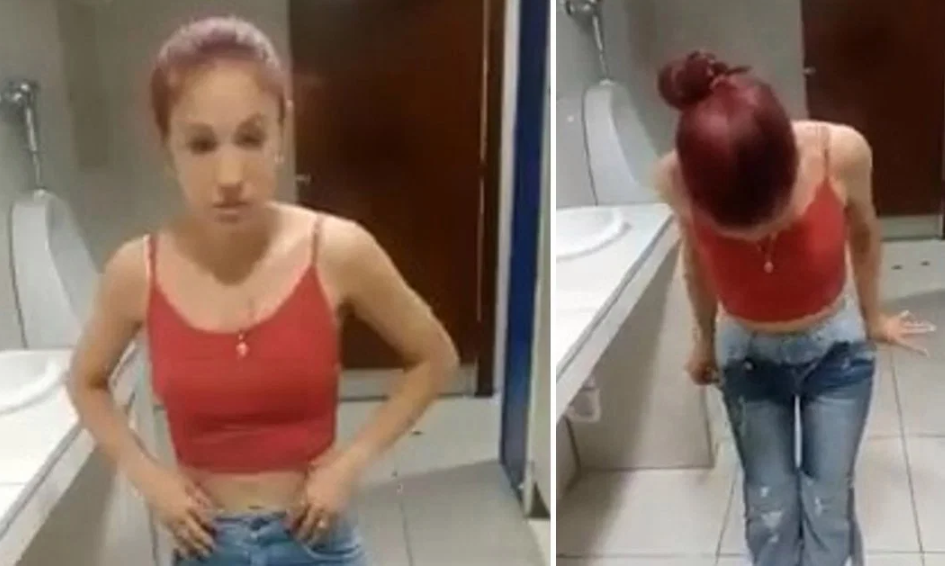 The shoplifter had a total of eight pairs of jeans on.

It is believed that the woman was filmed in a bathroom in Venezuela, although the exact location is not known.