US Vice President Mike Pence made an unannounced trip to Iraq to visit US troops ahead of Thanksgiving, landing in the country Saturday, November 23rd amid violent anti-government protests.

Pence visited the Al Asad Air Force Base in western Iraq, where he was greeted by the US Ambassador to Iraq and several military officers. He received a classified briefing from the commanding officer on the base and spoke by phone with Iraqi Prime Minister Adil Abdul Mahdi.

On the call, Pence told Mahdi that he traveled to Iraq in part to “extend gratitude to the men and women (of the US military) serving in your country,” according to the TV travel pool with the vice president. Mike Pence and his wife Karen Pence later served the troops a Thanksgiving lunch, with the Vice President serving turkey and Mrs. Pence handing out yams.

Pence told the service members that the Trump administration was “fighting to secure another pay raise for the men and women in the military,” but added “we need Congress to do their jobs,” the TV travel pool reported. “Congress should have finished their work months ago but you know that partisan politics and endless investigations have slowed things down,” 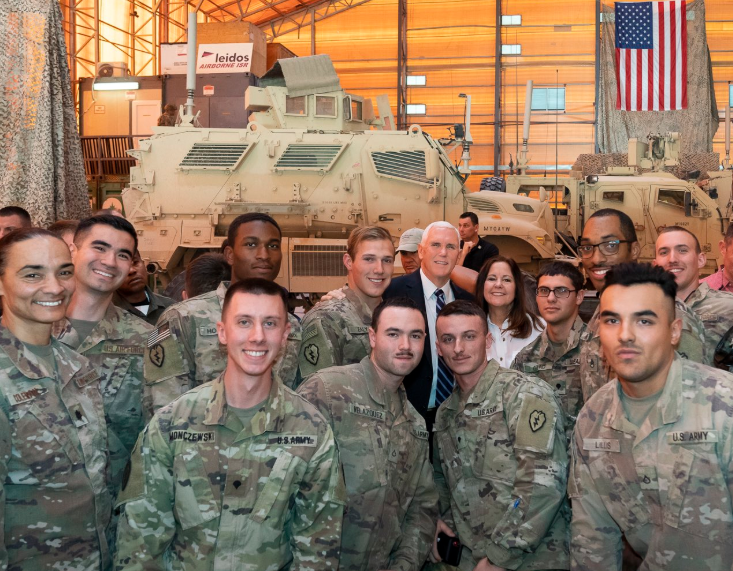 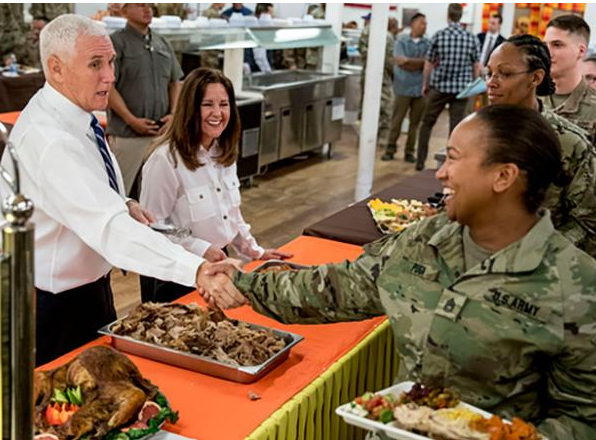 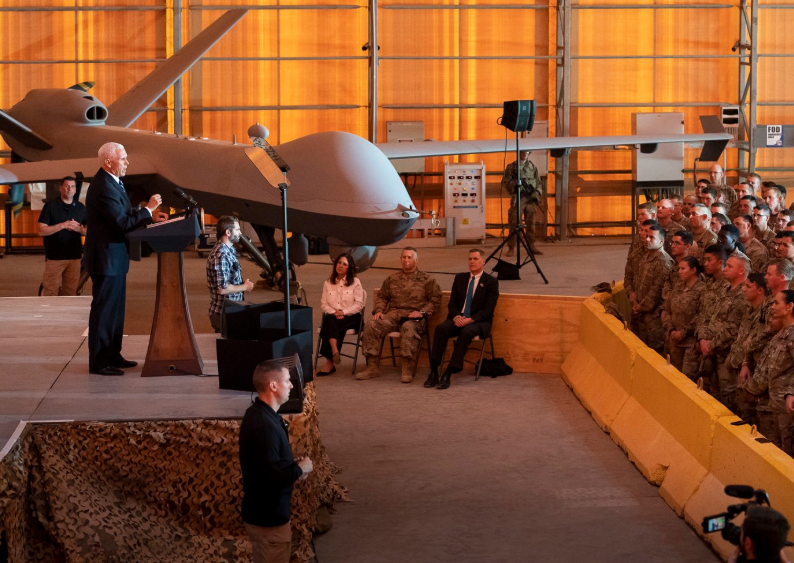