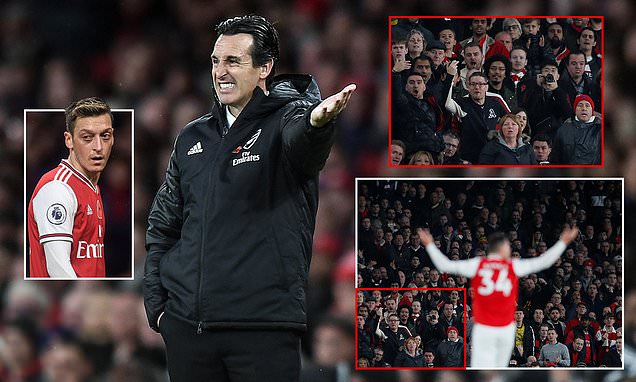 Unai Emery is fighting to keep his job following a dismal start to the season that has seen Arsenal win just two of their last nine Premier League games. 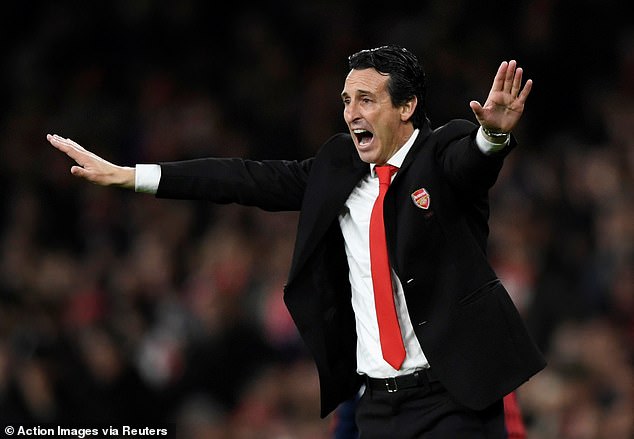 Emery is facing big challenges in trying to reverse his team’s worrying form. Convincing the squad of his methods remains the biggest obstacle.

His players are following instructions but whether they believe in what they are being told is another matter.

Players are struggling to see an authentic identity to how Emery wants them to play. At the start of his reign, the team adopted a high press, but the head coach appears to have ditched that tactic.

Equally, the team showed real intent to play out from the back at the start of the season but that ploy looks to have been sidelined too.

Emery’s treatment of Ozil this season has been privately questioned by his team-mates. The German World Cup winner was left out of the squad for six games in a row before making his return in the Carabao Cup defeat at Liverpool. He also started Saturday’s 1-1 draw against Wolves, but his recent exclusion has left a number of players bemused.

There is a feeling the attacker has much to offer in certain games, particularly at the Emirates Stadium when they struggle to unlock teams who sit back. 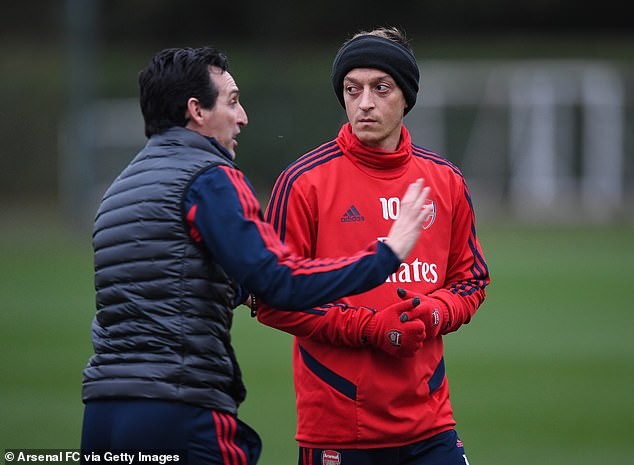 Emery’s insistence on conducting his press duties in English is admirable. But the Spaniard struggles with the language, which is having an impact on his work.

The language barrier has caused players to misinterpret instructions in training and has left them confused.

Sources claim Emery’s grasp of English has improved — but it is still not at a point where players can fully understand him. 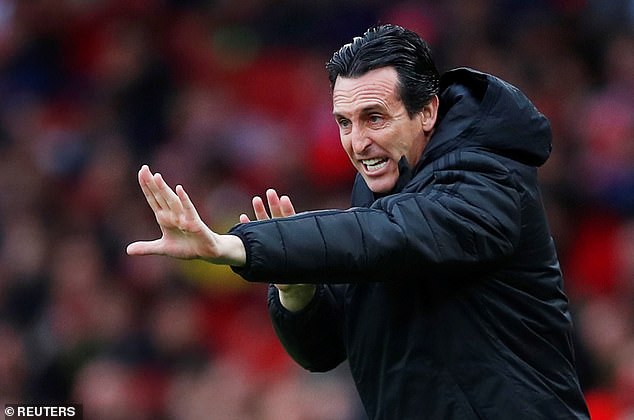 The manager can be quite insular at London Colney. In fairness, when your predecessor is Arsene Wenger you’re fighting a losing battle in the popularity stakes. He doesn’t shut himself away and holds regular one-on-one meetings and is considered amiable enough — but does not possess Wenger’s wit and charm.

He can be guilty of keeping himself to himself though — perhaps not the best way to build a rapport with your squad. He is, however, tight with his trusted inner circle: Juan Carlos Carcedo, Pablo Villanueva and Victor Manas.

Steve Bould, meanwhile, left his position as first-team coach in the summer to take up a position at the club’s academy and Sportsmail understands he was happy to do so as he felt underused in the first-team set-up.

Steve Morrow has been axed following a planned restructuring of the club’s academy recruitment department. The former Gunners defender has been told he is no longer needed. Sportsmail understands as many as eight members of staff have left — or are set to leave — the Emirates Stadium. Among those are believed to be former Chelsea forward Dave Lee, Kevin Beadell and Dan Rice, who all held recruitment positions at the club.

FANS OUT FOR A FIGHT

Once the supporters start to turn you’re fighting a losing battle. Emery appears to be reaching the point of no return with a section of supporters. The boos that have echoed round the Emirates regularly this season have not gone unnoticed by the club’s hierarchy.

The board want to give Emery the opportunity to transform the club’s fortunes, but how long can they ignore calls for Emery to be sacked? Ultimately, that’s what did for Wenger. Towards the end of the Frenchman’s reign, supporters voted with their feet by boycotting games. Emery looks to be treading the same path. Obviously a few consecutive wins would satisfy disgruntled fans in the short term, but do Arsenal really want a man in charge who is constantly fire-fighting? 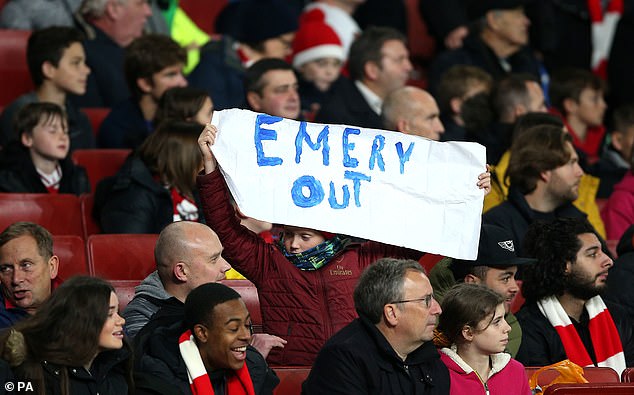 The furore over the captaincy took Emery by surprise. The role isn’t as revered on the continent as it is here. His decision to let the players elect their own captain underlined his view. So calls for Granit Xhaka to be stripped of the armband over his tirade at fans after being substituted against Crystal Palace last month caught Emery on the hop. Emery said Xhaka was ‘wrong’ to react, but if he truly believes that, why does the midfielder remain captain?

Indeed, the Spaniard even canvassed opinion from his players over whether Xhaka should continue as captain. Where’s the authority in that? Likewise, his decision to recall Ozil placed question marks over his level of control. If Emery saw fit to leave him out for six games he obviously doesn’t fancy Ozil. In that case, have the conviction to stand by your decision. It all points towards a lack of leadership. Make no mistake, the players have clocked on. 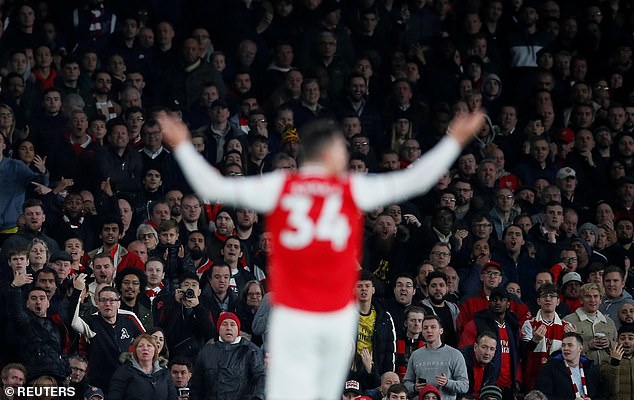