Arsenal chiefs will discuss Unai Emery’s future on Friday morning with the beleaguered Spaniard on the brink of the sack.

Ahead of Thursday night’s clash against Frankfurt, there was a sense Emery would have Sunday’s game at Norwich to help halt their alarming slide.

But the circumstances of Thursday night’s Europa League loss has accelerated the urgency regarding Emery’s future behind the scenes at the Emirates Stadium. 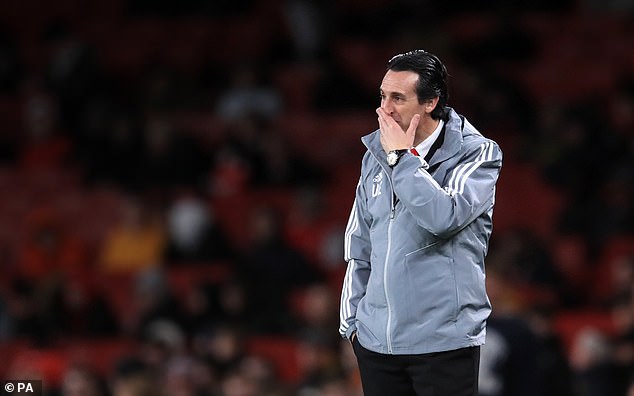 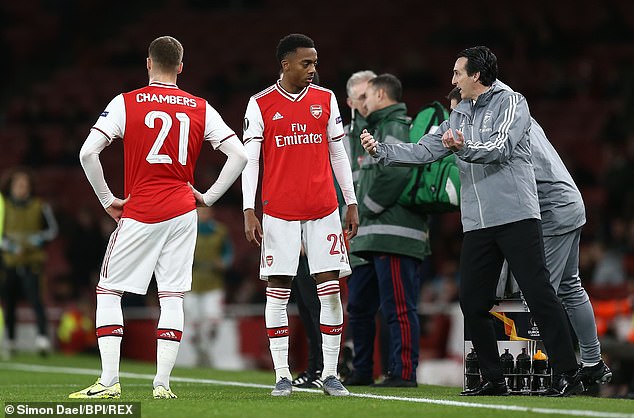 The stadium was largely empty – and the fans that did attend turned on the team and manager.

The Gunners hierarchy will hold crisis talks on Friday morning to make a decision on whether Emery gets the the trip to Norwich as a final chance to prove he is worthy of more time to turn their season around.

However, Sportsmail understands the majority of the Arsenal board are now in favour of terminating Emery’s contract in hope of sparking a turnaround in fortunes.

If they agree on dismissing the former PSG boss, the recommendation of axing Emery will be made to owner Stan Kroenke, who will make the final decision. 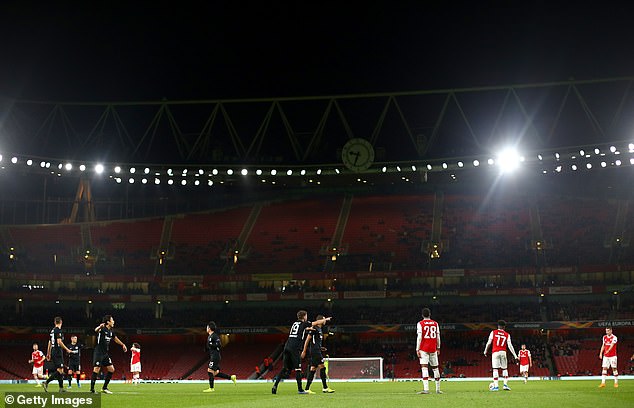 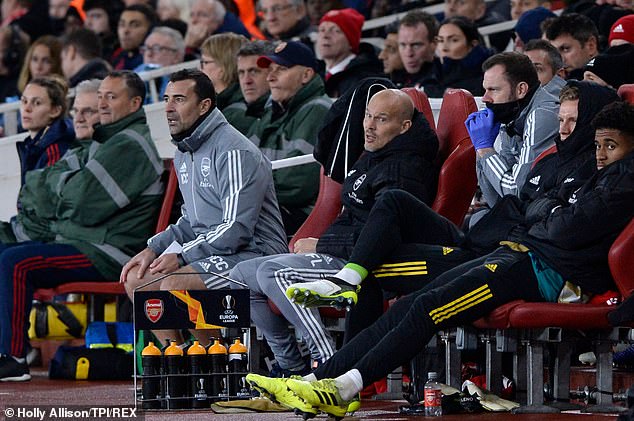 Freddie Ljungberg, now an Arsenal coach, could be a short-term solution as manager 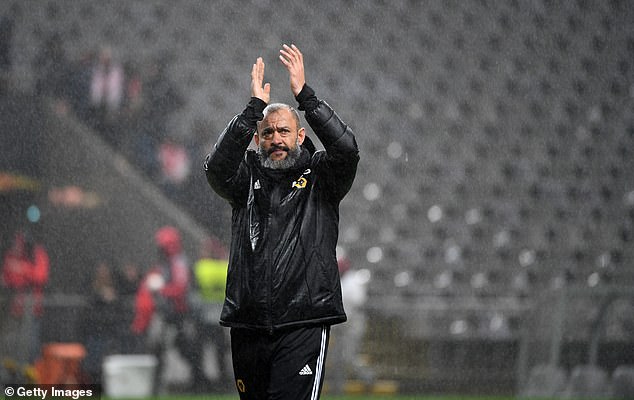 Arsenal are aware attracting their preferred candidates, such as Wolves boss Nuno Espirito Santo, will prove difficult mid-season should they pull the trigger on Emery.

With that in mind a double-act of ex-players Freddie Ljungberg and Steve Bould – who are both coaching at the club – would be considered as a short-term solution.

Ljungberg would be viewed as the figurehead, while Bould, it is understood, will take on the majority of the coaching responsibilities.