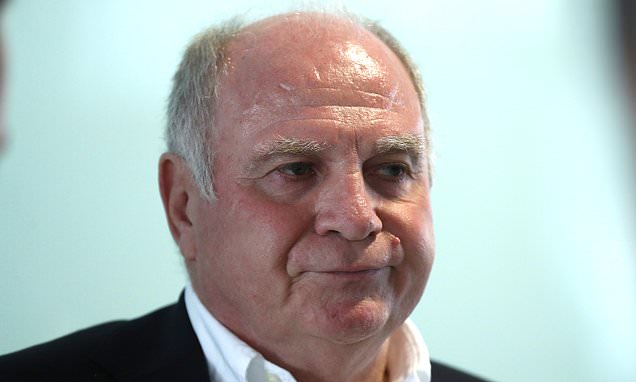 Bayern Munich chief Uli Hoeness has revealed the Bundesliga champions will know more about Niko Kovac’s successor in less than a month.

Kovac was sacked by the club on Sunday night following Bayern’s 5-1 defeat at the hands of Eintracht Frankfurt 24 hours earlier.

And now Bayern president Hoeness has disclosed that the side will have more of an idea of their new boss following the November international break. ‘Everything has been said already about this topic. I think our press release yesterday [Sunday] evening was very detailed,’ he said, as reported by Goal.

‘I can’t say what will happen the next weeks either. It’s not so important now, as we’ve got three weeks now to consider how to deal with it. I think we did well.

‘We always had a good relation to Niko Kovac. We came to a mutual agreement. There is no dirty laundry to wash. I’ve had a phone call with him today, everything is fine. I got the feeling that he is now free from a huge pressure.

‘Now we play against Olympiacos and then against Dortmund. In three weeks in Dusseldorf we will know how to continue.’ 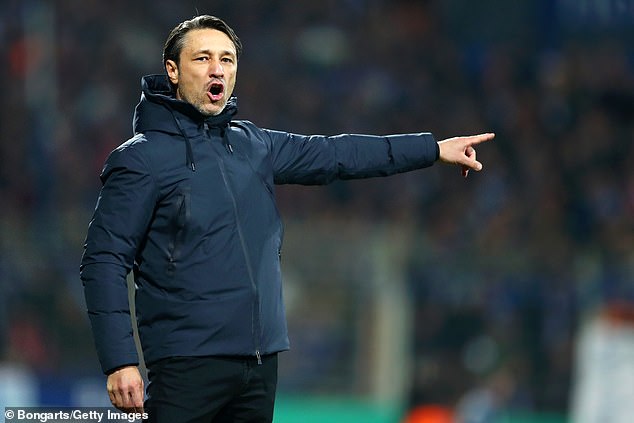