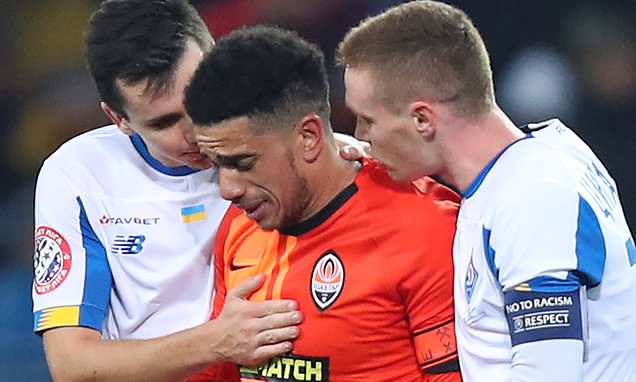 The Ukrainian Premier League on Monday called for an enquiry after a Brazilian player for Shakhtar Donetsk was sent off for responding to racist abuse with an obscene gesture.

Footage of Shakhtar’s game against Dynamo Kyiv on Sunday showed midfielder Taison displaying his middle finger to the Dynamo away fan section and kicking the ball into the stands.

Anti-discrimination group FARE Network said the referee implemented the first two steps of UEFA’s anti-racism protocol – making a stadium announcement and taking players off the field – but didn’t move to the third step, which would be to abandon the game. 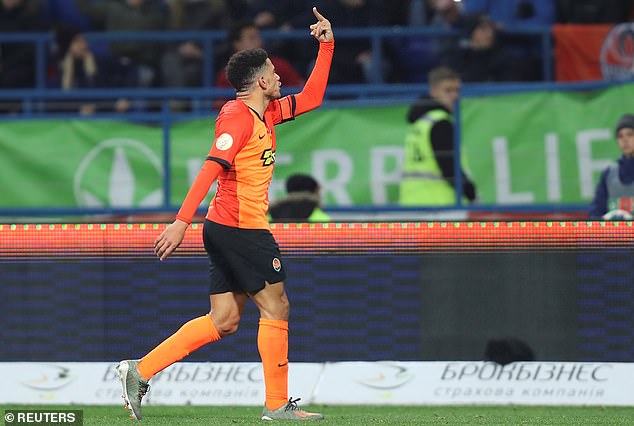 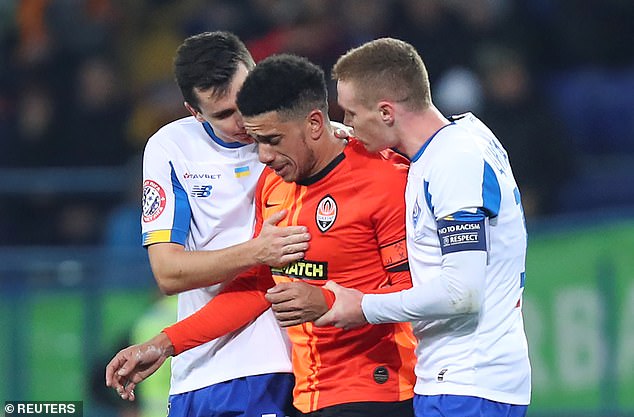 ‘I will never stay quiet after seeing such an inhuman and despicable act!’ Taison wrote on Instagram late Sunday.

‘My tears were of indignation, repudiation and impotence because there was nothing I could do at that moment! But we were taught to be strong and to always fight! To fight for our rights and for equality!

Taison has played eight games for the Brazilian national team. He moved to Ukraine in 2010 with Metalist Kharkiv and joined Shakhtar three years later. 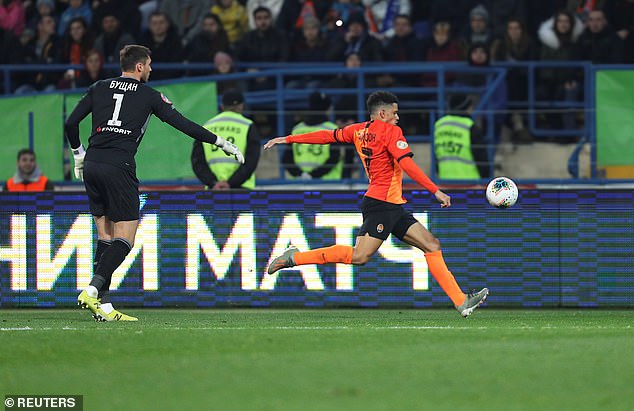 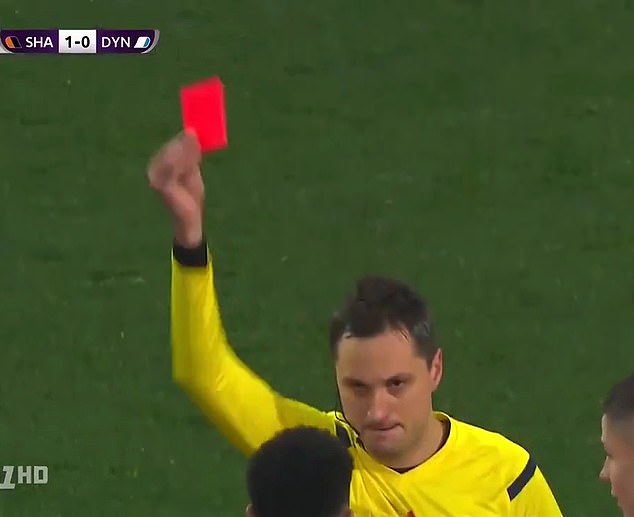 The league said it ‘deeply regrets’ the incident and condemns racism.

‘The UPL believes that the competent disciplinary organ will investigate this case as a priority,’ the league said.

Dynamo has a history of far-right involvement in its fan base.

At a Champions League game against Chelsea in 2015, a group of supporters chased black spectators through the stands and beat them. Since that incident, which led to sanctions from UEFA, Dynamo’s players have often worn anti-racism messages on their uniforms instead of sponsors. 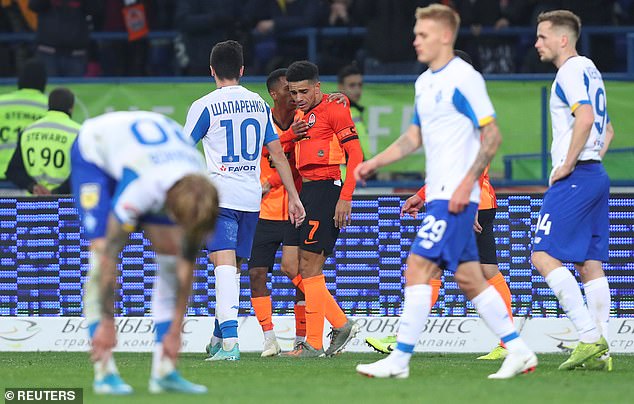 That hasn’t been popular with sections of the club’s fan base. FARE posted a picture of what it said was a sticker made by Dynamo fans ahead of the Shakhtar game reading ‘like racism.’

‘Today my players showed their strong character once again, the character they showed during the whole match,’ Shakhtar coach Luis Castro said after Sunday’s game, which his team won 1-0.

‘I would like now to support all of those suffering from racism, those guys who faced it today, because racism is unacceptable,’ he said. ‘It is, it was and it will be a shame for all, and we all have to fight against it every day, every minute and every second.’