Embattled Chairman and CEO of Air Peace, Allen Onyema is enmeshed in more trouble as the United States District Court of the Northern District of Georgia has issued a warrant of arrest against him.

The U.S. Marshals Service were authorized by the warrant signed by Magistrate of the court Justin Anand, to take Mr Onyema into custody.

The extradition treaty between Nigeria and the United States which allows the extradition of suspects in both countries facing criminal charges, might be invoked following the issuance of the warrant of arrest.

See the warrant of arrest as obtained by Premium Times; 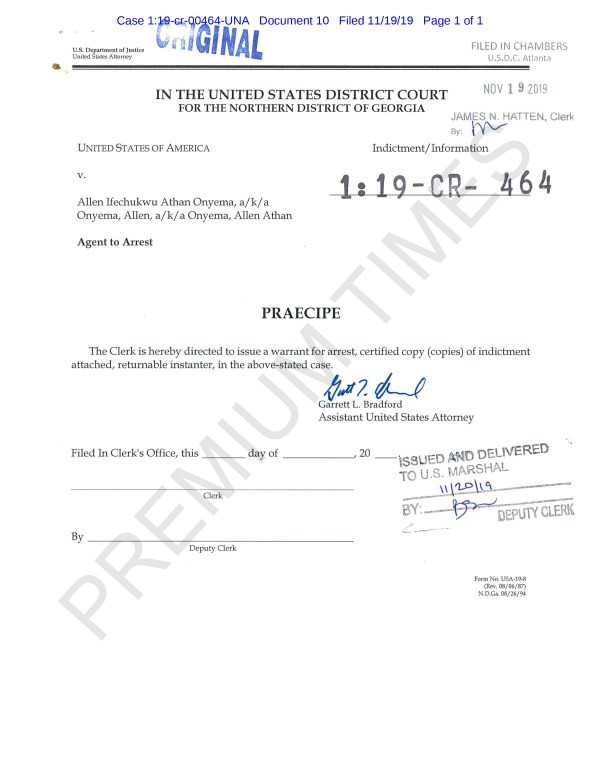 Recall PEARL TV reported earlier that the Chairman and CEO of Air Peace was indicted over an alleged bank fraud and money laundering scheme. Allen Onyema was accused of moving more than $20 million from Nigeria through United States bank accounts in a scheme involving false documents based on the purchase of airplanes.