Boxer Tyson Fury raised more than a few eyebrows when he announced that he’d be joining WWE earlier this month.

Even his own promoter, Frank Warren, was unaware of his plans and immediately raised concerns about the risk of injury ahead of what will be another money-spinning rematch against heavyweight rival Deontay Wilder next year.

Warren may well have had his heart in his mouth when footage emerged overnight of his prize fighter clutching his ankle after being ambushed by on-screen rival Braun Strowman during a training session. 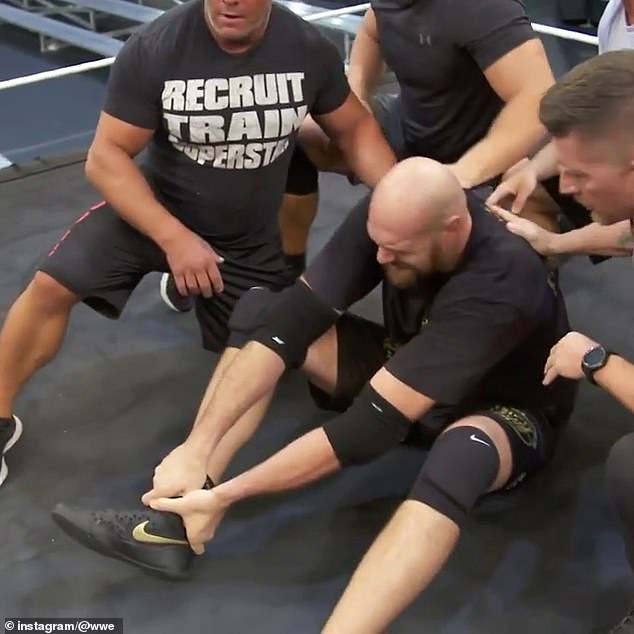 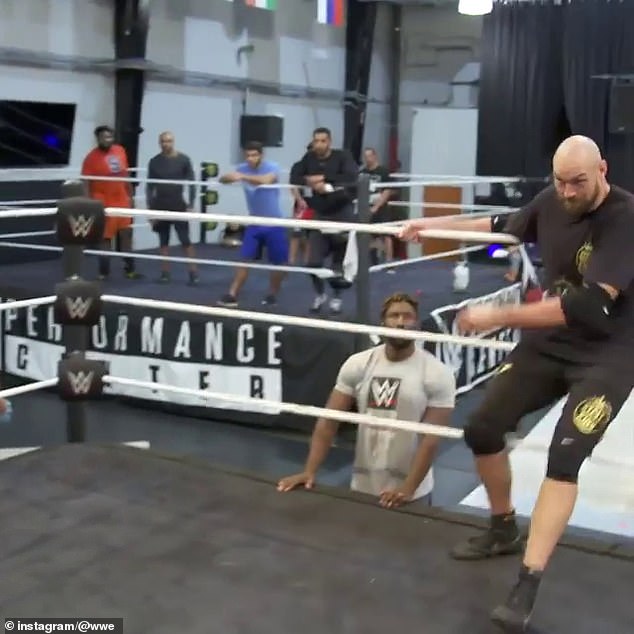 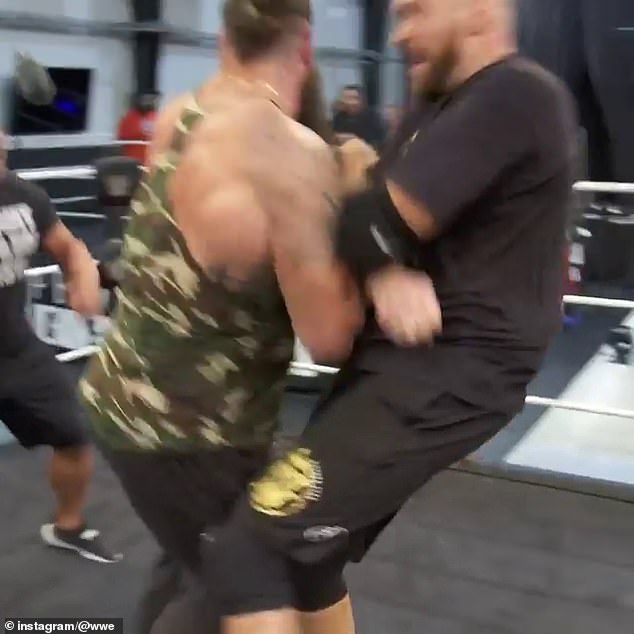 However, he was blindsided by arch rival Braun Strowman who sent him crashing to the canvas 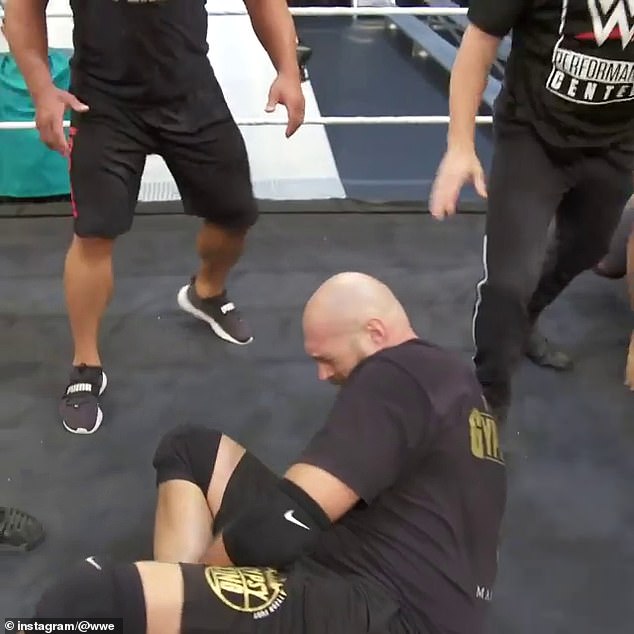 The heavyweight boxer was at the WWE performance centre in Orlando when Strowman launched a surprise attack on the Gypsy King, knocking him to the canvas.

‘Security’ managed to separate the pair and escort the 6ft 8in American out of the facility, but Fury appeared to have picked up an injury after the attack, hobbling as he got back to his feet.

Fortunately for Warren, the footage is seemingly no more than an attempt to build up a rivalry between the pair ahead of their match at the Crown Jewel in Saudi Arabia on October 31st.

The risk of a real injury remains for Fury, however, and that would potentially derail his attempts to claim Wilder’s WBC title belt and cost him millions of pounds on offer in a bout that has been penciled in for February 22 next year. 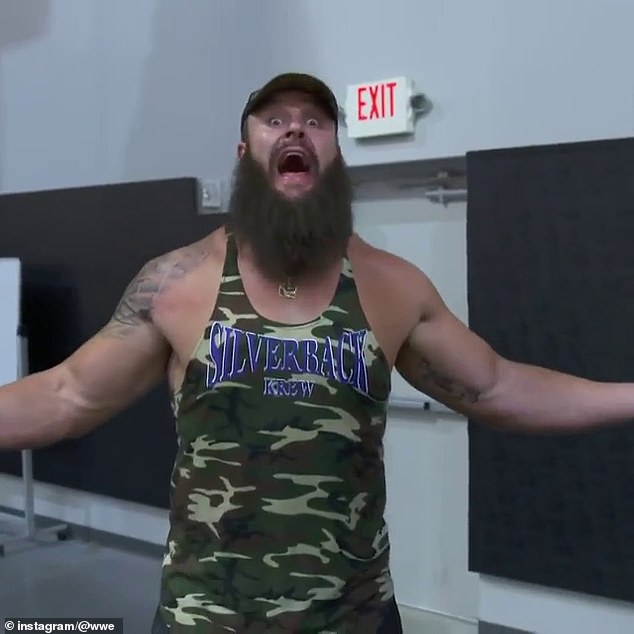 ‘If we lived our lives on ‘what if’ we would never do anything in our lives.

‘I think you gotta take the bull by the horns and get up there and enjoy it because, like I say, this is a once-in-a-lifetime opportunity.’ 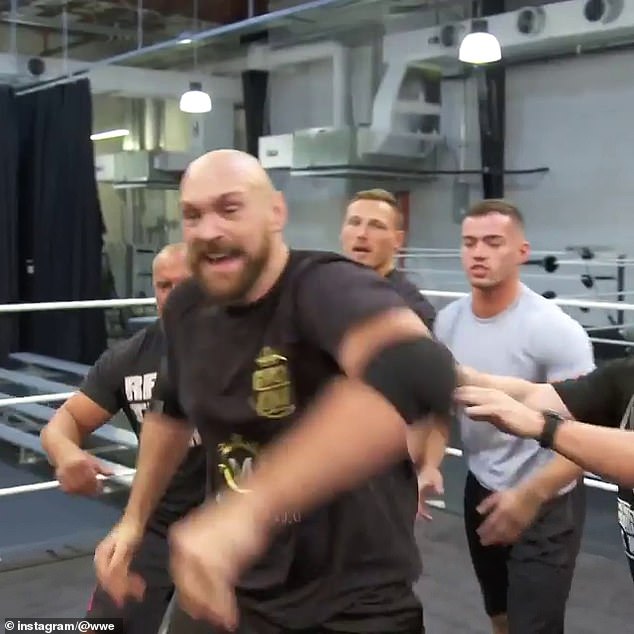 While Warren is less than impressed, former WWE star and executive of the company, Triple H, has been taken aback by the 31-year-old British boxer’s skills as a pro wrestler.

Speaking to ESPN, he said: ‘He is a showman first and foremost, and it’s really what he does. 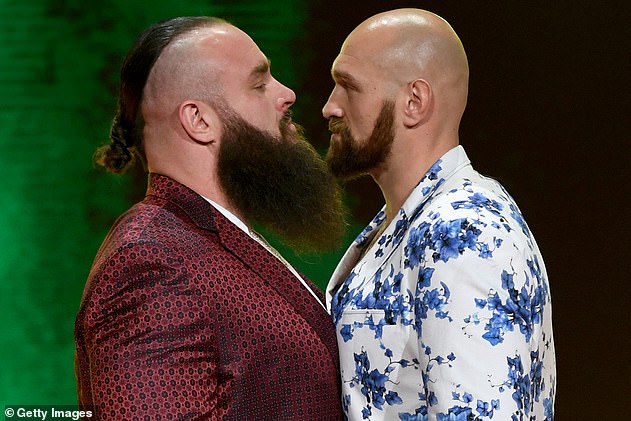 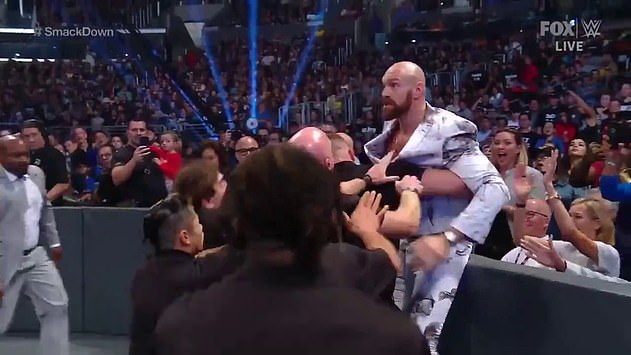 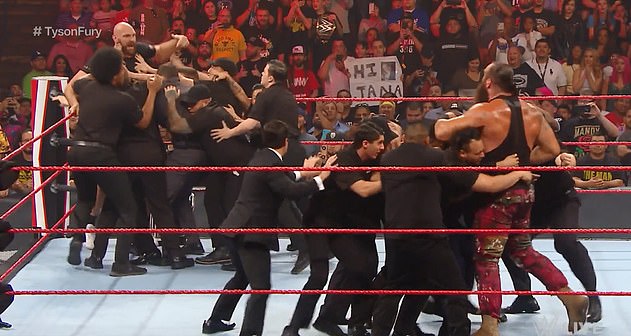 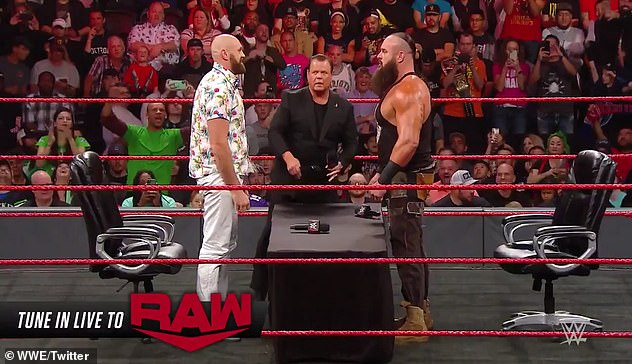 The following week, the pair signed a contract to end their feud in Saudi Arabia in Crown Jewel

‘He is the guy that your eyes are attracted to from a standpoint of just who he is. So [in] that aspect of it, he’s custom-built for us.

‘I was blown away. I sent Vince (McMahon) a video of him about 45 minutes after the first day he was at the Performance Centre, and I said, “You’re not going to believe this, look at what he’s already doing.”

‘He picks it up so quickly because he’s so laser-focused on it. He wants to put on this epic show.’