Harry Kane has become the fastest player in the history of the Champions League to reach 20 goals.

The England forward struck twice on Tuesday evening to help Tottenham fight back from two goals down to defeat Olympiakos on Jose Mourinho’s first home game in charge.

Kane’s double means he now has 20 Champions League goals to his name. 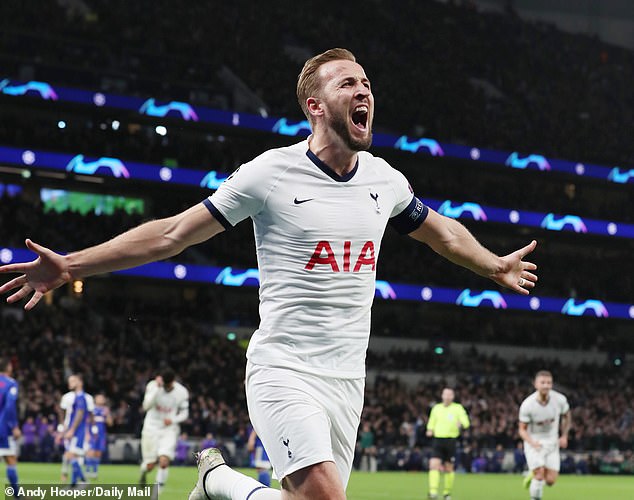 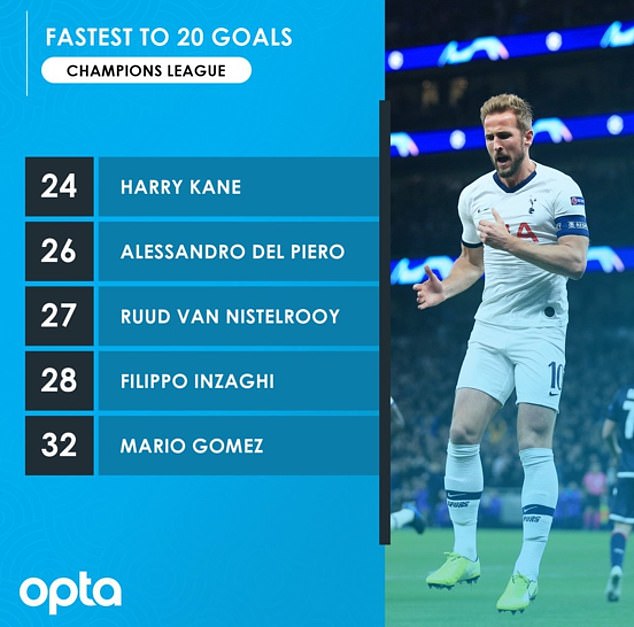 The 26-year-old has reached the 20-goal mark in just 24 appearances – two fewer than it took Alessandro Del Piero.

Kane has also registered 20 goals quicker than legendary strikers Ruud Van Nistelrooy, Filippo Inzaghi and Mario Gomez, who are the next fastest on the list.

Tottenham’s 4-2 victory on Tuesday also meant that they secured their place in the knockout rounds of the competition.

Initially, Tottenham looked like they were in for a bad night at the office as Youssef El-Arabi gave Olympiakos a shock lead in the sixth minute after his effort from distance beat Paulo Gazzaniga.

Things then got worse for Mourinho and co when the visitors doubled their lead after Ruben Semedo poked home from a corner.

Dele Alli brought Spurs back into the game on the stroke of half time, tapping in from close range before Kane got his first of the night to draw them level.

The striker then glanced in a header to put Tottenham in front for the first time of the night and the match was wrapped up when Serge Aurier drilled home a powerful strike.