The regeneration of Dele Alli continued as he inspired Tottenham to their third win under Jose Mourinho with two goals against Bournemouth.

Alli is thriving under Mourinho who has simplified the tactical style since taking control from Mauricio Pochettino.

The first two Spurs goals came from long passes out of defence by Toby Alderweireld.

Both were finished coolly by Alli who has found the net three times in as many games under the new boss.

Mourinho stood to applaud him from the pitch as he was replaced in stoppage time. 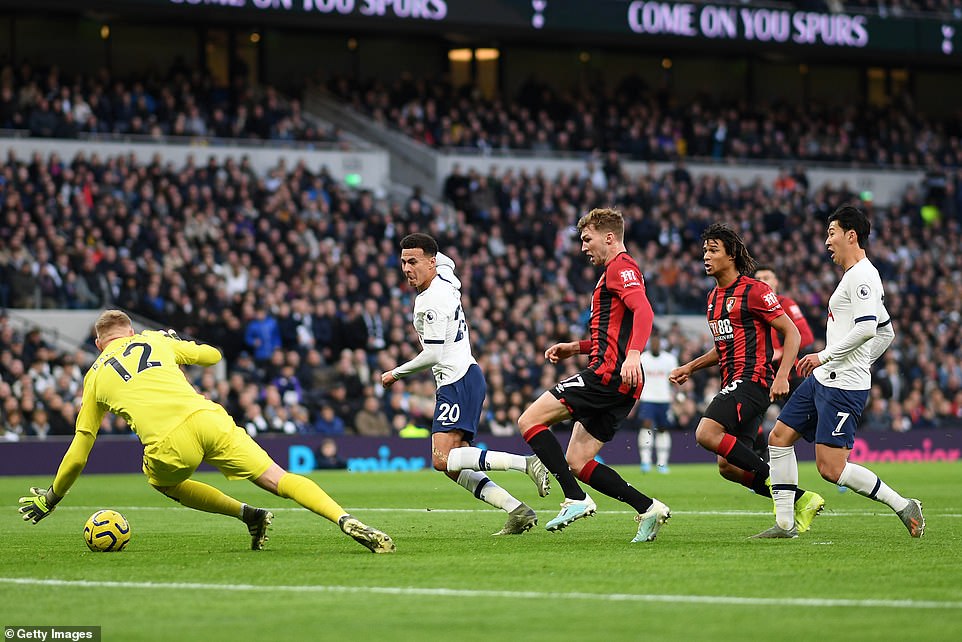 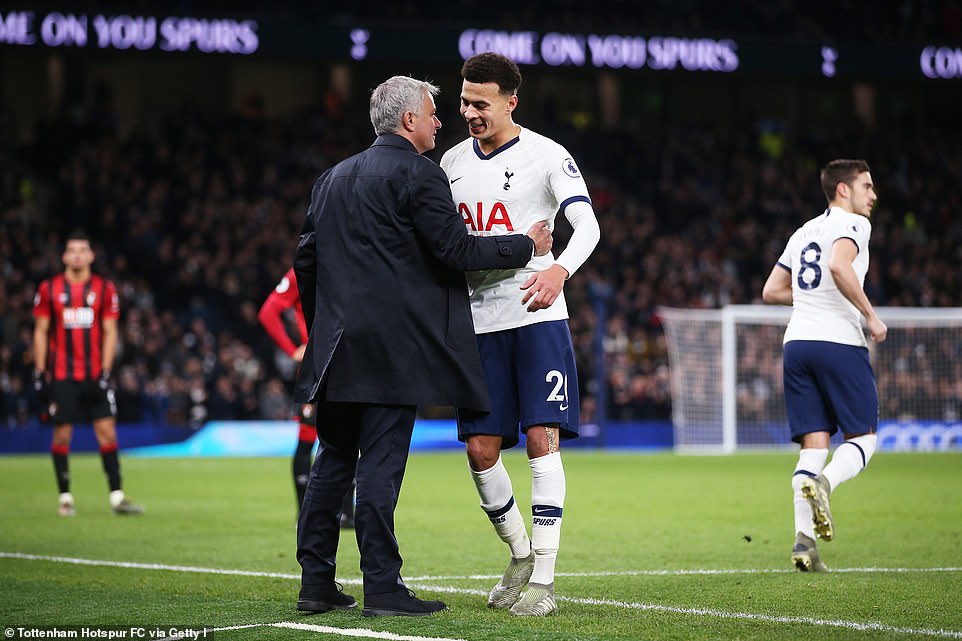 Moussa Sissoko scored the third, his first goal for more than two years as Tottenham stretched into a 3-0 lead.

Harry Wilson reduced the deficit with a wonderful free-kick and a snatched a second in stoppage time.

For Tottenham fans it was a carbon copy of the late scare in a 3-2 win at West Ham one week earlier.

Again they survived to take three points and despite another unnecessarily anxious ending the Mourinho makeover is having the desired effect.

Spurs are climbing the Premier League and into the last 16 of the Champions League. 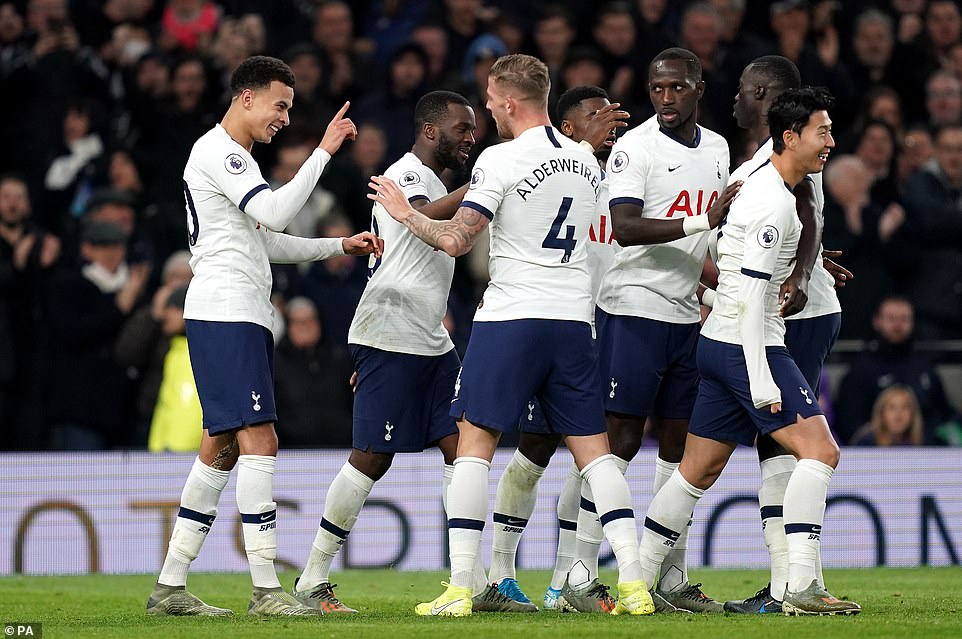 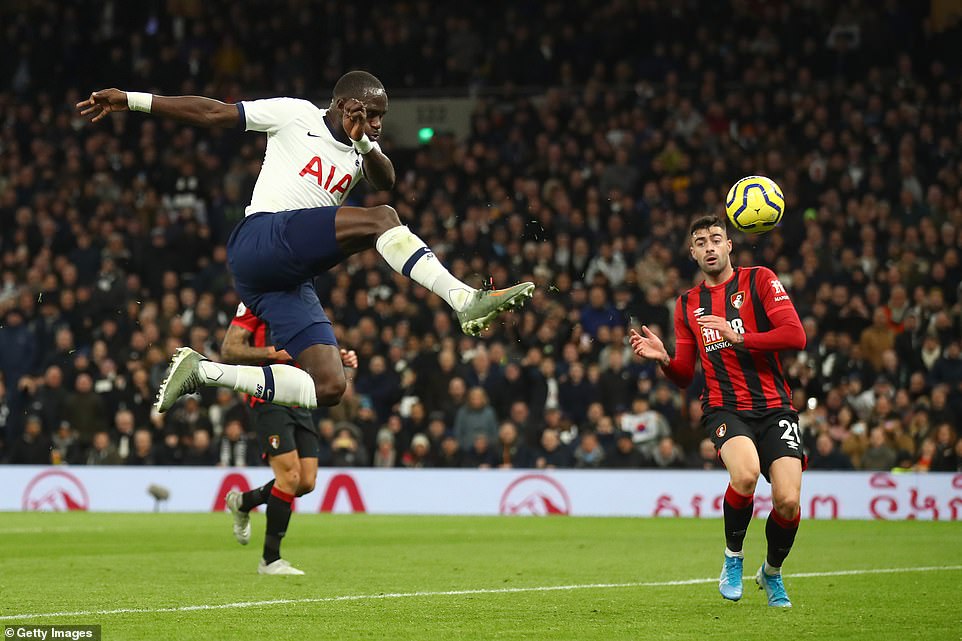 They are quick and menacing on the break, will become stronger at the back and there were even signs of acceptance as Mourinho signed autographs on his way down the tunnel at the end.

There is work to do but three wins is a good way to prepare for his return to Manchester United on Wednesday.

Bournemouth made an encouraging start forcing Paulo Gazzaniga into saves from Arnaut Danjuma and Diego Rico.

Mourinho opted for Jan Vertonghen ahead of Danny Rose at left back in the absence of Ben Davies and protected his back-four with the physically imposing midfield duo of Eric Dier and Tanguy Ndombele.

Clean sheets have proved a rarity for Spurs this season and Mourinho has set out to address this frailty. 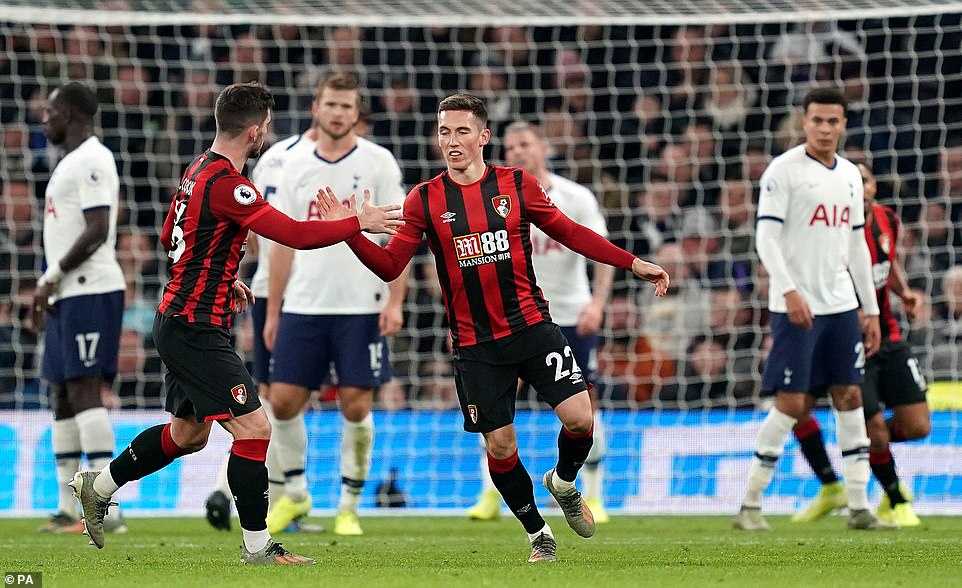 His greatest successes have always been founded on a strong defensive unit and, at Tottenham, he has the players to operate that way and be dangerous on the break.

There was a warning for Bournemouth when Harry Kane released Heung-min Son who fired across goal and wide with his left foot.

Two minutes later, the visitors were trailing and Eddie Howe would have been furious to be punished by an aerial attack on his central defenders. 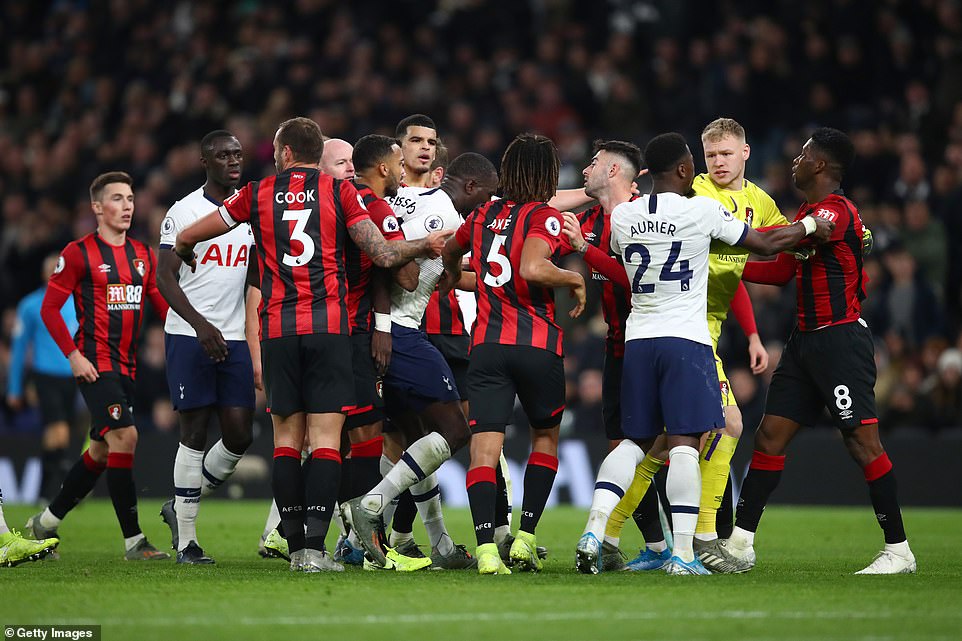 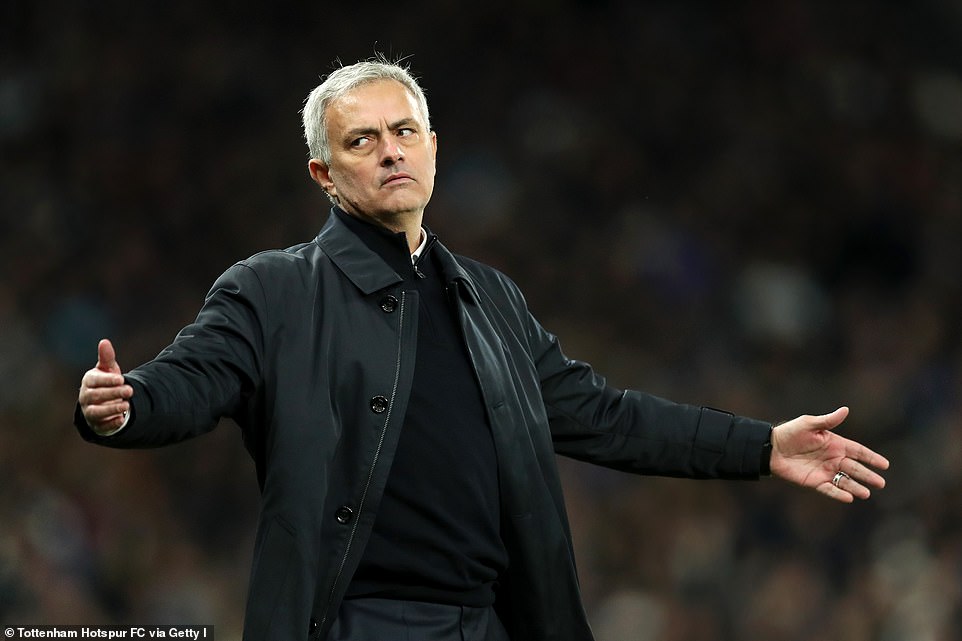 Alderweireld was afforded plenty of time on the ball and launched a long, straight pass forward from the centre of defence.

Son was first to pick up the flight of the ball, met it on the bounce and his touch, although perhaps not intended as a pass rolled perfectly into the path of Alli who finished first time, a side-footer to beat Aaron Ramsdale as he advanced.

Ramsdale saved from Kane at the near post and Davinson Sanchez had a goal ruled out for handball before Alli struck again, five minutes into the second half.

Once more, it was a goal of staggering simplicity and it came from the same unlikely source.

Alderweireld, channelling his inner Rudi Krol, fired the ball long and Alli took it down on his chest as he made a run inside from the Spurs left.

His touch was sound and he had the strength to hold off full-back Jack Stacey before clipping a shot past Ramsdale. 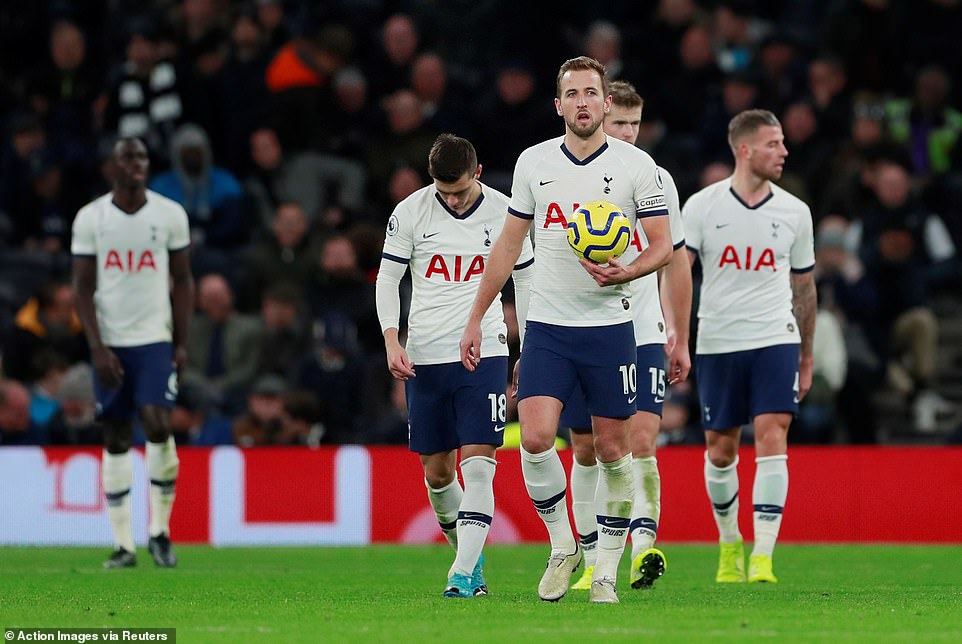 Alli started the move for the third with a pass to Son who crossed deep from the left to Sissoko, who leapt high to produce an athletic volley which flew past ‘keeper Ramsdale.

Bournemouth substitute Harry Wilson pulled one back with one of his exquisite free-kicks, curled over the wall from 25 yards.

Mourinho’s hopes of a first clean sheet went out of the window and it made for an anxious final few minutes.

Wilson scored his second from a cross by Danjuma who skipped past Sissoko on the wing.

Vertonghen was required to make a late saving tackle to protect the lead but Spurs made it to a third successive win since the exit of Pochettino. 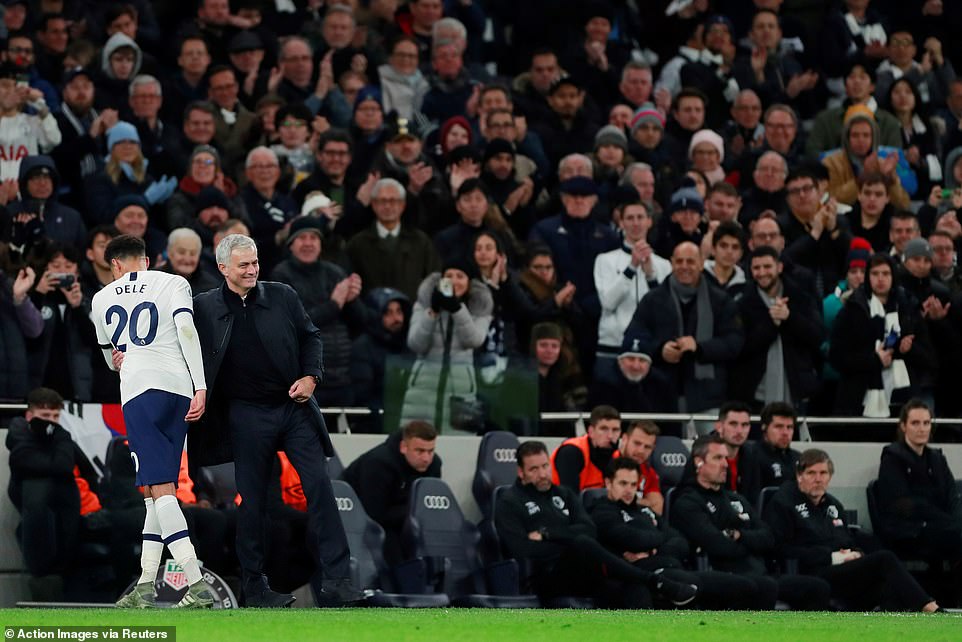 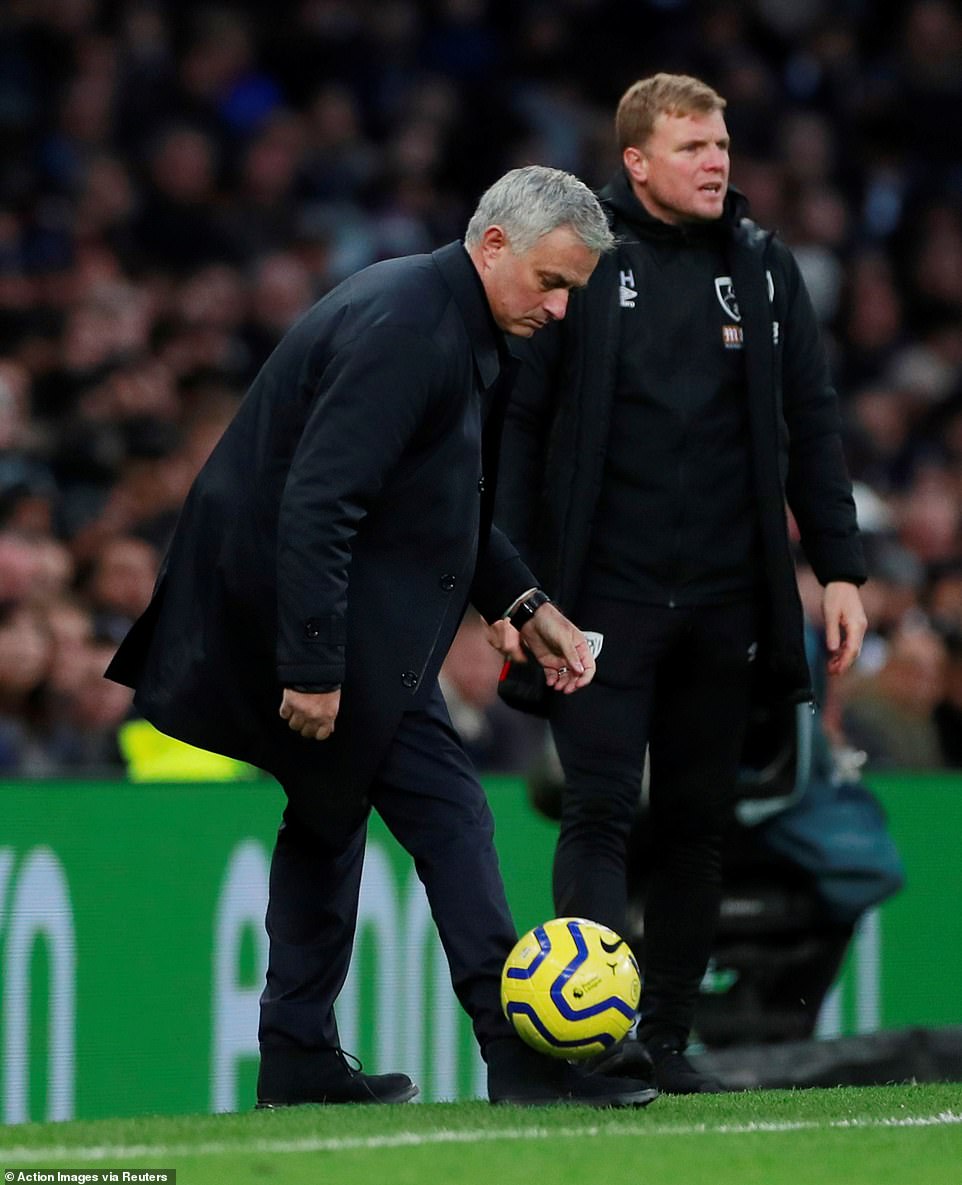 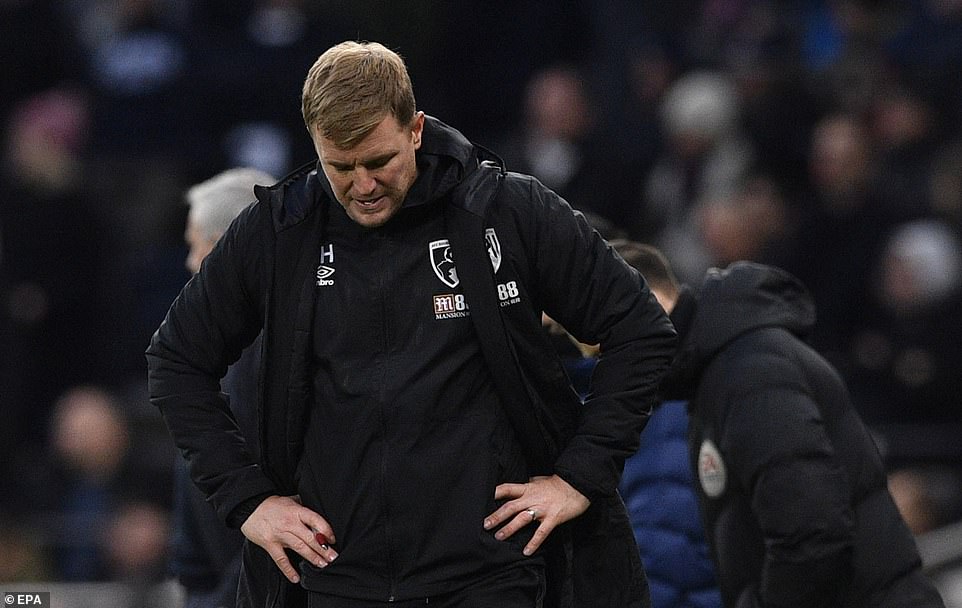