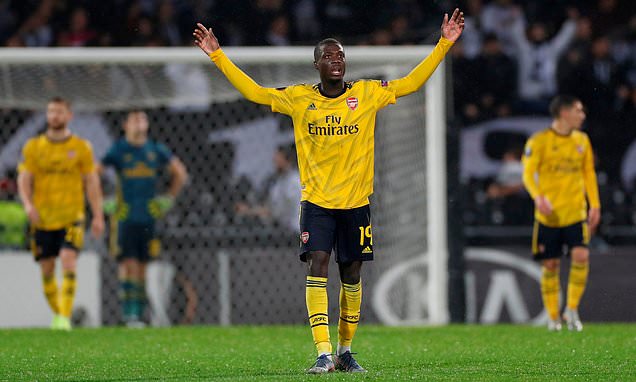 Thierry Henry has told Arsenal fans to give Nicolas Pepe time to adapt to the Premier League following his £72million move from Lille.

The Arsenal legend believes Pepe, who has scored just three goals in 15 appearances, should not be blamed for the club’s recent topsy-turvy form as the whole club is to blame. 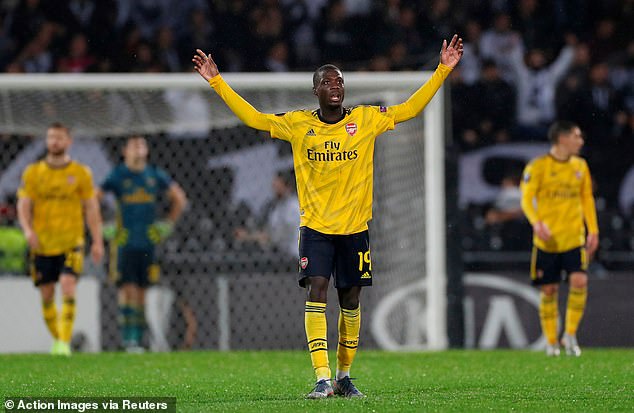 ‘He needs to make sure he doesn’t listen to that and go out and perform.

‘People need to forget about the price tag.

‘He didn’t ask to be bought for that amount of money himself.

‘It’s not always easy to arrive in a team, adapt to a new style of play.

‘The Premier League, as we know, is not the same as the French League or any other league, by the way.

‘So he needs to adapt to that. We need to give him time.

Arsenal currently sit sixth in the Premier League table with Unai Emery under intense pressure due to their poor form.

Emery is among the favourites to become the next Premier League manager to be sacked with Ralph Hasenhuttl of Southampton and West Ham’s Manuel Pellegrini also at risk.