" > The Family Firm: Harrogate boss is the son of the owner...but he'll get no favours - Pearl TV official site 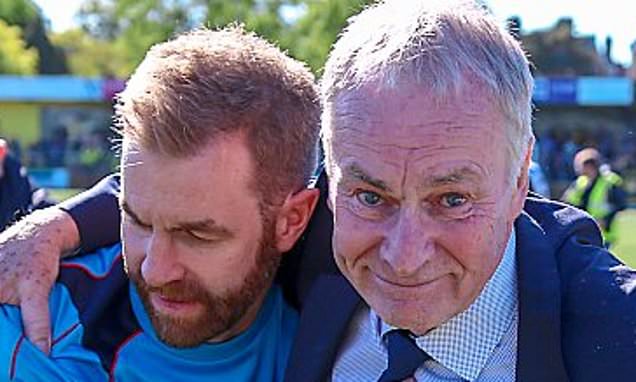 Simon Weaver cheerfully admits that, despite being his league’s longest-serving boss, he is not even the most famous manager in his own town.

When it comes to well-heeled Harrogate that distinction belongs its most famous resident, Gareth Southgate.

The 41-year-old in charge of Harrogate Town is, however, steadily gaining more visibility in this corner of Yorkshire redolent of tea shops and old money. 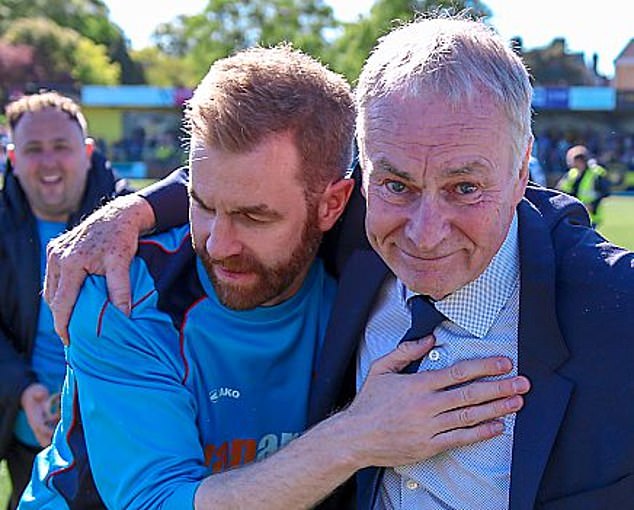 Sitting seventh in the National League and at their all-time high in the pyramid, they take another leap on Monday night when entertaining 2008 champions Portsmouth in the FA Cup first round.

The relative giants from the south coast will find themselves up against not just a football team, but something akin to a family firm.

For Harrogate operate under the highly unusual set-up of the club being owned by the father of the manager.

This is a potentially delicate subject, and Weaver is not so naive to ignore that some people may connect his 10-year tenure to the identity of the club’s main benefactor.

At the same time he points out that he was appointed prior to the involvement of his father Irving, whose successful Strata Homes business has seen him feature several times on the Sunday Times rich list.

Weaver explains how he got the job at a youthful 31, when the club was being run by the late Bill Fotherby, managing director at Leeds during their glory years of the early nineties.

‘Bill appointed me when I had no managerial experience,’ says Weaver. ‘ Our football budget was £1600 per week and we were struggling financially. Bill said we would have to drop down two divisions to stabilise the club, and he asked if I might approach my father, who he knew was in business.

‘He had backed my brother when he went into business and this was a case of him backing his other son. Both my parents were big Sheffield Wednesday fans.

‘We knew that it would be difficult and that there would be certain perceptions, which is still the case ten years on. Fortunately it has worked, and things here have got better and better.’

There was certainly nothing of the silver spoon about Weaver Jr.’s playing career, which was spent as a well-travelled and notably uncompromising defender around the lower and non-leagues.

‘It’s important that I was appointed before my father was on the scene. We are competing with a lot of ex league clubs and it’s not easy. It’s not as if we have been smashing it financially, paying out for lots of players from higher leagues.

‘If you look at the players we have got most have come from the Conference North and have improved themselves. Jon Stead (Harrogate’s one-time Blackburn player and highest profile player) has not been getting that much game time.

‘What I’m not interested in doing is building up a massive wage bill and deficit, because that doesn’t really mean anything.

‘The fact that my father owns it is actually a massive driver for me to prove myself. I haven’t had anything given to me, I was a player, I’ve done my A license. It is what drives me every day to excel and help others here do the same.

‘I am ambitious myself to go higher in the game. It would be perfect if we could move forward here, build the fanbase and do something similar to what Burton Albion have done.’ Has he ever wondered what might happen if it ever came to a situation when father felt he might have to dispense with son?

‘I think we would bow out together, we win and lose together. I think we would have to be mature enough to say it’s not working, but it has been working and everyone around here has embraced the family feel of the club.’

Portsmouth can indeed expect a warm welcome off the pitch, if not on it.

‘My teams are known for their hard work and fast moving football. We are a good passing team for this level. I was brought up watching Sheffield Wednesday under Ron Atkinson.

‘The level I have played at it is about maximising what you have got. We have got to look at playing Portsmouth as a massive opportunity.’ The exact scale of his father’s investment is not known but the 3G pitch surrounded by neat stands and terraces cost £500,000 alone ( in the event of further promotion it will have to be ripped up, despite its wide-ranging community use).

Together they have brought Harrogate to a point where they are now above nearby York City.

Both places have branches of North Yorkshire’s famous Betty’s Tea House, with their encounters of recent seasons dubbed by the locals as ‘El Bettico’.

Featuring in Monday night’s televised game will be speedy midfielder Jack Emmett, who came through the club’s junior ranks, and made his debut while a sixth-former at the town’s rugby-playing Grammar School.

Emmett has the distinction of holding a first class degree in accountancy from Loughborough University. One of four graduates in the Harrogate team, he spent a year working for a firm in Leeds but has put wider career plans on hold to play full-time.

‘What we have now is night and day from when I was first playing here.’ he says. ‘The pitch had a big slope and there were virtually no stands around it, and you might get a couple of hundred watching (the average is now 1500).

‘Growing up in Harrogate I didn’t see football as a career but the standards here of everything are very professional and there is also a nice family feel.

‘You can tell it has changed because if I used to walk around town or was on a night out nobody would take any notice, but now lots of people come up and want to talk about football.’