A Taxify driver simply identified as Gabriel Wisdom, was reportedly killed by yet to be identified persons who ordered for his service on the hailing app.

The suspects shot Wisdom and went away with his white Toyota Corolla on Friday November 22nd. His body was discovered on Saturday at Abijo around Ajah axis in Lagos state.

Gabriel’s friend, Kusedenva Deji, who shared the sad story online, said Gabriel was on Hire Purchase and would have finished paying for the vehicle he was using for his transportation business this December.

”Wisdom a Taxify driver was killed on Friday night by men who order for his ride. He was killed at abijo and his car taken away,

Please the public should assist to repost to make sure taxify takes up this case to investigate through SCID get the call logs and location of this guys. Its doable and a lot have done it.

Taxify need to protect her agents and also the riders because we all will be affected when drivers decline night movement or don’t carry more than one person.

This is a fight for each n everyone of us. It could be anybody. Lend wisdom your voice so justice would be served 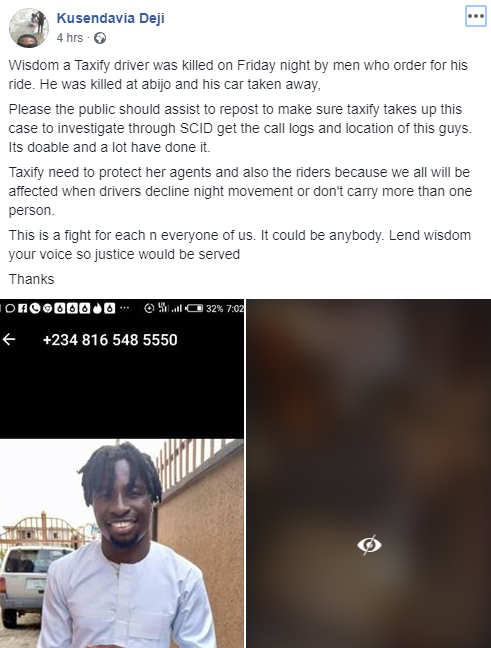 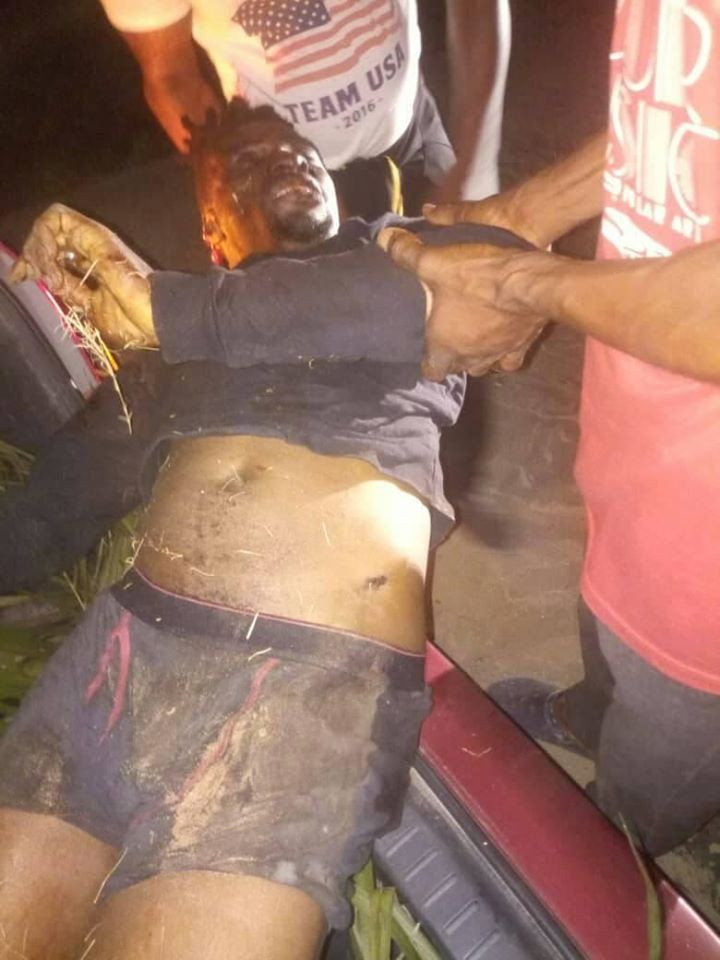