Stefanos Tsitsipas made it sixth time lucky with a surprise win over fellow ATP Finals debutant Daniil Medvedev in their opening round-robin match.

Sixth-seed Tsitsipas had a record of played five, lost five against Medvedev, who was this year’s US Open runner-up having enjoyed a stellar breakthrough season. 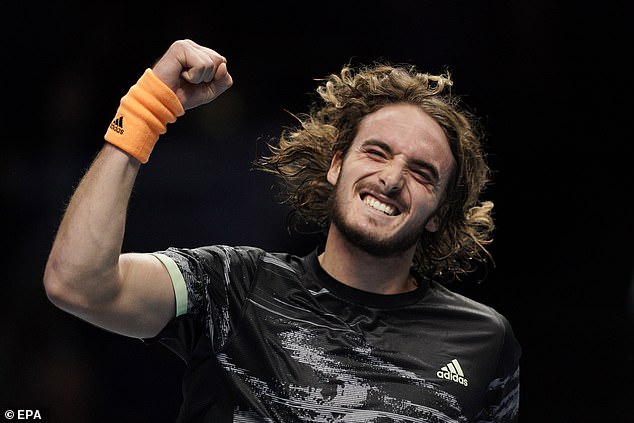 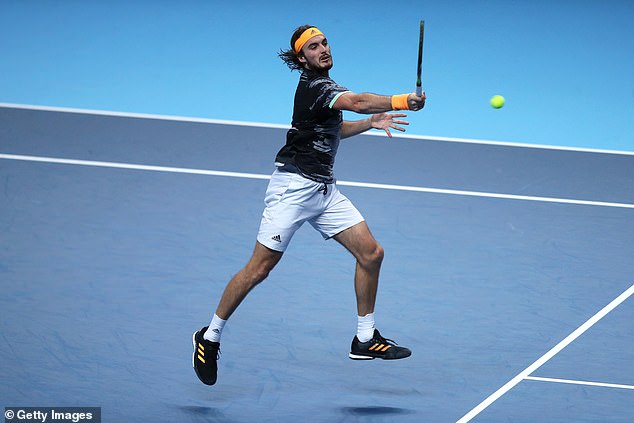 Tsitsipas had a record of played five, lost five against Medvedev before Monday’s group match

Russian Medvedev, 23, has won more matches than any other player this year, his total of 59 victories being five more than Novak Djokovic has managed.

But he could not manufacture a single break point against the dogged Tsitsipas, who secured the only break of the match at 5-4 in the second set before serving out.

Tsitsipas said: ‘It was one of the toughest, most important victories of my career so far.

‘I gave myself a big boost, I kept believing, kept fighting, believing in myself, and that last game was one of the toughest.

‘It’s such a relief. It’s not easy coming in knowing you lost five before, but I made a deal with myself to keep trying.

‘I had great support, there are Greek flags everywhere, it feels like I’m playing in Athens. I had goosebumps.’ 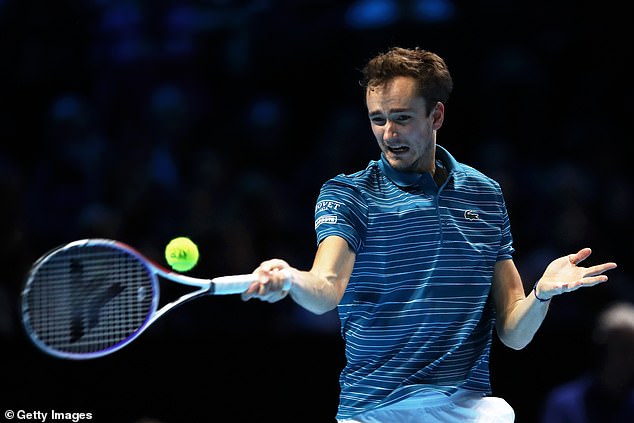