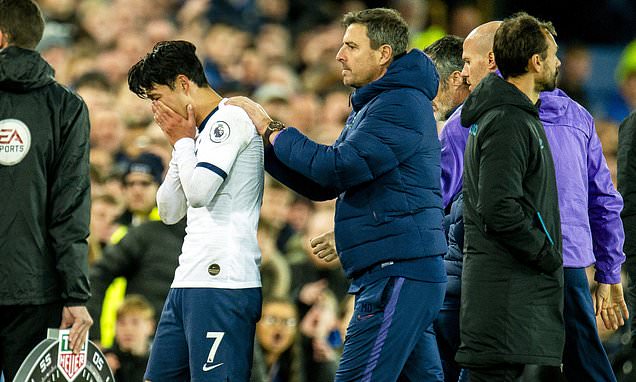 Son Heung-min’s red card for the tackle which left Everton’s Andre Gomes with a horror injury has been overturned by the FA.

The Tottenham star was dismissed in the second half following a challenge on Gomes which resulted in the Toffees midfielder suffering a fracture dislocation of his right ankle.

The FA Spokesperson Tweet on Tuesday read: ‘Heung-min Son will be available for Tottenham Hotspur FC’s next three domestic fixtures after an independent Regulatory Commission upheld a claim of wrongful dismissal. 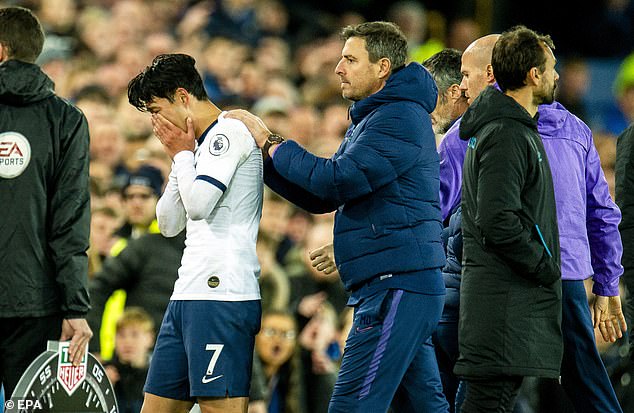 ‘The forward was sent off for serious foul play during the Premier League fixture against Everton FC on Sunday 3 November 2019.’

The incident during Sunday’s game shocked the world of football as the Portuguese lay injured on the turf.

But replays did appear to show there was no intent from the South Korea international to injure his opponent.

Son made the challenge from behind and did not win the ball, before Gomes then collided with the on-rushing Serge Aurier. It appeared that the former Barcelona got his foot caught in the turf. 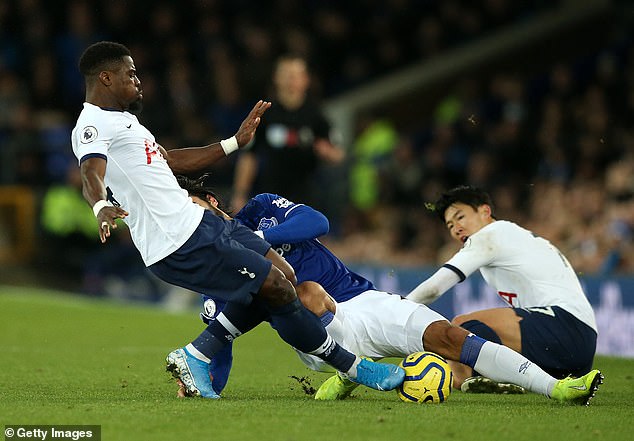 Son’s challenge from behind came first, before Gomes appeared to catch his foot in the turf

The Tottenham midfielder was said to have been left devastated by the injury to his fellow professional, and the club have offered the player counselling to help him recover psychologically from the incident.

Meanwhile, Gomes underwent surgery on Monday, with Everton confirming that it had been carried out successfully.

The Toffees have not put a timescale on the midfielder’s return to action.