Sir Mo Farah has announced he is ‘back on the track’ and will aim to compete in the 10,000 metres at next year’s Olympic Games.

Farah has won double gold at each of the last two Olympics, taking the 5,000m and 10,000m crowns in London and Rio, but switched his focus to the marathon in 2017.

Farah won the Chicago Marathon in 2018 but has decided to return to his old stomping ground, saying on his YouTube channel: ‘The big news is I’m back on the track in the 10,000m in Tokyo next year. 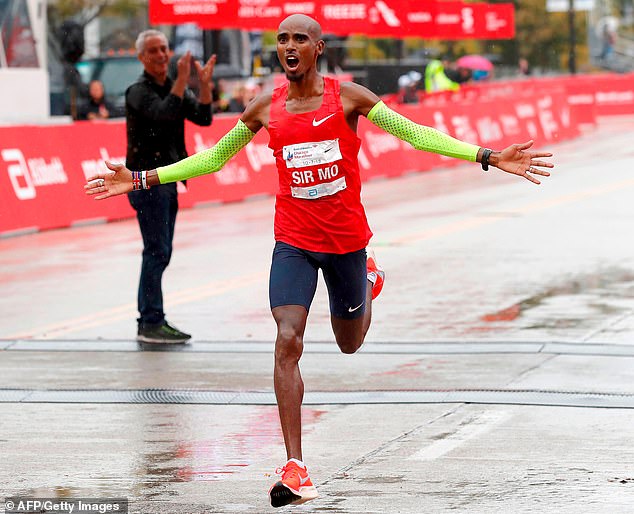 ‘I hope I haven’t lost my speed but I’ll train hard for it and see what I can do.’

The 36-year-old enjoyed considerable successes during his time at the longer distance, notably taking 37 seconds off the European record with a time of two hours, five minutes and 11 seconds during his Chicago triumph.

But he never matched the dominance of his earlier career and indicated last year that he would reverse his decision to retire from track competition if he felt it improved his chances of another Olympic victory.

‘To win the Chicago Marathon was nice, to finish third in London was OK, it was good. It’s been a learning curve for me,’ he continued. 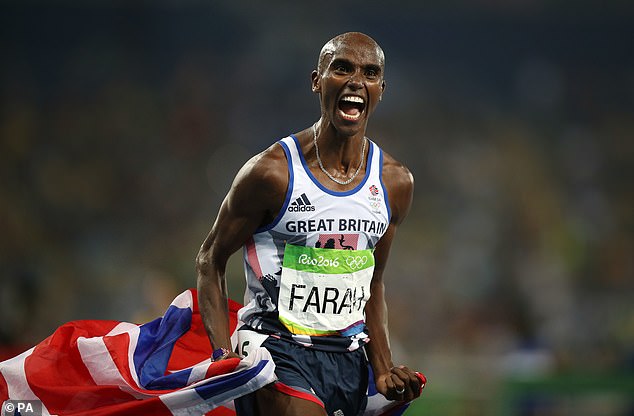 Farah has seemingly been managing conflicting emotions over the past year, admitting he missed the regular competitions offered by track racing but also repeating his stated ambition of winning the London Marathon.

An eighth-placed finish in Chicago in October may have proved the catalyst for his change of heart. A week earlier Joshua Cheptegei of Uganda had inherited Farah’s 10,000m crown at the World Championships, and the Briton will now look to reassert himself on a field he once ruled.

Speaking to Virgin’s Chris Evans, he explained: ‘I decided after Chicago, not straight away, but it was on my mind.

‘I was watching the World Championship in Doha. I watch the 10,000 meters, and watch other races, and part of you gets excited.

‘You’re seeing people winning medals, for your country and stuff, and you ask yourself. It almost felt like I needed to be there.’ 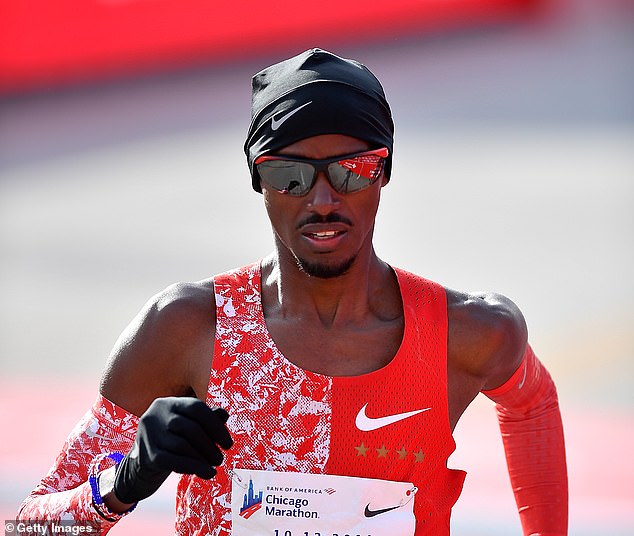 The news comes just a day after UK Athletics announced it had commissioned an independent review into its dealings with Farah’s former coach Alberto Salazar, and the now mothballed Nike Oregon Project.

The American, who worked with Sir Mo Farah from 2011 to 2017, was banned for four years by the US Anti-Doping Agency (USADA) in October for violations of its code, but this month announced he would be challenging the sanction at the Court of Arbitration for Sport.

Farah has never failed a drugs test and has always strenuously denied breaking any anti-doping regulations.

The independent review, led by sports law barrister John Mehrzad, is expected to publish its findings ‘in or around spring 2020’ on a range of specific questions relating to UKA’s response to allegations against Salazar in 2015 and 2017.