Tyson Fury refused to drink a bottle of water during a post-fight press conference after beating Deontay Wilder to become the WBC heavyweight champion of the world.

The Gypsy King overcame the Bronze Bomber and became the first boxer to win every major world title in the heavyweight division at the MGM Grand in Las Vegas on Sunday morning. He earned a seventh-round TKO victory in their rematch.

In the video below, his trusted coach and former WBO middleweight champion, Andy Lee, was seen handing a bottle of water to Tyson Fury, who then took it and gave it back to him immediately after asking where it had come from.

Before the post-fight press conference, the Briton who had not yet undergone drug testing decided to turn the water away over fears it may have been spiked with a banned substance.
Watch the video below.

Andy Lee tries to hand a bottle of water to Tyson Fury, but when the Champ finds out where it came from he gives it straight back. 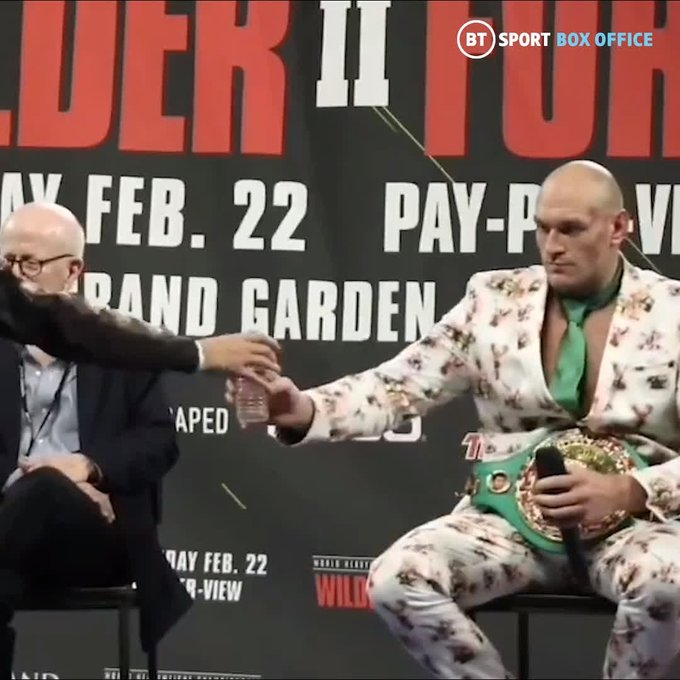 1,531 people are talking about this