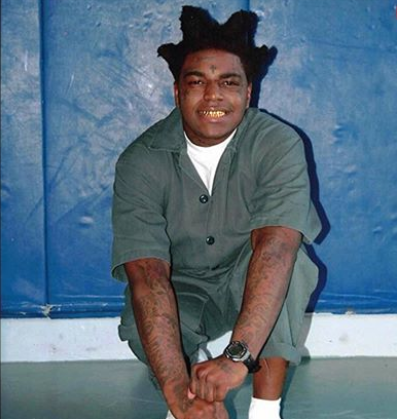 Kodak Black has been sentenced to 46 months in prison on weapons charges.

U.S. District Court Judge Federico Moreno sentenced the rap star for lying about his criminal record while purchasing or trying to purchase several pistols on two separate occasions at Lou’s Police and Security Equipment in Hialeah.

The American rapper’s verdict is much lower than the maximum 10-year sentence he was facing.

As previously reported, Kodak was arrested on May 11 while on his way to perform at the Rolling Loud festival. He was granted release on $550,000 bond on May 15, but a federal judge revoked it less than three weeks later, calling him “a danger to the community because he wants to have access to guns.”

Kodak pleaded guilty to the weapon charges in late August.

He had been previously indicted on sexual assault charges in South Carolina in 2016, and was out on bond at the time of his arrest in Miami. Kodak was also arrested in mid-April at the U.S.-Canada border for possession of marijuana and a firearm.

The government argued Kodak be sentenced to 8 years, alleging he was involved in a prison fight that left one prison guard in a hospital. The judge rejected that recommendation after further evidence proved the rapper was under the influence of a controlled substance when he attacked the guard, who is still in the hospital awaiting surgery. Kodak’s lawyers insinuated that Kodak was drugged and instigated into the altercation by a gang member.

Sentencing, Moreno told the 23-year-old rapper: “Young people do stupid things. But the problem is that you’ve been doing stupid things since you were 15.”

After he was sentenced, Kodak took to Instagram to ask his fans to hold it down for him till he’s out of jail.

Sharing a photo of himself in prison uniform, he wrote: “Hold It Down While I’m On Lock. Calling Shots From The Box #Literally” 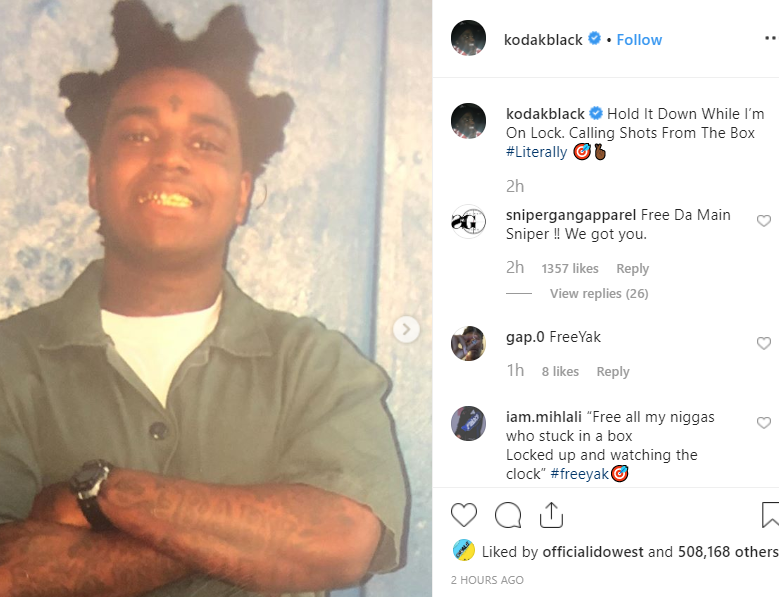