The Davis Cup in its new guise reached an emotional climax last night when the host nation took the title through Rafael Nadal and a recently-bereaved compatriot.

Spain defeated Canada 2-0 in the final at the Caja Magica, with the platform set by their number two Roberto Bautista-Agut, who lost his father only last week.

Rafael Nadal then finished things off on a highly-charged evening for the team who defeated Great Britain 2-1 late on Saturday night. 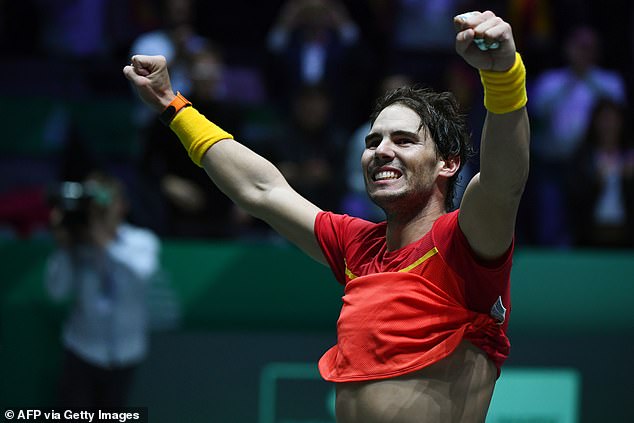 Bautista-Agut had left the squad four days previously when his father’s condition deteriorated, but returned to the bench at the weekend following his passing.

He was called up after Feliciano Lopez’s straight sets defeat by Kyle Edmund, and proceeded to defeat 19 year-old Felix Auger-Aliassime 6-3 7-6 in the first rubber.

The Spanish number two and some squad members were in tears during his post-match interview when he talked of his ‘special feeling’ after making a contribution to the winning cause. 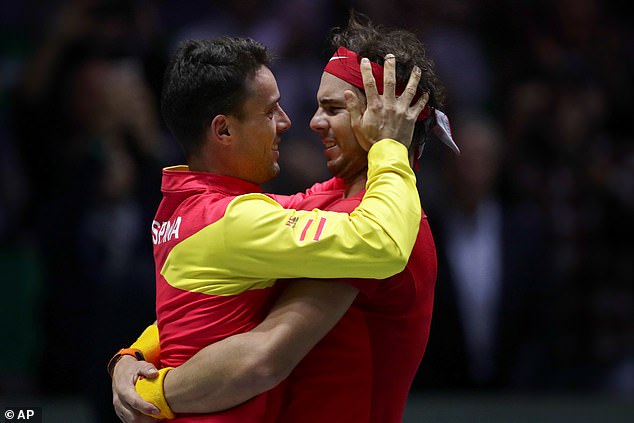 ‘I just tried to fight,’ said Bautista-Agut, who began the year taking part in another emotional match, against Andy Murray at the Australian Open when it looked like it might be the Scot’s farewell.

Canada’s Denis Shapovalov was then handed the unenviable task of trying to beat Rafael Nadal to keep his team in it.

He made it difficult for the world number one, but the man of the week prevailed 6-3 7-6, seeing off a set point in the tiebreak.

So often at this time of year Nadal has been either injured or below his best, but he has looked almost impregnable this week, whether playing singles or doubles.

All in all it could hardly have been a better scripted finish to the newly revamped event for Gerard Pique’s Kosmos group and their collaboration with the International Tennis Federation.