Rafa Nadal dethroned Serbia’s Novak Djokovic to reclaim the number one spot in the ATP rankings on Monday following the Spaniard’s semi-final run at the Paris Masters.

Nadal withdrew minutes before his semi-final match against Canada’s Denis Shapovalov with an abdominal injury, with the 33-year-old deciding not to take any risks ahead of the November 10-17 ATP Finals.

Despite Djokovic winning the title in Paris, the semis run was enough for Nadal to become the second-oldest player to top the rankings after Swiss Roger Federer achieved the feat aged 36 in 2018. 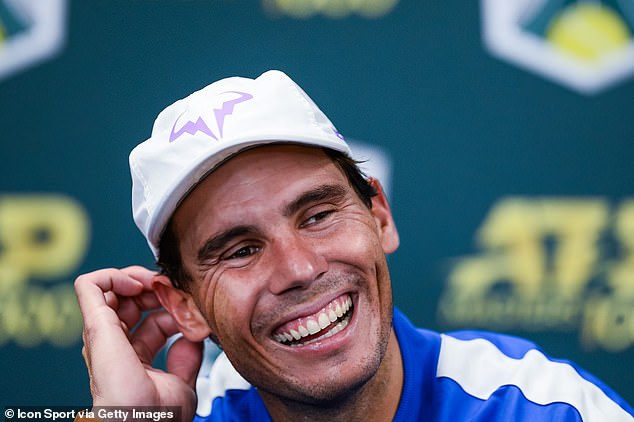 ‘I’m super happy with my season,’ Nadal said. ‘It was a tough beginning but then I was able to find a way to be back playing at a very high level of tennis and be in the situation that I am today.

‘I’m very proud about the year that I am having.’

Nadal won two Grand Slams this year – the French Open and the U.S. Open – to move within one of Federer’s record of 20 titles.

But injuries have curtailed Nadal’s season and the ATP Finals will be his last chance to end the year as number one for the fifth time in his career. 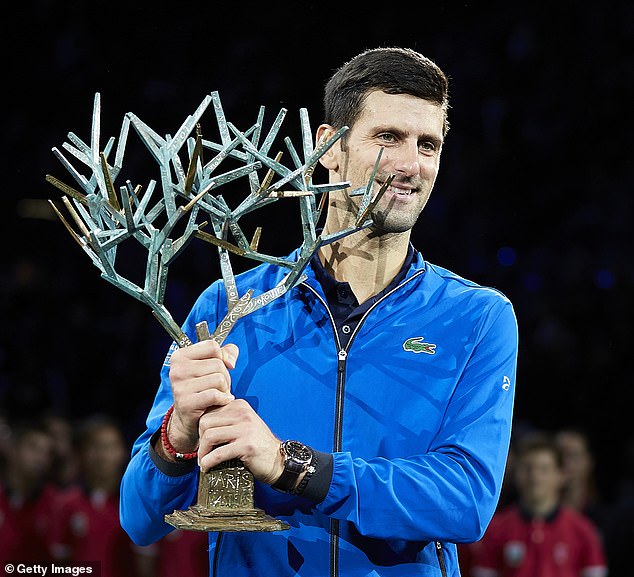 Despite Novak Djokovic winning the title in Paris, the semis run was enough for Nadal to go top