It is hard to improve on the magic hat-trick that Alex Zverev completed at the ATP Finals on Monday night when he routed Rafael Nadal.

By defeating the world number one 6-2 6-4 he made it a clean sequence of beating Roger Federer, Novak Djokovic and the great Spaniard at the event, stretching back to last year’s semi-finals.

Clearly there is something about this end of London that the 22 year-old defending champion prefers to across town at SW19, where he has never gone past the last sixteen. 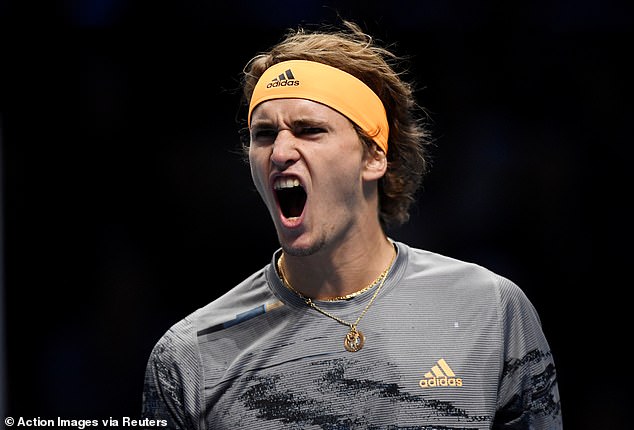 He smothered Nadal, who declared himself fit after pulling out of the Paris Masters with an abdominal strain but looked well below his best.

End-of-seasonitis is nothing new for the Mallorcan, whose timing was off, particularly on his forehand side when it most mattered.

He is trying to hold on to the world number one position for 2019 but on this evidence will struggle to manage it with Djokovic poised to steal it if he makes the final.

There was little answer to the rangy power of Zverev, who was regularly clocked at over 140mph on his first serve, although the speed gun has looked suspiciously toppy all week.

Fortunately for Nadal – and fellow first match loser Roger Federer – this is a more forgiving format than most weeks and both can still save themselves for the weekend. 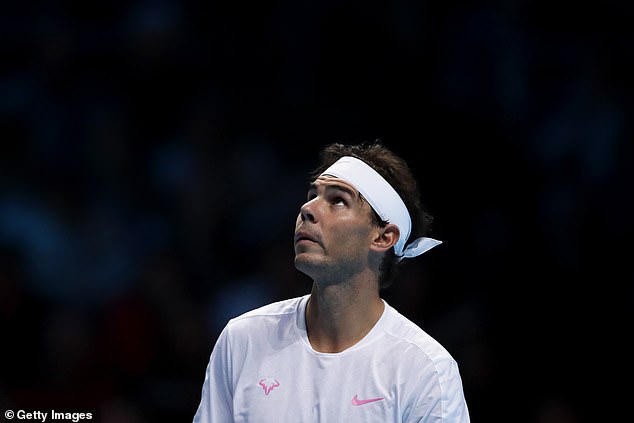 Earlier in the same Andre Agassi group Stefanos Tsitsipas danced around the court like he had scored a cup final winner, so delighted was he to finally defeat Daniil Medvedev.

He was certainly not going to spare the feelings of an opponent he demonstrably dislikes, and did not hold back in celebrating a 7-6 6-4 victory in his opening match.

It was his first success in six attempts against the US Open finalist, and the 02 Arena liked what it saw, the 21 year-old Greek showing that he is a Centre Court heartthrob in the making.

While the big three exist in a state of cordial truce, younger guns like Medvedev and Tsitsipas are less inclined to hide their true feelings about each other. 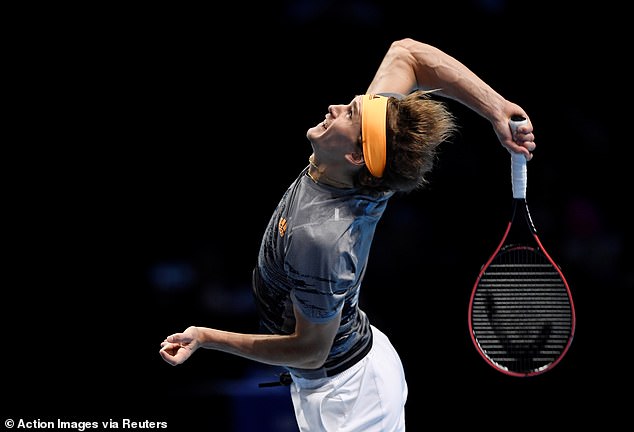 Their beef extends back to their first meeting, at the Miami Open last year, where they had to be separated by the umpire after the Russian had begun a head-to-head streak of five wins.

The Greek had called his opponent a ‘bullshit Russian’ among other things, and after yesterday’s win explained the aggravation in that match, which has not been forgotten by either. It all started with a fluky netcord that went the Greek’s way.

‘He started looking at me, telling me to apologize for what I just did. It was triple break point for me to go back into the match,’ said Tsitsipas. #

‘And after that, I think I didn’t win a single game. He did get into my head, and I was very frustrated. ‘He start telling me that what I do is unsportsmanlike. I tried not to pay attention, because I knew that it was something intentional, something that he wanted to pass on to me. Somehow it did affect me. 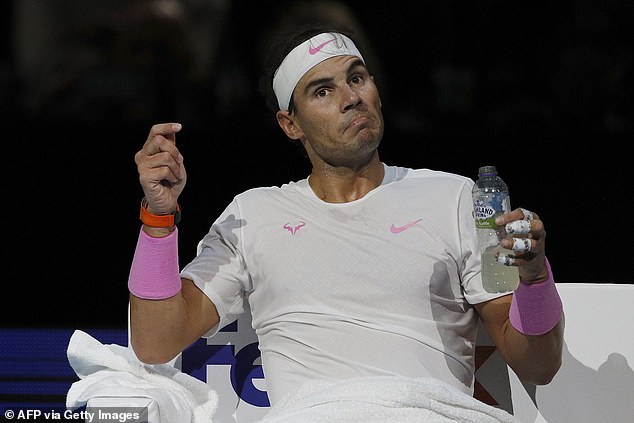 ‘I got p****d and said what I said, which I do regret, but at the time I was very frustrated that things happened this way.

‘Our chemistry definitely isn’t the best that you can find on the tour. It just happens with people that you can’t just like everyone.’

While Tsitsipas showcased his all-court talent a big difference yesterday was that Medvedev looks to be suffering a hangover from his post-Wimbledon exertions that saw him surge into the top five.

Having repeatedly reached finals all the way to Shanghai – the highlight of which was his near miraculous comeback against Nadal at Flushing Meadows – he has lost a little sharpness.