Novak Djokovic defeated Denis Shapovalov to win the Rolex Paris Masters for the fifth time and boost his chance of finishing the season ranked world number one.

Despite his 6-3 6-4 victory over the young Canadian, Djokovic will lose top spot in the rankings on Monday for the first time in a year to Rafael Nadal.

With only the ATP Finals in London to come in terms of ranking events, the Spaniard’s 640-point lead in the annual standings is a healthy one but Djokovic is chasing hard. After beginning the week under the weather, Djokovic has looked stronger with each match and he was just too good for 20-year-old Shapovalov, appearing in his first Masters final.

Djokovic faced only one break point in the match while winning 14 of the 17 points in which Shapovalov had to rely on his second serve.

In an on-court interview broadcast by Amazon Prime, Djokovic said: ‘It was a great tournament for me. I haven’t dropped a set. I played really well, especially in the last three matches. The world No2 had too much power for his opponent Shapovalov as he triumphed 6-3, 6-4 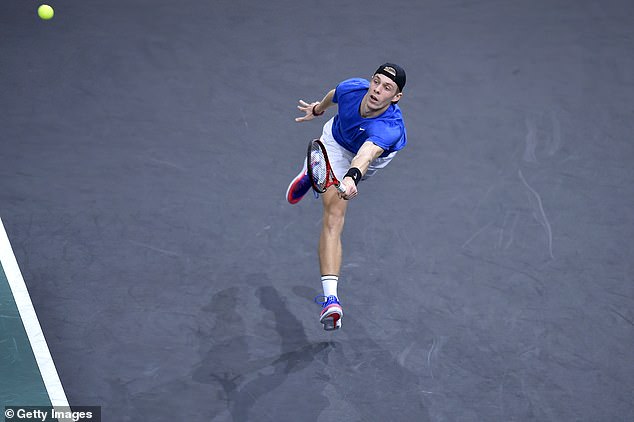 ‘Obviously Denis – first time playing in a Masters 1000 final, completely new experience – he has done well. I think we both served very well. I was solid, when I needed to I made the break and that was enough.

‘This gives me a lot of encouragement going into the ATP Finals in London.’

Shapovalov’s run to the final follows on from his first ATP title in Stockholm last month and he will rise to a career-high ranking of 15 on Monday. 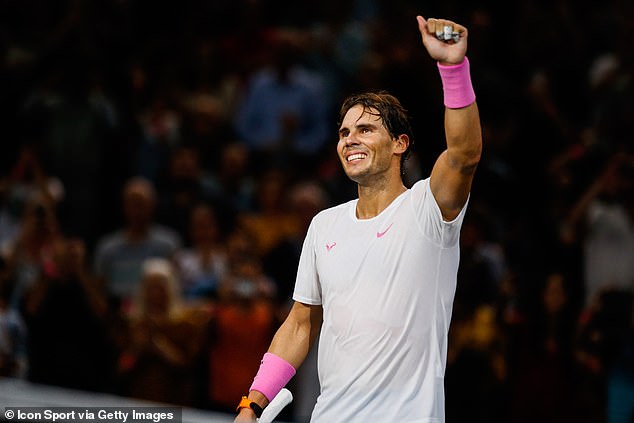 Rafael Nadal might have withdrawn from Paris at the semis, but will still be No1 in the rankings