Nigerians have taken to social media to react to the Supreme Court judgement which nullified the election of Bayelsa State Governor-Elect, David Lyon and his Deputy, Biobarakuma Degi-Eremienyo.

PEARL TV  reported that the Supreme Court judgement was in affirmation of the verdict of a federal high court  which disqualified Biobarakuma Degi-Eremienyo, Lyon’s running mate for submitting forged credentials to Independent National Electoral Commission (INEC).

The panel of justices led by Mary Odili asked INEC to withdraw the certificate of return issued to Lyon and re-issue another to the candidate with the second highest number of votes, which is People’s Democratic Party (PDP) candidate, Senator Duoye Diri.

The Supreme Court judgement however ignited mixed reactions on social media. While some Nigerians praised the apex court for the judgement, others expressed disappointment.

Here are some tweets below; 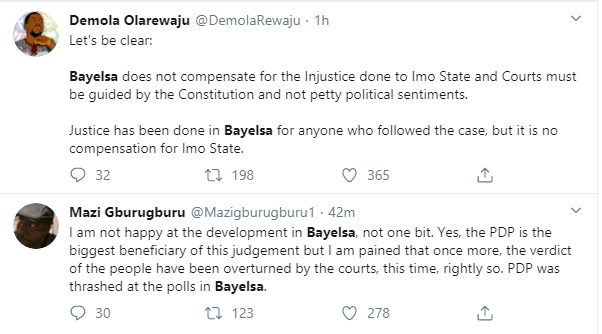 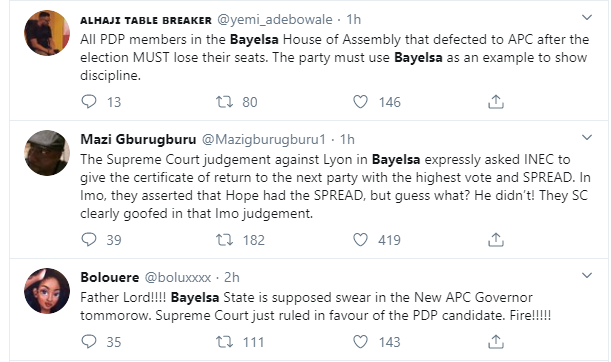 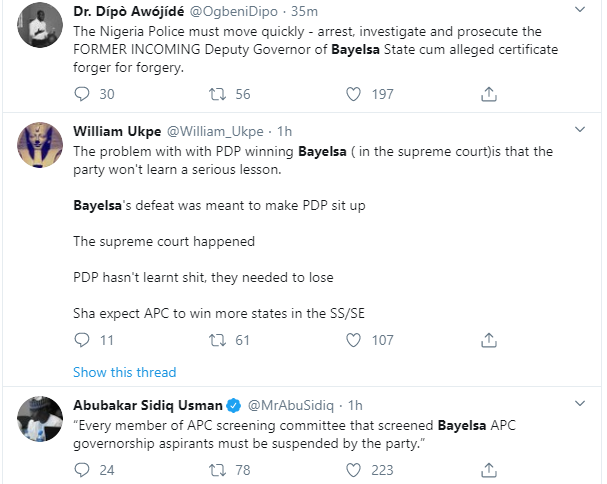 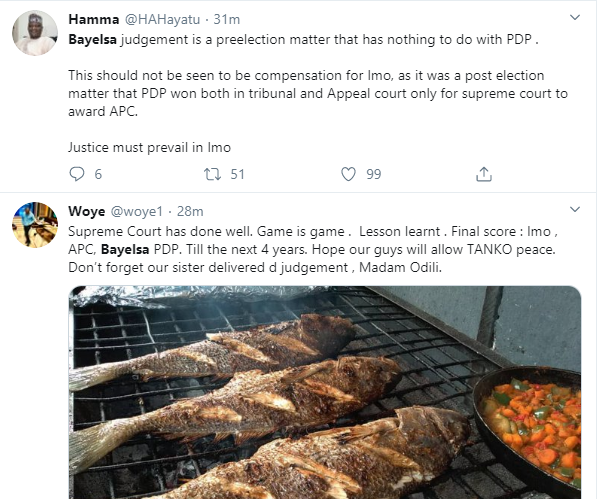