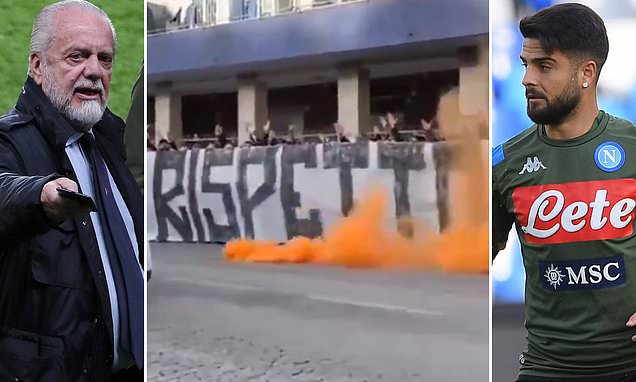 Around 150 Napoli ultras demanded respect and chanted that their players are mercenaries, outside of San Paolo Stadium.

Amid the ongoing crisis and dispute between the squad and chairman Aurelio De Laurentiis, supporters convened to have their voices heard.

The fans held up a banner with ‘respect’ written on it, set off an orange flare and belted out: ‘You are, you are, you are mercenary. Can’t you hear this voice? You were already on your own.’

Scroll down for video… 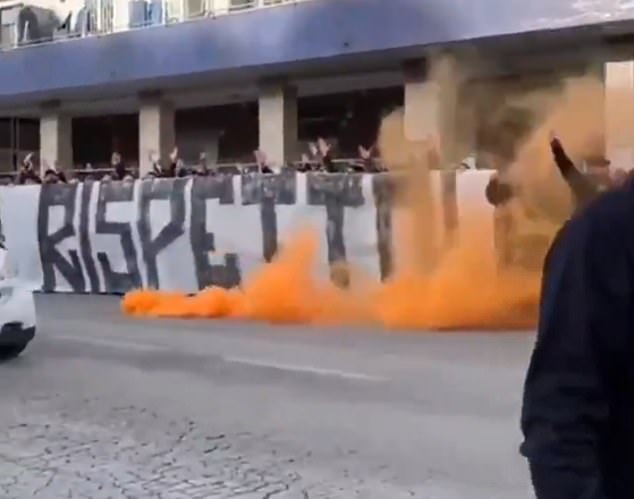 Napoli fans gathered outside the San Paolo Stadium, chanting and setting off flares 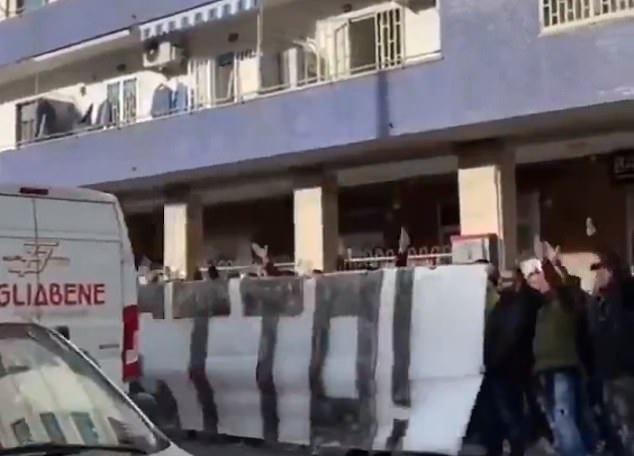 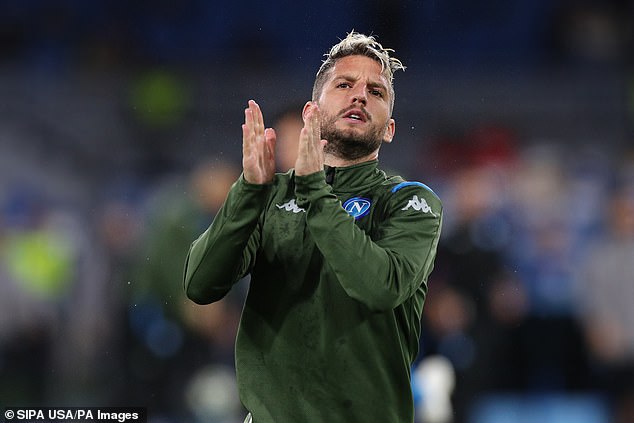 Hometown star Lorenzo Insigne was picked out repeatedly by the angry mob, as was the chairman as they feel the club is being torn apart by both sides.

The players trained for the first time since their draw with RB Salzburg on Tuesday in front of a number of season ticket holders.

They let the players know their feelings in no uncertain terms but appreciated when Dries Mertens came over to them and gestured an apology for an extended period of time. Whenever Insigne came near them during the session the boos grew louder.

Those who gathered outside the stadium to protest were the ones without season tickets.

There was also a police presence in the street in case of an escalation of tempers. 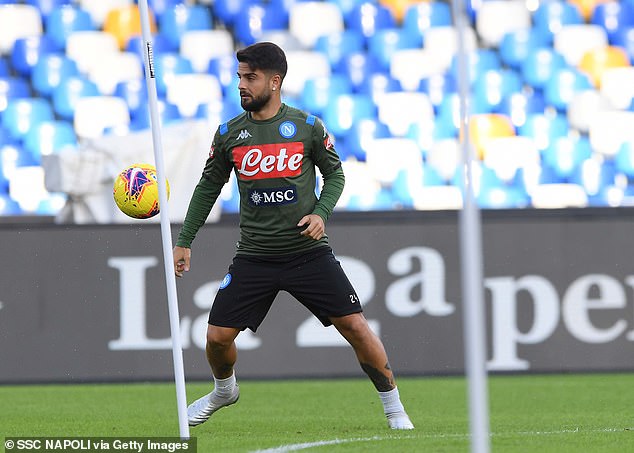 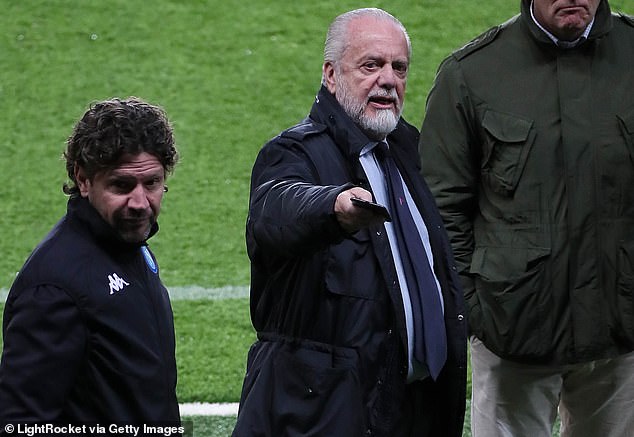 Tension has been mounting since De Laurentiis ordered the players to go on a training retreat in a bid to improve form.

They refused, jumped in their cars and went home after the Champions League draw earlier this week.

Insigne, stepped up and said: ‘Tell your father we are not going in retiro. Other senior figures in the room, including Dries Mertens and Jose Callejon, backed him up. Allan, the Brazilian central midfielder, reportedly screamed vulgar words in the vice-president’s face.