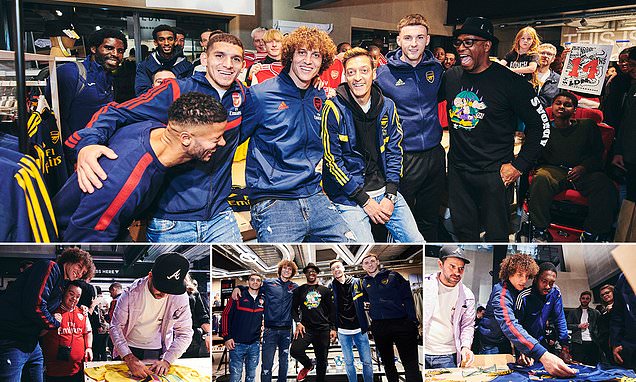 Mesut Ozil joined several of his Arsenal team-mates and club legend Ian Wright to surprise fans at an adidas event in London on Monday.

Supporters and Arsenal In the Community participants were joined by Ozil, David Luiz, Kieran Tierney, Lucas Torreira and Wright at a kit-customisation session at the adidas Oxford Street store’s MakerLab.

Ozil was left out of the matchday squad by Unai Emery for six games in a row, but started against Liverpool in the Carabao Cup last week and against Wolves in the Premier League on Saturday. 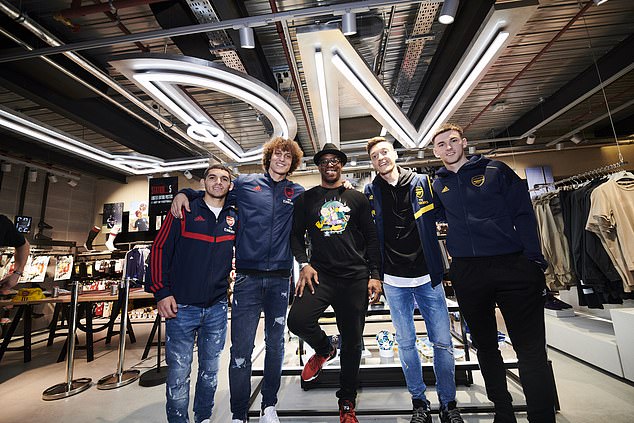 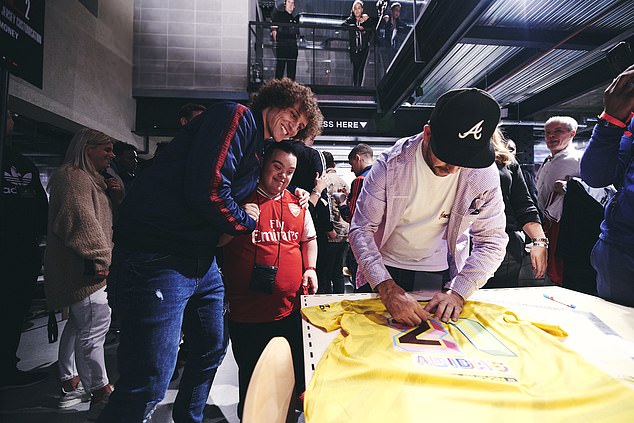 The former Germany international looked happy surrounded by his team-mates as he mingled with supporters.

The adidas MakerLab allows customers at adidas LDN – the new adidas flagship on Oxford Street – to customise their purchases and take part in regular events with creators and designers.

Centre-back Luiz, who is in his first season at Arsenal following his move from Chelsea, enjoyed spending time with fans.

Luiz said: ‘We don’t always get to spend time with the fans face to face, so it was great fun to surprise them and spend some time helping them customise the kit.’

‘Some of the designs were really cool. Maybe we found some people to help with next season’s kits!’ 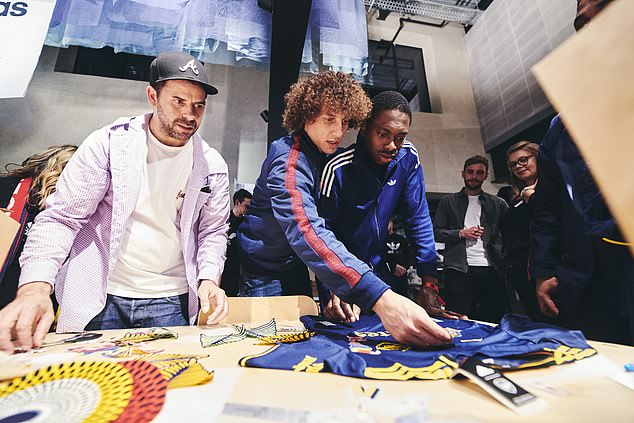 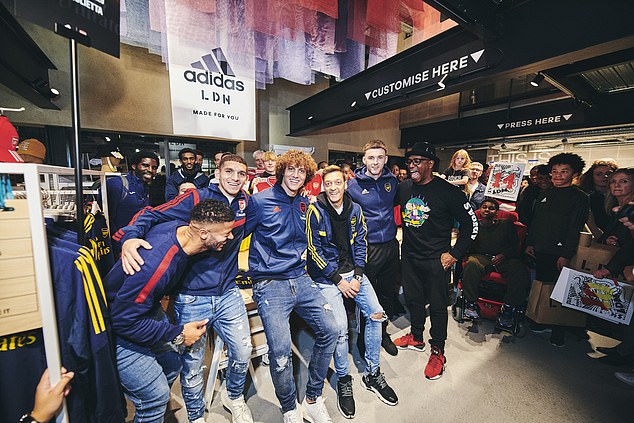 Ozil, who has recently returned to the Arsenal side, appeared in good spirits at the event

Arsenal have won just one of their last five games in all competitions, with head coach Emery having received a considerable amount of criticism from some fans.

The Gunners are in Europa League action on Wednesday as they face Vitoria Guimaraes away before they travel to take on Leicester in the Premier League on Saturday.