Mauro Icardi is desperate to make his loan move to Paris Saint-Germain permanent and admitted he will do everything in his power to stay.

The Argentina international joined the French champions from Napoli on a season-long loan deal back in the summer.

Icardi has made a blistering start to his PSG career and has seven goals in eight appearances in all competitions. 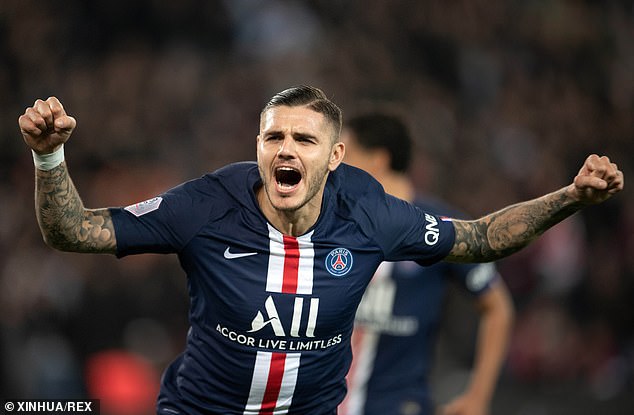 PSG do have an option to sign the striker on a permanent basis for £60million come the end of his loan deal and Icardi is hopeful they will trigger the clause.

‘We’ll see at the end of the season if I stay, Icardi told RMC Sport. ‘I want to do good things, I’ve come for that, obviously playing for a team like PSG is very important, it’s one of the best teams in the world.

‘It’s a great step in my career. I will do everything to stay here.’

The 26-year-old has been Thomas Tuchel’s No 1 choice to lead the line this season, but Icardi is keen to strike up a partnership with Edinson Cavani, who has mainly been reduced to cameo appearances off the bench since his hip injury. 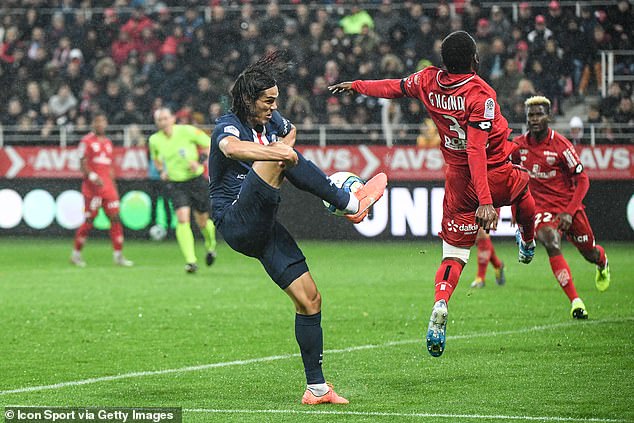 Icardi added: ‘I’ve known Edi for a very long time, we’ve been in Italy since a long time ago. Edi is an amazing player who has made history in PSG, he’s done so much here,’ Icardi told RMC.

‘I want to make a contribution here, but it’s the coach who will have to decide [who will play].

‘Both of us work for the good of the team, that’s what we say all the time to ourselves, on and off the pitch.

‘Edi and I are two strikers, we like to score goals, we can play together if the coach decides, but it’s not up to us to make that decision. In the end, it’s the coach who decides, that’s his job.’