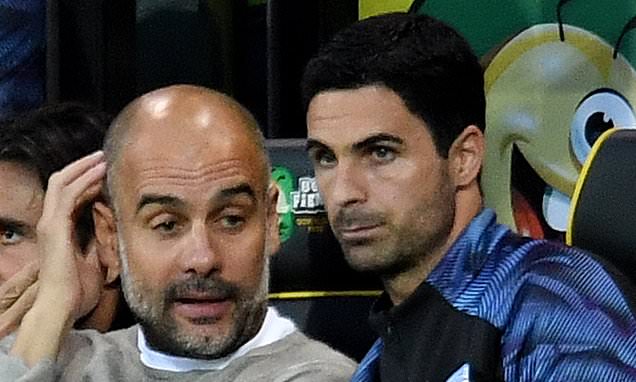 Manchester City would not stand in the way of assistant manager Mikel Arteta becoming manager of rivals Arsenal.

Pep Guardiola’s number two became a fan favourite during his five years at Arsenal, and with current boss Unai Emery feeling the heat, the 37-year-old is tipped for the main job at the Emirates.

Sources at the Etihad have reportedly told The Sun: ‘He knows City would never dream of standing in the way of his ambitions if an attractive offer came from a top club.’ 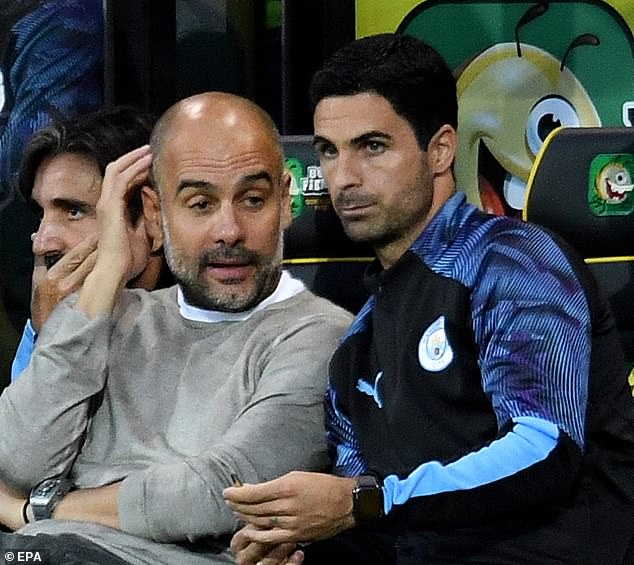 The Spaniard was a well respected figure in Arsene Wenger’s Arsenal dressing room and would command the respect of the players should he take up the management role.

Pundits and fans are calling for fellow Spaniard Emery’s head but his employers today went public with their support for the former Sevilla boss, saying although results have been ‘disappointing,’ he is still ‘the right man for the job.’

But a run of just six wins in their last 19 Premier League matches could see that sentiment quickly change and open a door into management for Arteta, whose roll at City is his first after retiring as a player. 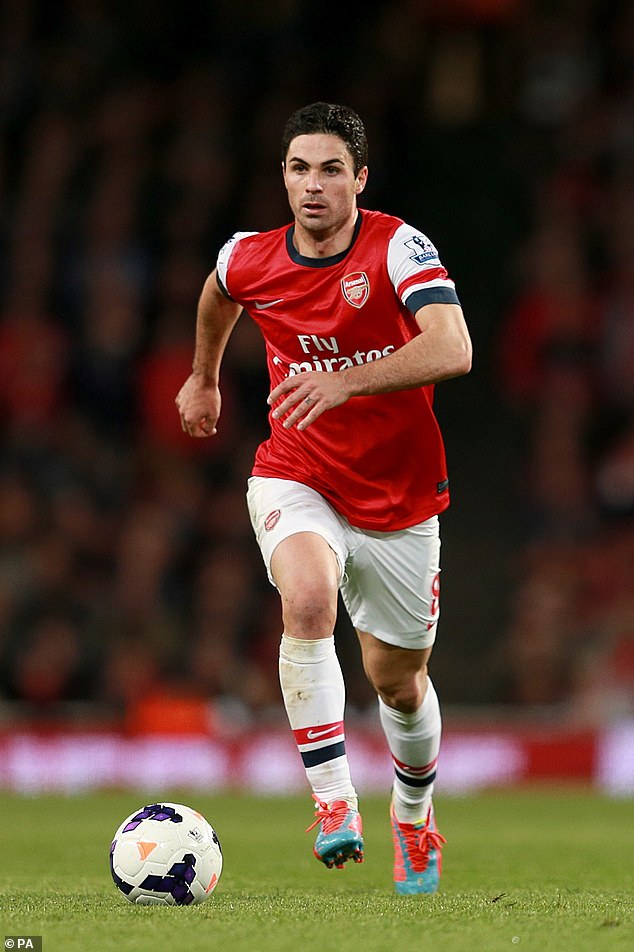 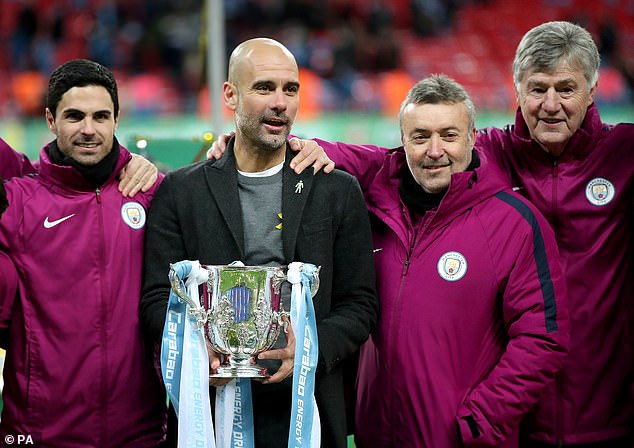 The Sun understand that Arteta, who appeared over 100 times for the Gunners, is on a shortlist of potential future candidates.

Their source told the publication that although the former midfielder is enjoying ‘working under the best manager in the world’ in Pep Guardiola, it is a well known secret that he ‘wants to be his own man one day.’

They added that ‘Mikel still has a lot of affection for Arsenal from his playing days there.’

They also drew parallels in the case of Patrick Viera, the one-time Arsenal captain who saw out his career at City and went on to manage New York City FC without hindrance from Etihad top brass.

‘That’s not how they work, nor Pep,’ the source said on the subject of standing in the way of any exit, adding: ‘They want to empower people and see them get on.’ 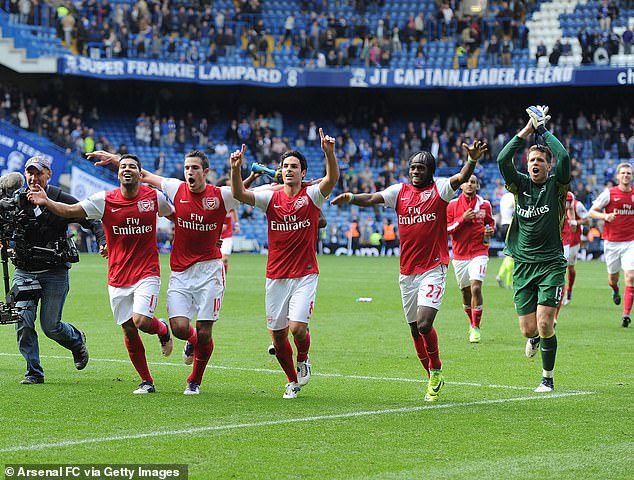 Arteta with Santos, van Persie, Gervinho and Szczesny after beating Chelsea in the Premier League in 2011

There were also suggestions that he could even be the man to eventually replace Pep at City, with the former Barcelona boss known to up and leave projects within a few years – usually after mountains of silverware were won.

Arteta’s last appearance for Arsenal came on the last day of the 15/16 season, during a win over Aston Villa.

He was given a standing ovation and just over a month later, joined the coaching staff at City in time for the 16/17 Premier League season, in which City finished third.

City won no silverware that season but became champions of England a year later, finishing with 100 points. He also helped his side to a Carabao Cup title, something City repeated a year later.

City also won the league in 18/19, one point ahead of Liverpool.

He may feel he has a point to prove to the Arsenal board, after they hired Emery instead of him following Wenger’s departure last year.