Manchester City are sweating on the fitness of star striker Sergio Aguero as they enter their busiest period of the season.

Aguero was taken off with a suspected muscular injury against Chelsea on Saturday and could be out for three weeks if that’s confirmed by scans over the next 24 hours. 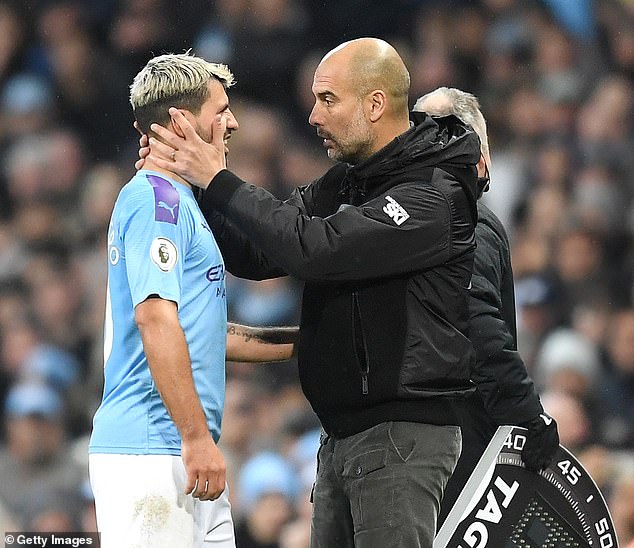 ‘Sergio will be bad, I think,’ said Guardiola after his side’s 2-1 win against Frank Lampard’s team.

‘The doctor says tomorrow we are going to see. He thought it was a kick but I think he stretched a little bit.

‘We don’t know how long but maybe some days during the toughest part of the season.’ 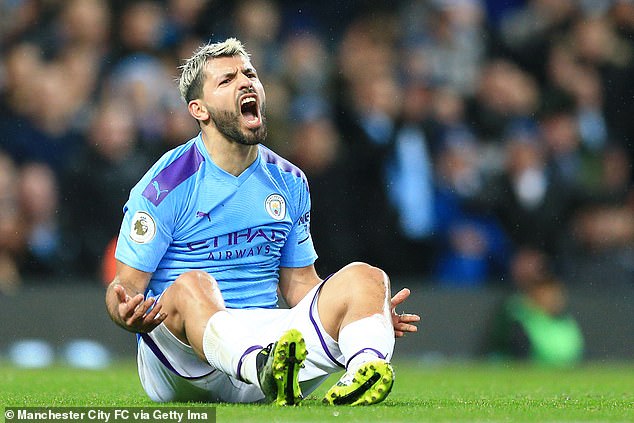 Argentina striker Aguero, 31, hobbled off after 77 minutes against Chelsea on Saturday

Aguero, 31, has already scored 13 goals for City this season and any prolonged absence would be a blow to City with Brazil’s Gabriel Jesus the only other senior centre-forward at the club though Raheem Sterling could fill that role in certain games.

The Argentine was wincing in discomfort when he departed after 77 minutes to be replaced by Jesus.

David Silva and Rodri were also withdrawn in the second half but Guardiola put it down to cramp and fatigue and both may feature against Shakhtar Donetsk on Tuesday,