The deal values CFG at £3.73billion and, according to The Financial Times, the deal was signed on Saturday, with Silver Lake managing partner Egon Durban then watching City’s win over Chelsea at the Etihad stadium.

Silver Lake made its name investing in technology companies such as Skype and, according to the FT, previously approached other leading sides such as Chelsea. 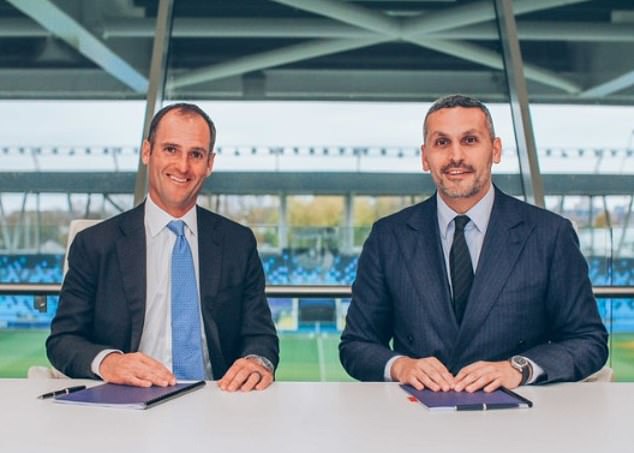 Khaldoon Al Mubarak, chairman of CFG, who have a stake in seven clubs across the world, said: ‘Silver Lake is a global leader in technology investing, and we are delighted by both the validation that their investment in CFG represents, and the opportunities for further growth that their partnership brings.

‘We and Silver Lake share the strong belief in the opportunities being presented by the convergence of entertainment, sports and technology and the resulting ability for CFG to generate long-term growth and new revenue streams globally.’

CFG are currently the holding company for seven different teams across the globe, including current Premier League holders City.

They also own New York City and Melbourne City, as well as a 20 per cent stake in J-League side Yokohama F. Marinos.

They also have 44.3 per cent of Spanish second tier side Girona, who are also owned by City boss Pep Guardiola’s brother, Pere.