Manchester United are reportedly preparing for a transfer raid on Leeds with moves for Kalvin Phillips and Ben White.

According to reports, United No 2 Mike Phelan went to Elland Road to watch Phillips play in Leeds’ 1-0 win over Birmingham last month.

White, who is on loan from Brighton, has already attracted plenty of interest from the Premier League with Liverpool being heavily linked with a £20million move for the defender. 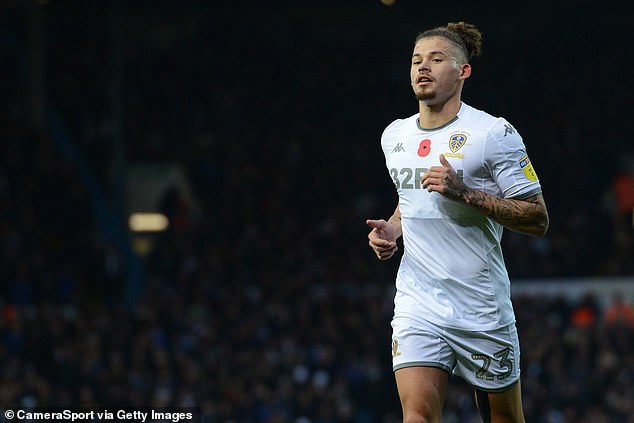 But according to Football Insider, United scouts have regularly been tracking White as well as Phillips and are said to be ‘blown away’ by their performances.

The Championship club are reported to have turned down a £27m bid for Phillips from Tottenham in the summer.

United have kept a watchful eye on his progress this season and have sent scouts to watch him play on several occasions. 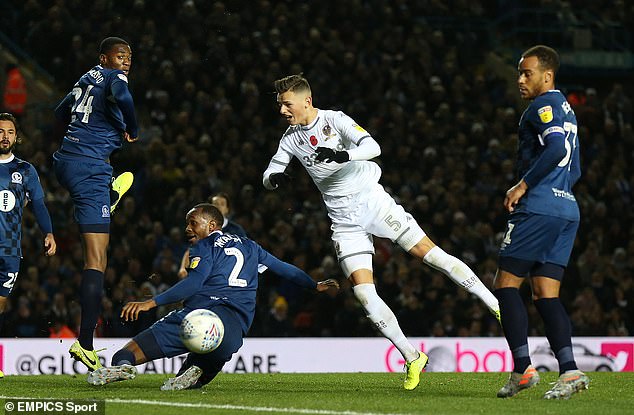 United are also interested in defender Ben White (middle), who is on loan from Brighton

Phillips only signed a new long-term deal at Leeds back in September but his future could depend on whether or not Marcelo Bielsa’s side are promoted back to the Premier League this season.

The midfielder and White have been mainstays in the Leeds team this season, both making 15 appearances in the league so far.

A number of clubs are understood to be interested in the pair but United are ready to battle it out for their signatures with Ole Gunnar Solskjaer keen for the club to active over the next two transfer windows.