A tragic incient occurred in the late hours of Monday November 25, as a middle-aged man was reportedly stabbed in the head with a matchete by his brother over a pot soup in Ipaja, Lagos.

The Ipaja Police Division is now investigating the case as it was further learnt that the suspect is on the run.

The RRS tweeted “Last night at about 11:00pm our officers on patrol along Ipaja assisted a man who got machetted from the head to the cheek by his brother over a pot of soup.

“They assisted him before handing the case to over to Ipaja Police Division for investigation. Efforts are in progress to apprehend the brother who is at large” 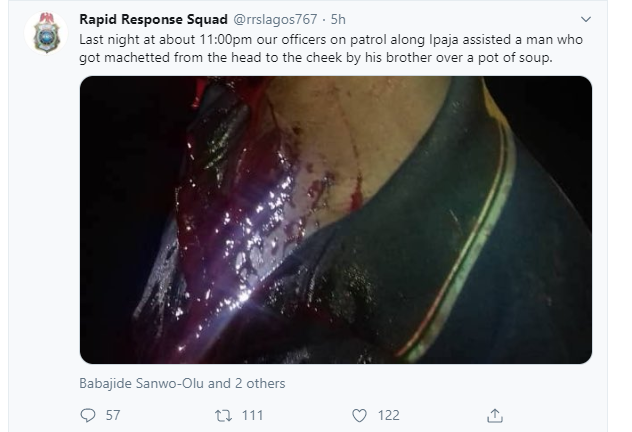 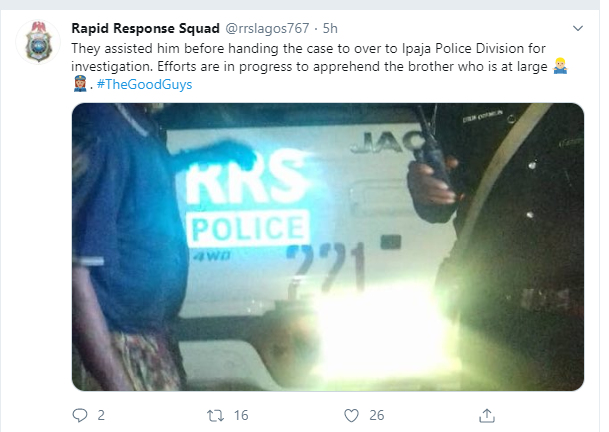