Liverpool’s plans to upgrade the capacity of the Anfield Road Stand of their stadium took a step forward this week as local businesses and residents were distributed information packs.

Over 5,000 leaflets were handed out by the club, inviting the public to a series of public consultation events that includes a pop-up information stand at Anfield available until early December, according to Goal.

The publication also reports that the efforts of Liverpool owners FSG to expand the capacity to 60,000 will see a meeting with residents and business owners take place at the Kop Bar in Anfield on Friday November 29, with a web portal available for further information. 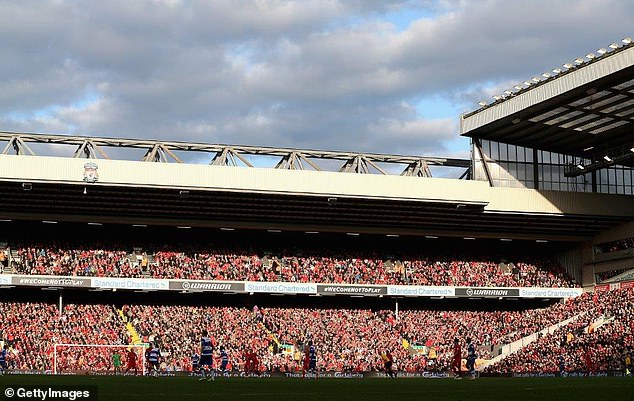 This will be the first of three four-hour consultations, with one on Monday December 2 and Tuesday December 3.

The progress outlines the club’s intentions to upgrade the stadium for a second time under their consortium of American owners, after they put £110 million into building the new Main Stand, which opened in 2016 – taking the capacity to 54,074.

Speaking in July, chairman Tom Werner said: ‘We are still analysing the opportunity to build on Anfield Road. We are trying to figure it out.

‘When we went forward with the Main Stand expansion, which I’m very proud about, we obviously wanted to do it right so we were quiet about it. In a perfect world we will be able to figure this out.’

While the news will be welcomed by football fans keen to bring their stadium on par with those of rivals Manchester United, Arsenal and Spurs, some local councillors have expressed concerns over the added traffic the extra 6,000 people will bring.

‘I think giving people the facility to get straight to a match and leave their cars at home would be transformational,’ Byrne told the Liverpool Echo in September.

‘It would be fundamental for the area and could cut down on the traffic and pollution issues, particularly when the stadium expands. 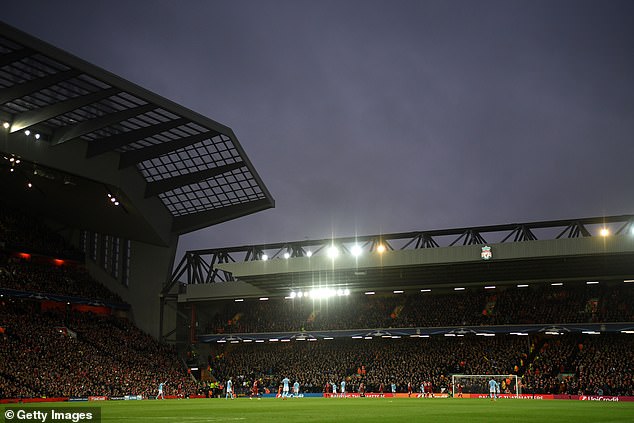 The current Anfield Rd stand occupies the away supporters in lower tier, with home fans above

‘Residents are absolutely right to ask the city and the club, if the stadium does extend, what are the transport plans?’

The club took a similar route when doing up the main stand in 2014. An exhibition at Anfield for residents and businesses revealed designs for a giant three-tier stand.

Bob Humphries, chairman of the Liverpool Football Club Supporters Committee, said at the time that ‘the owners have shown real class on this issue’ but residents were still concerned about lack of natural light and added litter. 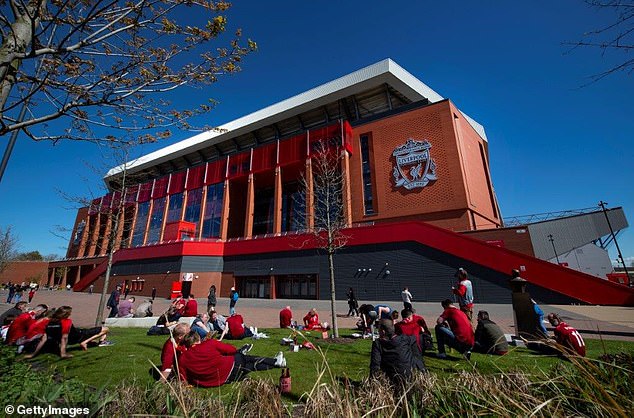 Under owners FSG, Liverpool have already pulled off the remodelling of a pristine Main Stand