Even defeat had seemed to provide an omen for Liverpool when, a short drive from Vesuvius, they left Naples badly burnt by a 2-0 defeat at the start of this tournament. They’d lost there last year and gone on to lift the Champions League trophy.

After trailing for more than 40 minutes on Wednesday night, Dejan Lovren’s headed equaliser secured the draw which an improved second half performance warranted, though it was a struggle – demonstrating how complex and fragile a grip on a Champions League campaign can be.

The dropped points leave Liverpool requiring a draw from their last fixture against free-scoring Salzburg if they are to reach a third successive Champions League final: a level of tension they could certainly do without. 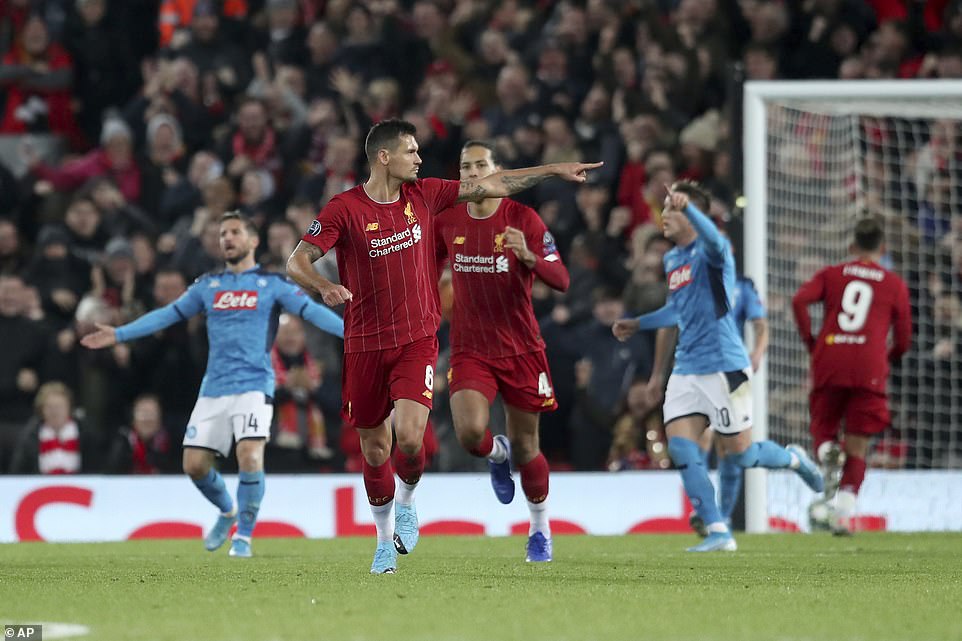 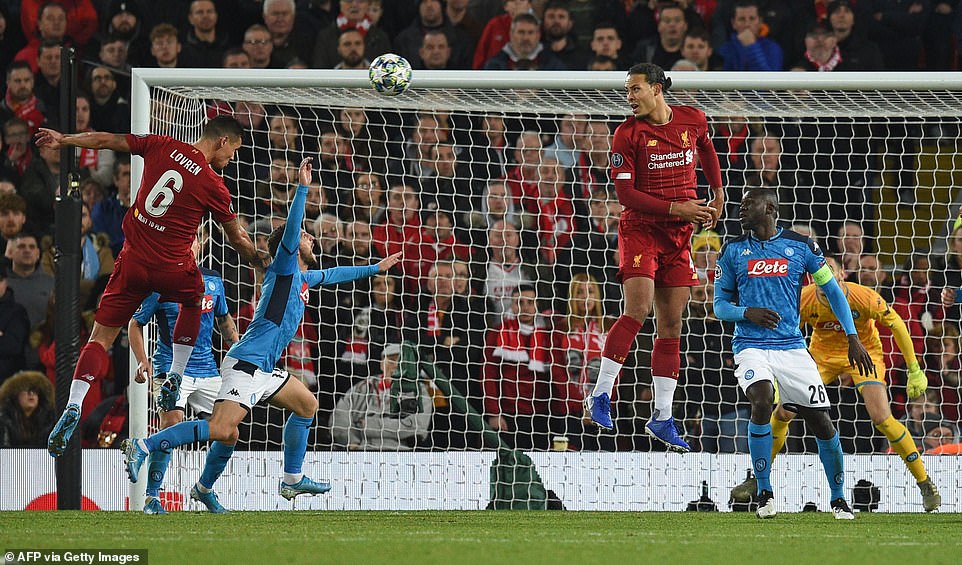 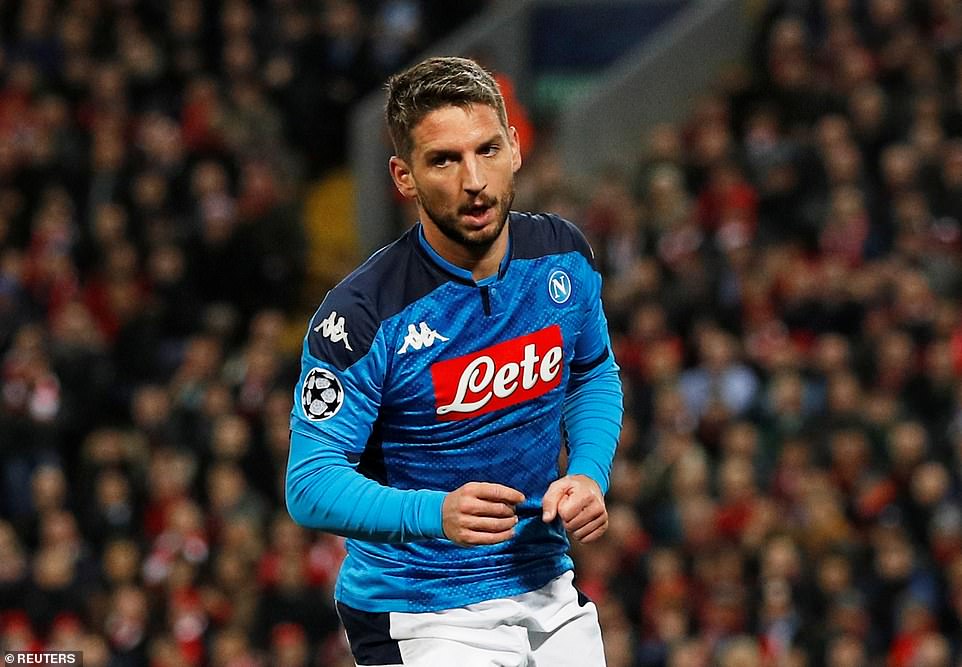 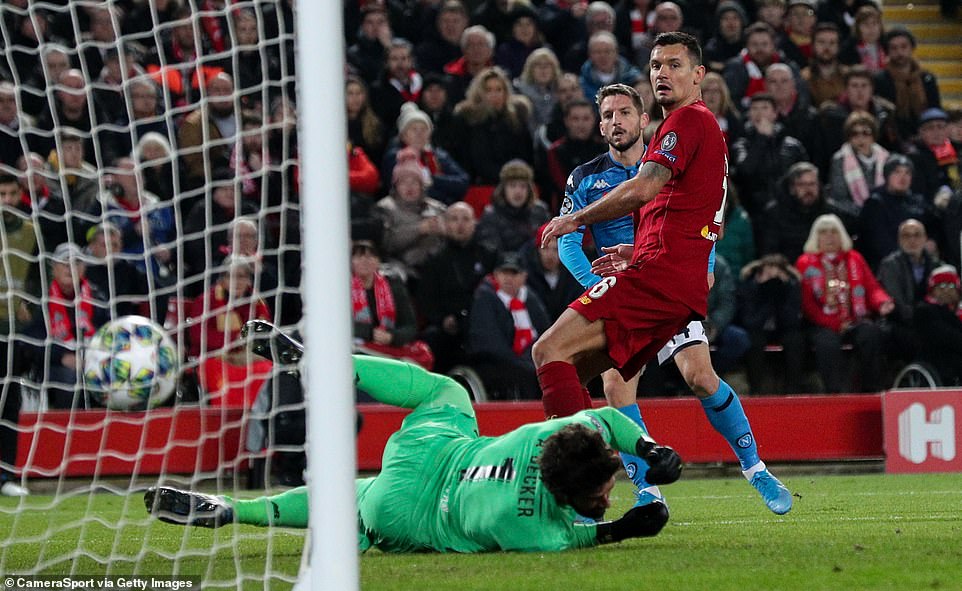 The Austrians’ Norwegian forward Erling Haaland became the first teenager in the history of the elite European competition to score in five consecutive appearances.

Their emphatic 4-1 win against Group E whipping boys Genk took their tally in Group E to 16 in five games.

Napoli, who retain qualification hopes of their own, illustrate the dangers which lurk behind the big beasts of the competition.

They arrived here beset by internal strife – players fined, a training camp spurned – yet displayed the same intransigence Liverpool always find when up against them.

It had been 17 days since an ambitious team in sky blue were put to the sword by Liverpool in this stadium but the team wearing those colours this time displayed qualities that Manchester City lacked.

Defensive qualities. A capacity to tackle, to block and form two disciplined banks of resistance,

There was the wonderfully balanced Senegalese defender Kalidou Koulibaly rising to head away Jordan Henderson’s early dangerous cross and later repelling the singular exquisite Liverpool moment of the first half: a return ball from Roberto Firmino’s heel which sent Sadio Mane into the left hand side of the box.

There was the virtually prone Mario Rui taking the ball from Mohamed Salah – who struggled to make any impact – just as the Egyptian threatened to get past him.

The worst excesses of VAR – as much of a plague in Europe as in the Premier League – made a farce of the opening goal which illustrated that the Italians had brought a troubling counter-attacking dimension, too. 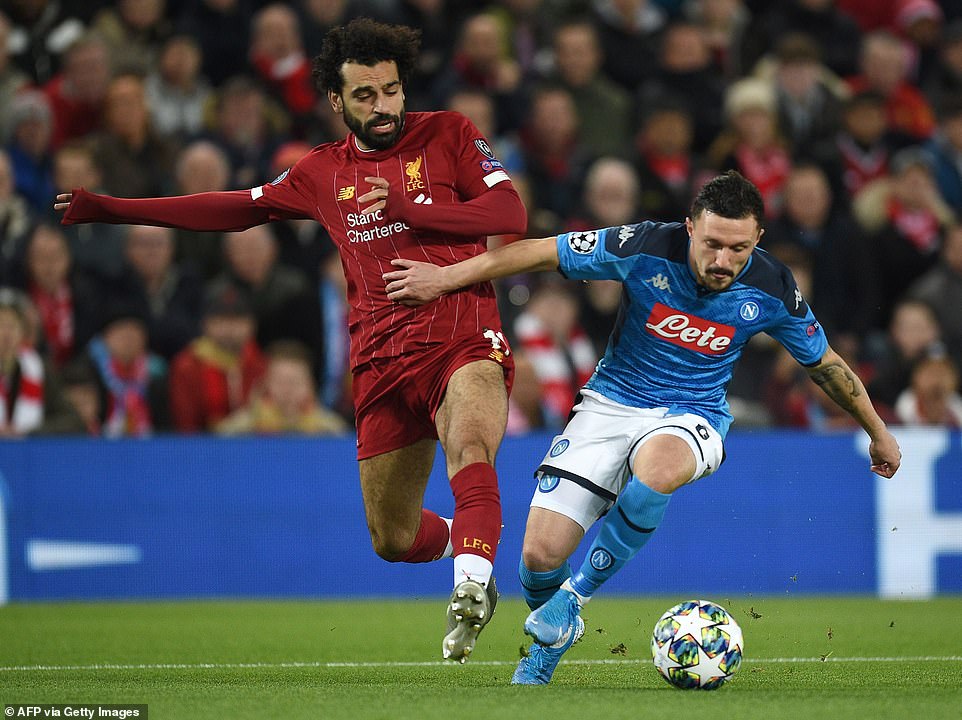 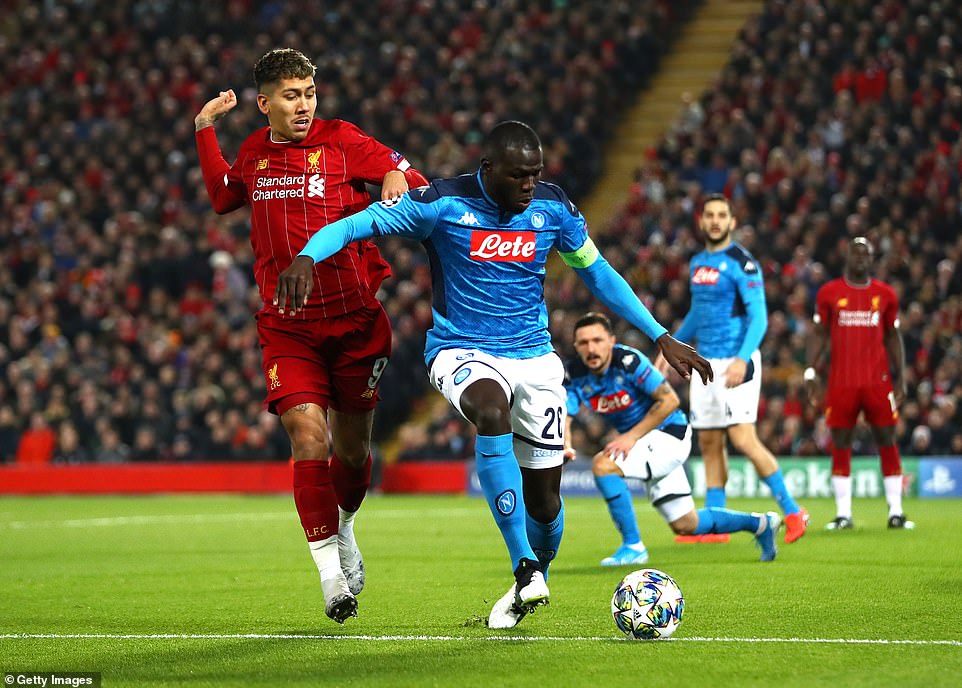 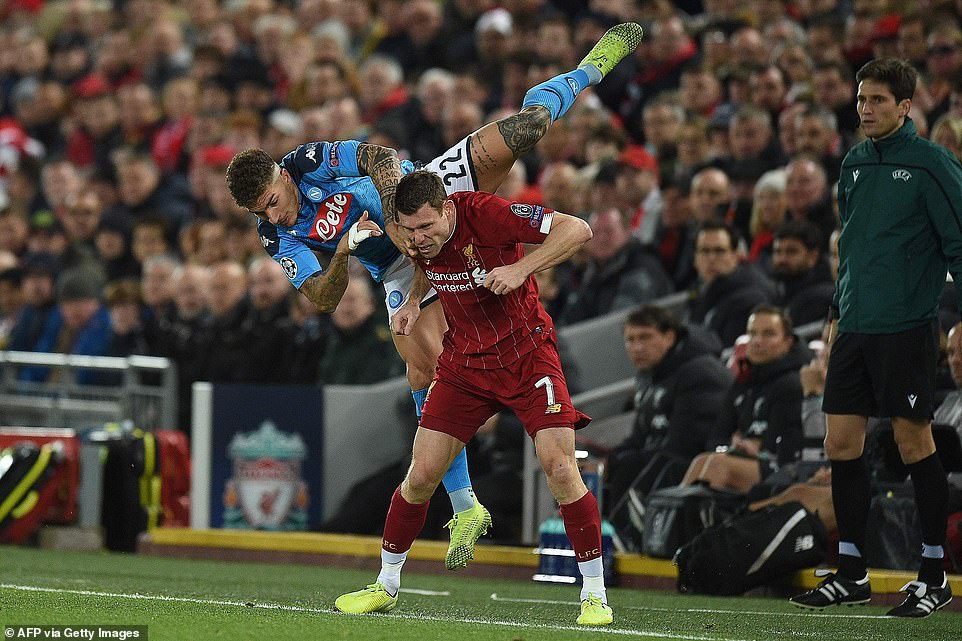 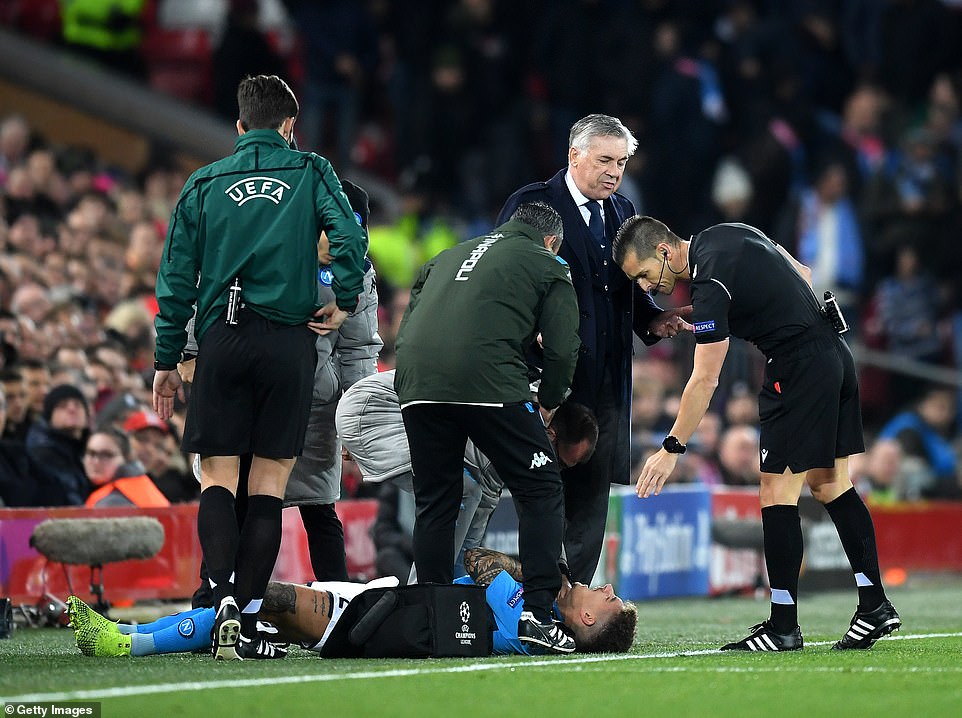 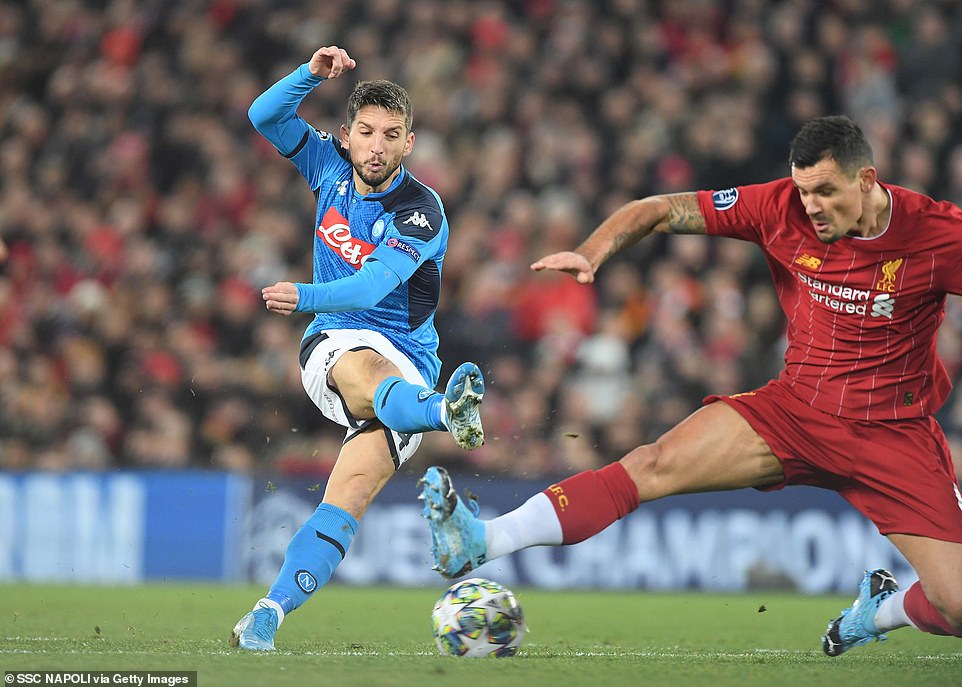 Two separate reviews were required after Dries Mertens accelerated past a statuesque Liverpool defence in pursuit of Giovanni Di Lorenzo’s 20-yard ball and allowed it to take one bounce before expertly drilling it past Alisson on the acute.

There was a suspicion – unjustified – that the Belgian had fouled Virgil van Dijk as he won the ball aerially in the first place. Van Dijk had simply landed awkwardly on his right foot after the two had leapt up together. Dejan Lovren had simply failed to cover Mertens’ run. The goal stood, the world moved on and then the game was stopped to examine if Mertens had been offside.

Klopp’s mounting agitation over what he perceived as Mertens’ foul in the build-up to the goal and an infringement on Sadio Mane in the box saw him booked in the closing minutes of the first half. His sense of injustice did not really seem valid. 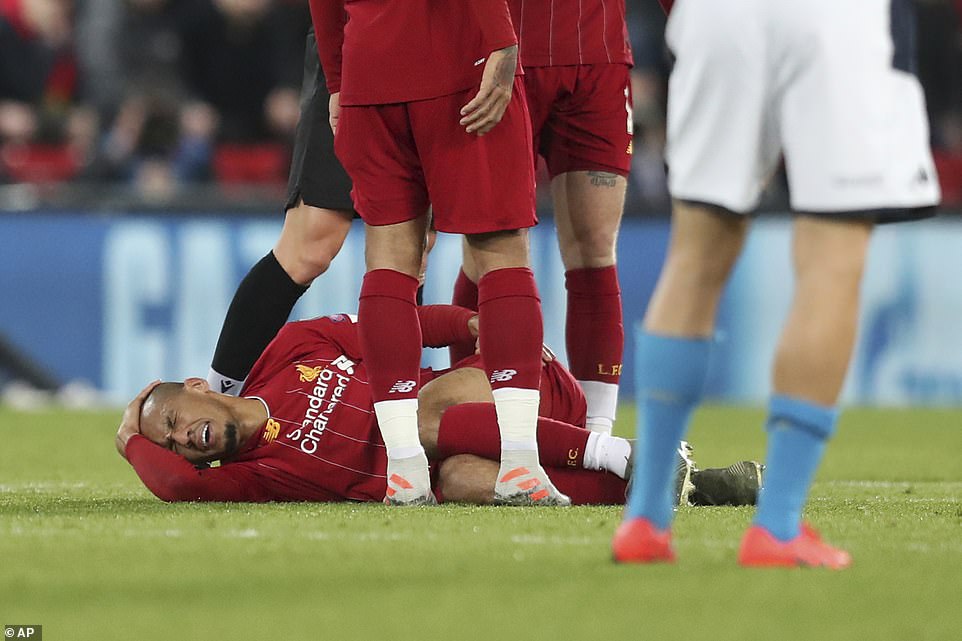 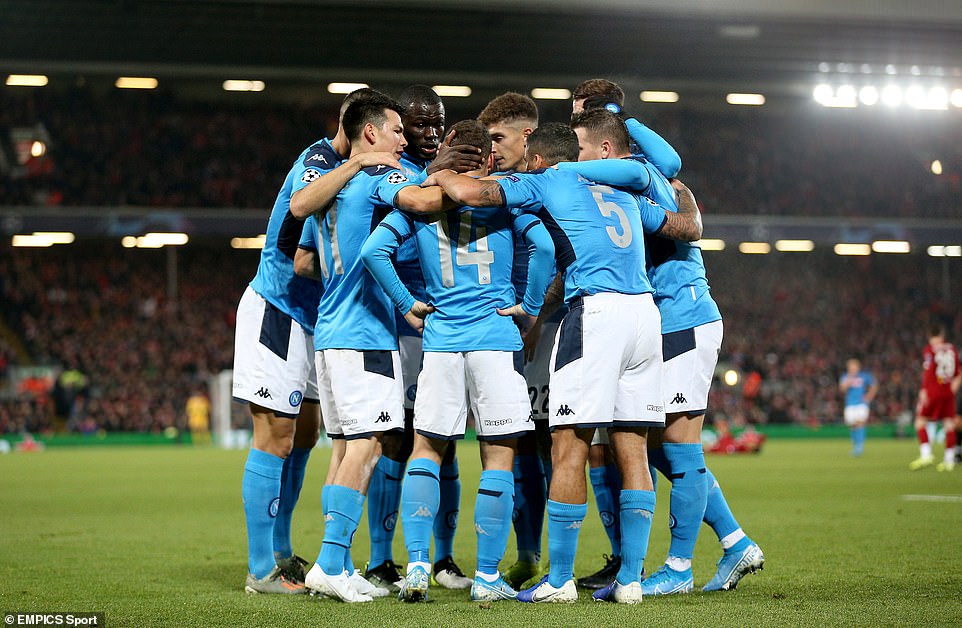 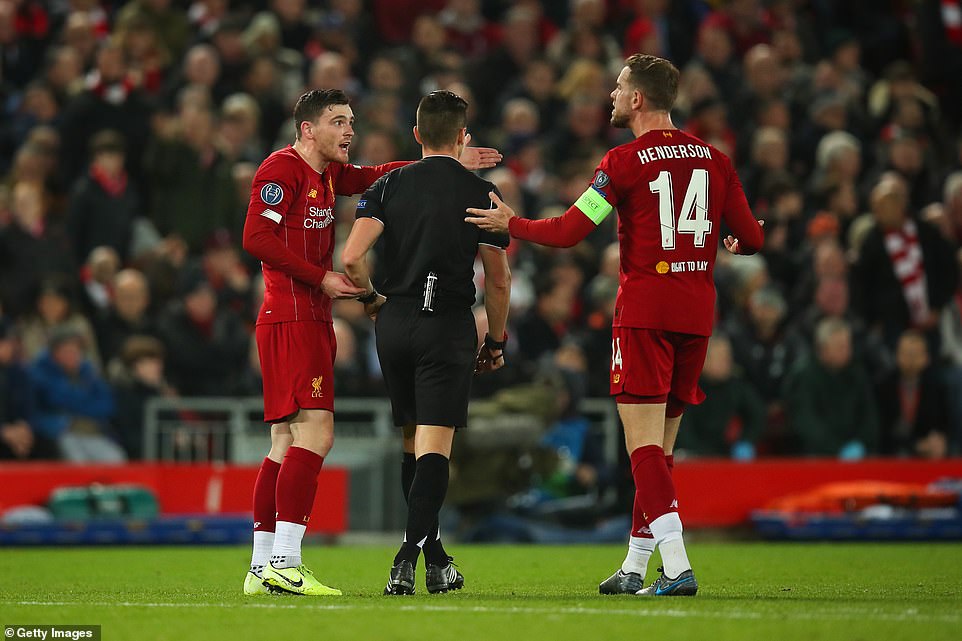 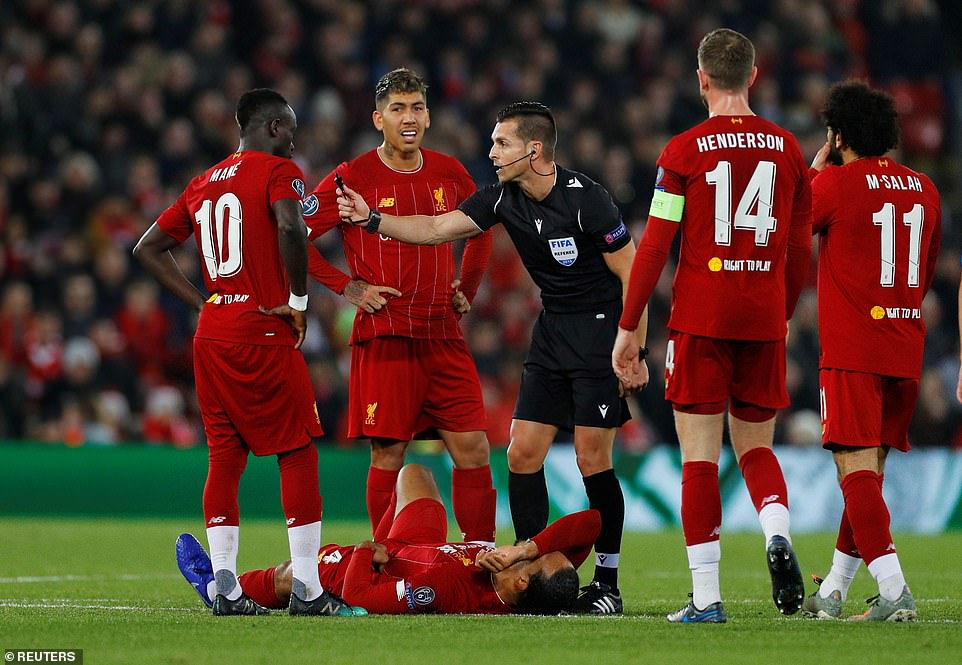 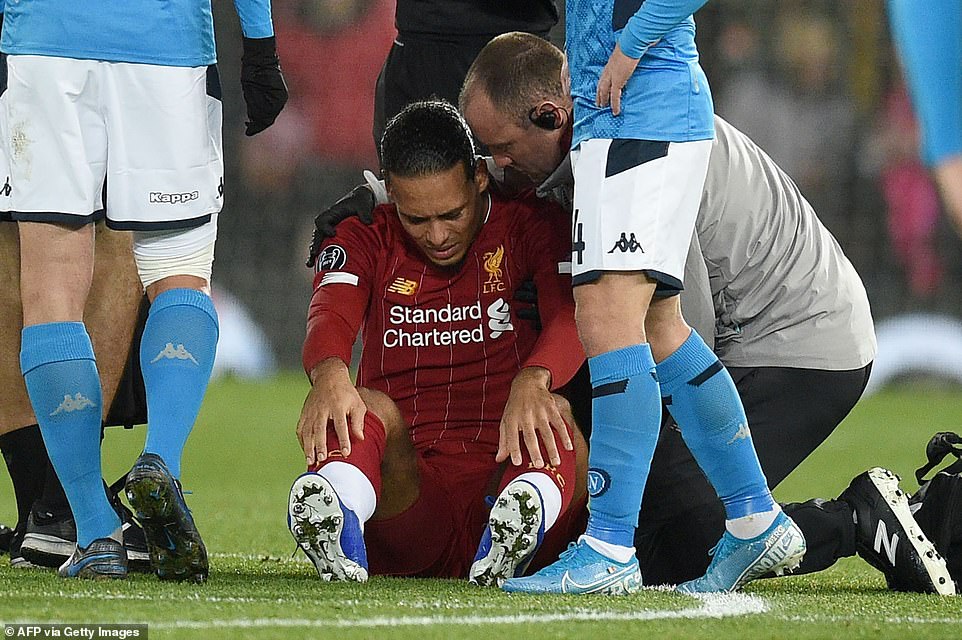 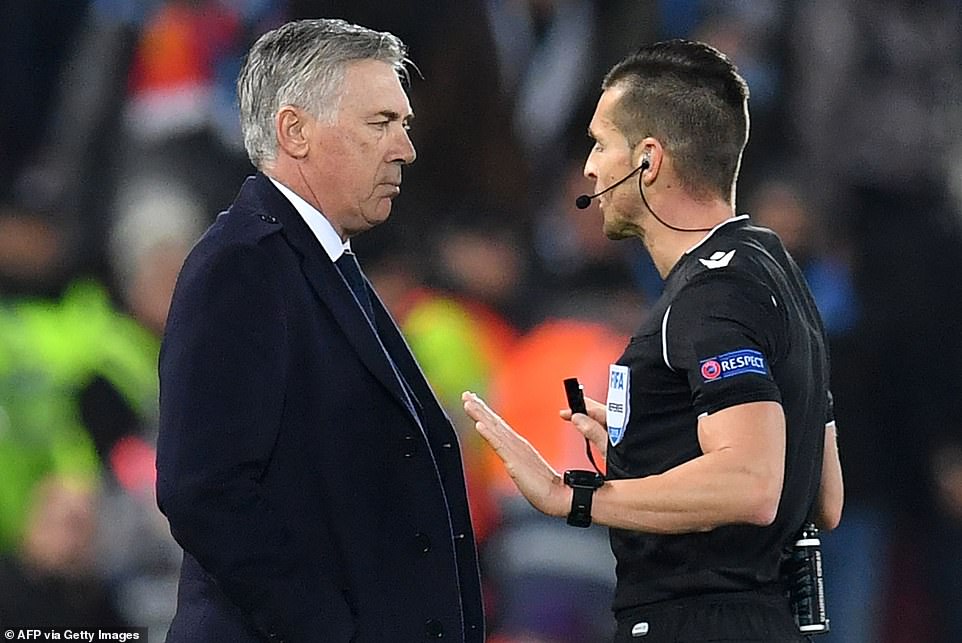 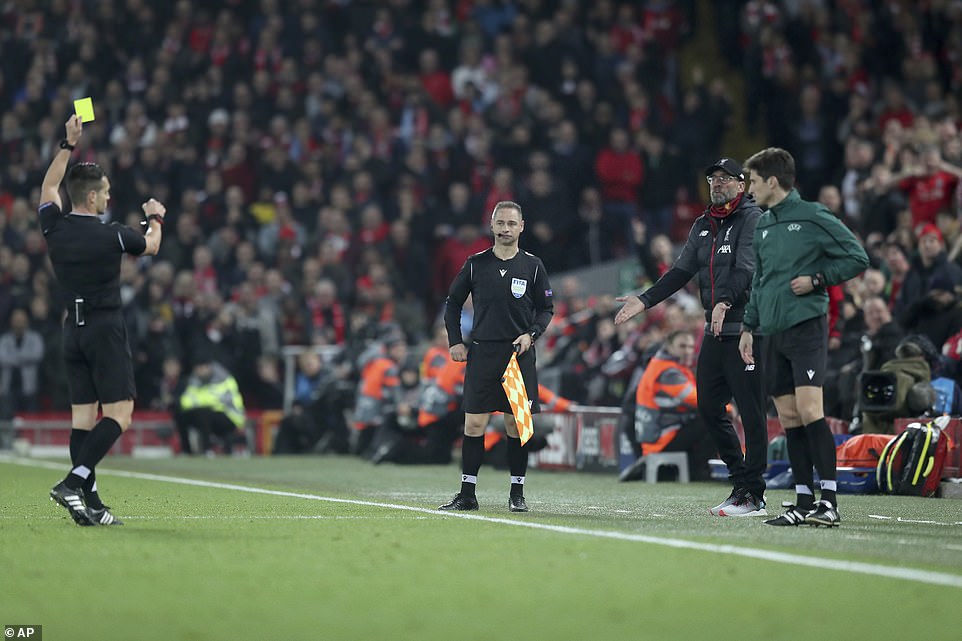 He took matters into his own hands, ripping up the system with the second half barely ten minutes old.

Joe Gomez, struggling to make any kind of attacking impact down the right in his first outing since the Raheem Sterling saga with England, departed and Alex Oxlade-Chamberlain was introduced. Henderson became an advanced utility right back.

Oxlade-Chamberlain’s impact in midfield was instantaneous.

He was a vital presence, driving forward to measure a cross which Kostas Manolas misjudged but Firmino, lurking behind him, headed wide: a desperate error in the circumstances. 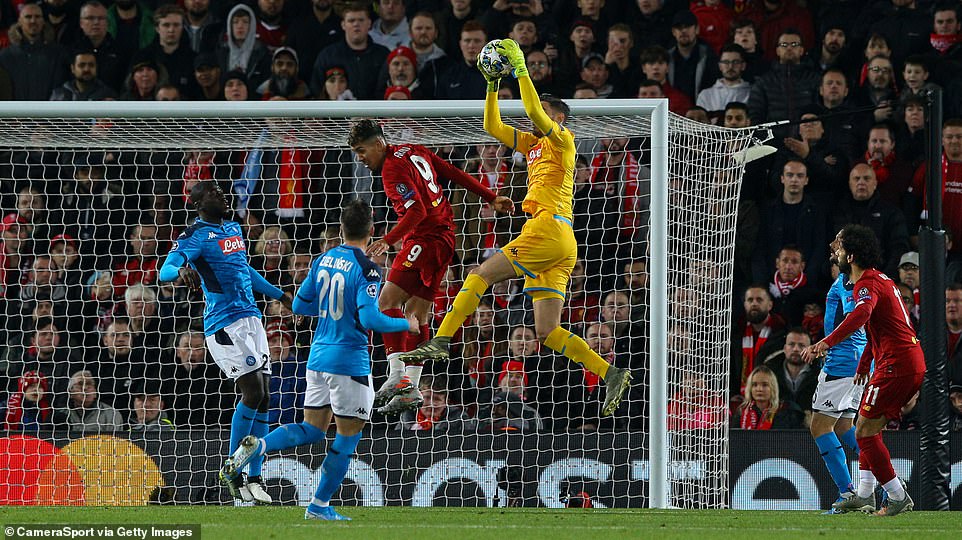 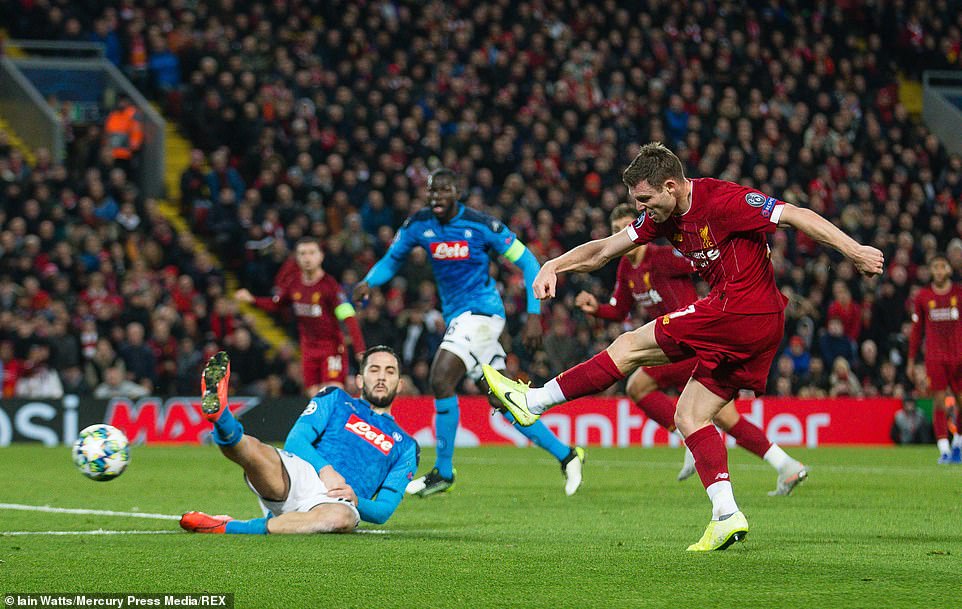 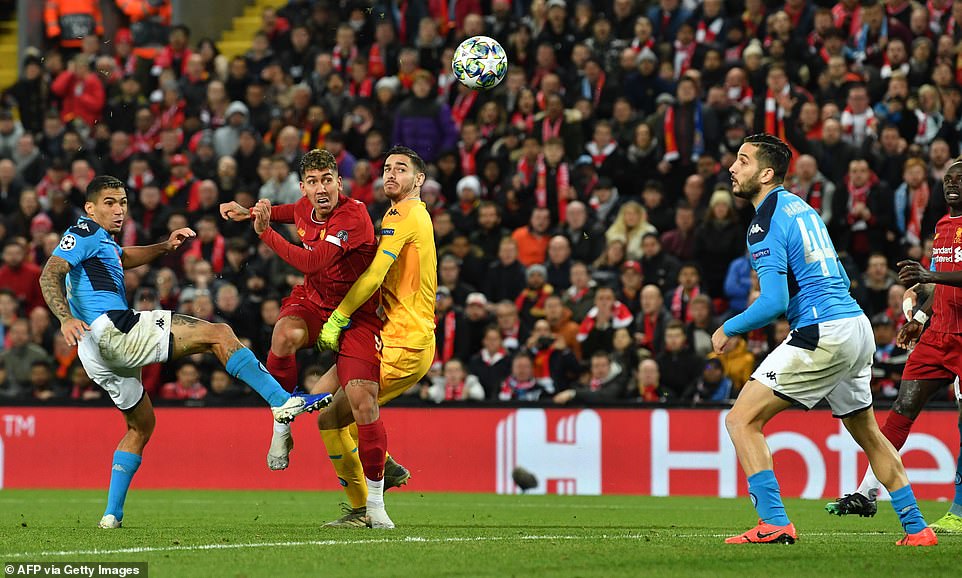 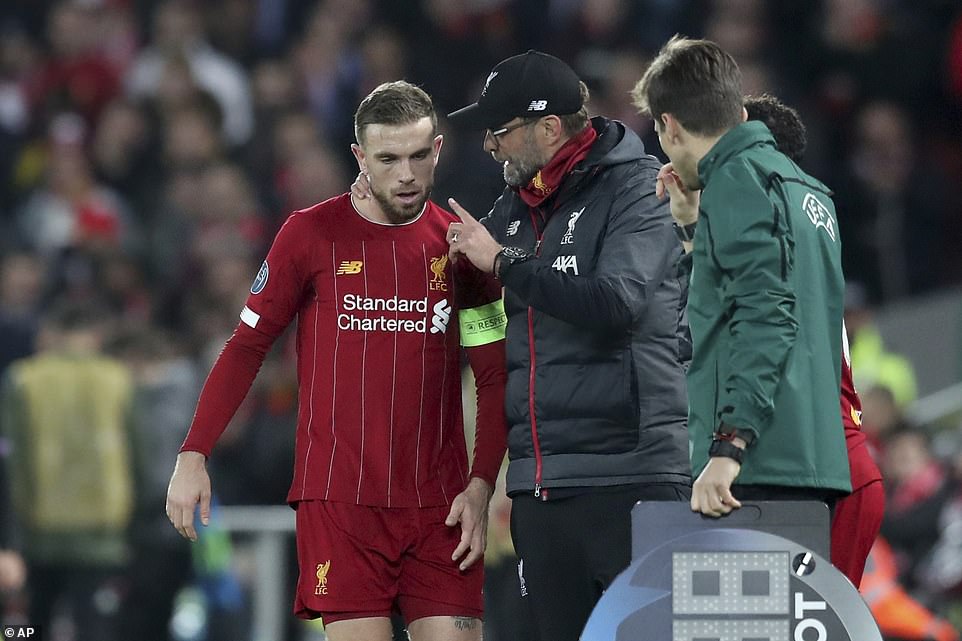 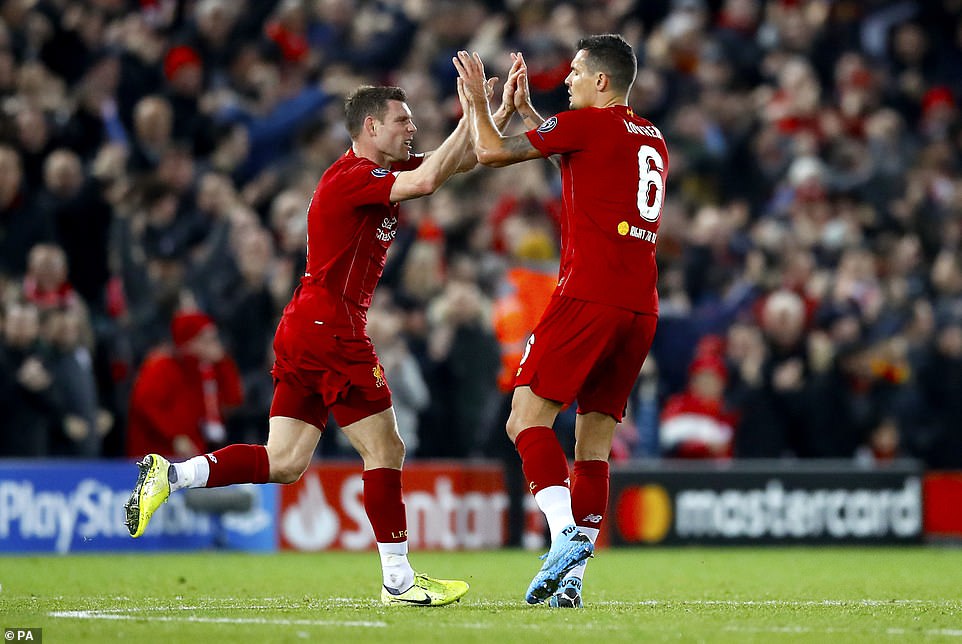 The game was five minutes past the hour mark when Lovren found the equaliser, rising above Mertens in the centre of the area to meet a Milner corner and deposit it into the top left hand corner of the net. The Italians claimed an infringement on Mertens. There was none.

The draw brings an end to a run of 17 consecutive wins at Anfield in all competitions, including penalty shootouts.

There had been hopes of eclipsing the club record of 19, set in 1972, though in football – and European cup competition in particular – you never know what lies ahead.

Those 100 games have taught Klopp that much. ‘In all my time here, can you ever tell me when it was easy?’ he said. 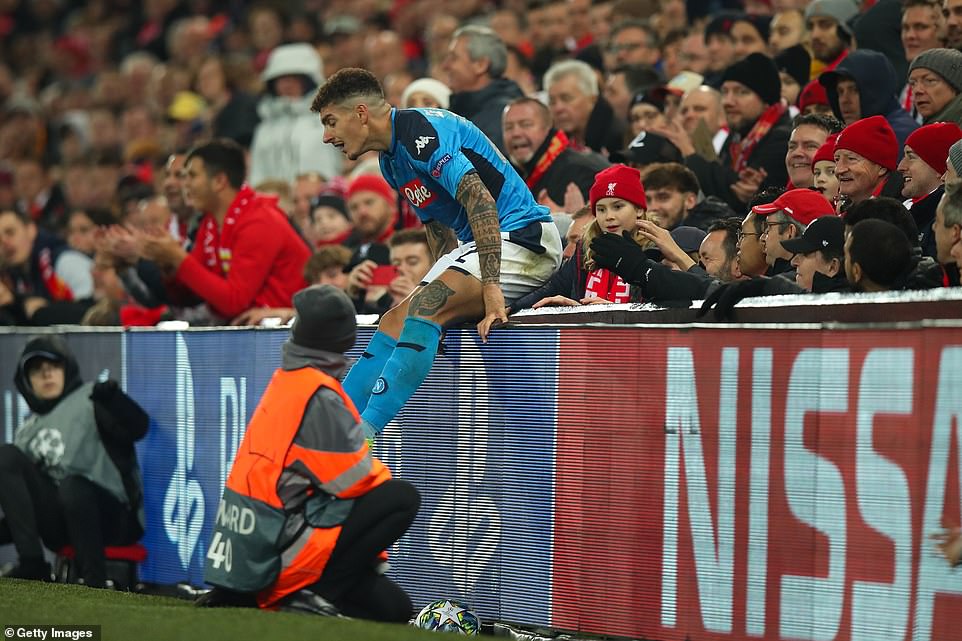 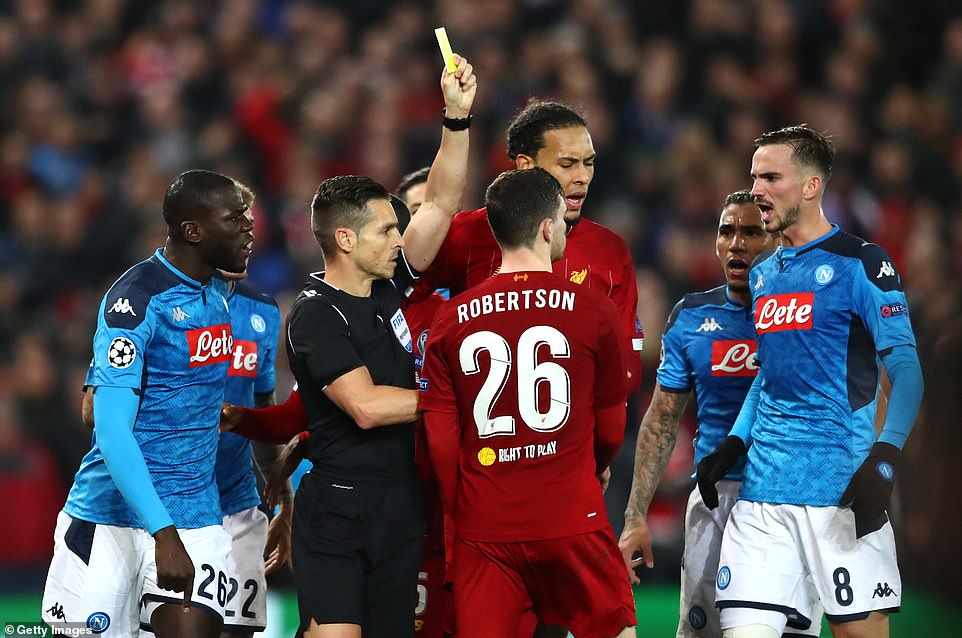