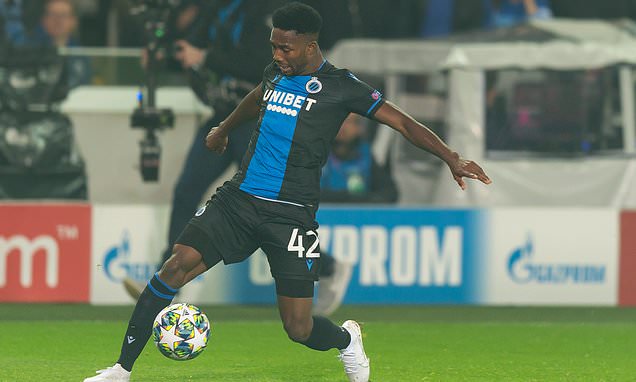 Leicester are reportedly considering a January move for Club Brugge striker Emmanuel Dennis, who is rated at £20million.

Brendan Rodgers is eyeing reinforcements in the winter transfer window as Leicester look to maintain their pace in the race for a top four spot in the Premier League.

Dennis, who netted twice in the Champions League against Real Madrid last month at the Bernabeu in a 2-2 draw, has three goals in nine league games so far this season for the Belgian side. 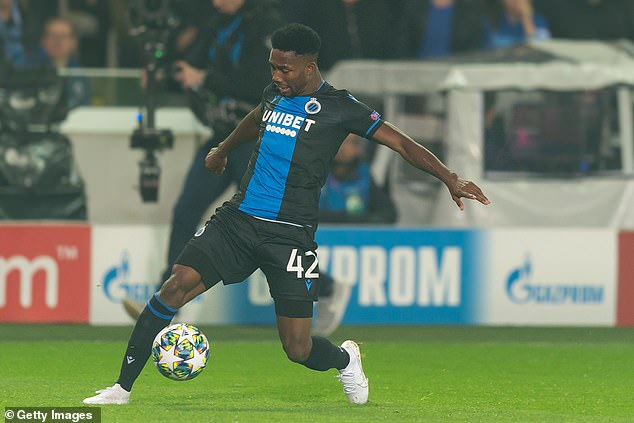 And according to the Mirror, Rodgers is a big fan of the Nigerian, and believes he can provided competition up top for Jamie Vardy.

Meanwhile, the report claims that the Leicester manager is also interested in a move for Real Sociedad defender Diego Llorente.

Llorente, who joined Sociedad in a £5m deal back in the summer of 2017 and has a release clause of £45m, has also attracted interest from London sides West Ham and Tottenham since. 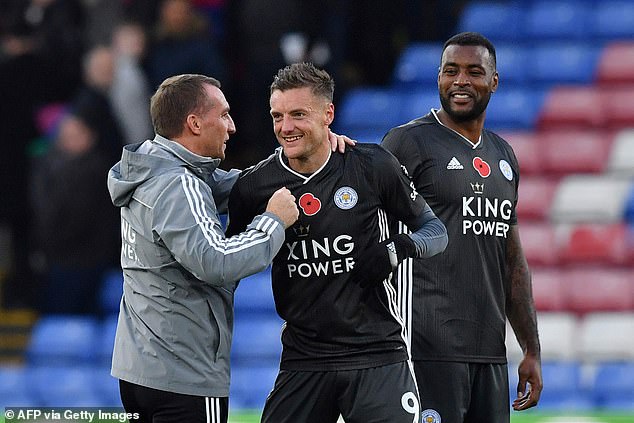 Rodgers is desperate to see his side go from strength-to-strength this season after a flying start to the Premier League campaign.

The Foxes currently sit third in the top-flight, just two points behind Manchester City in second and six above Arsenal in fifth.

The Gunners travel to the King Power Stadium on Saturday evening, and a victory for Leicester could already be a significant moment in the race for a Champions League spot. 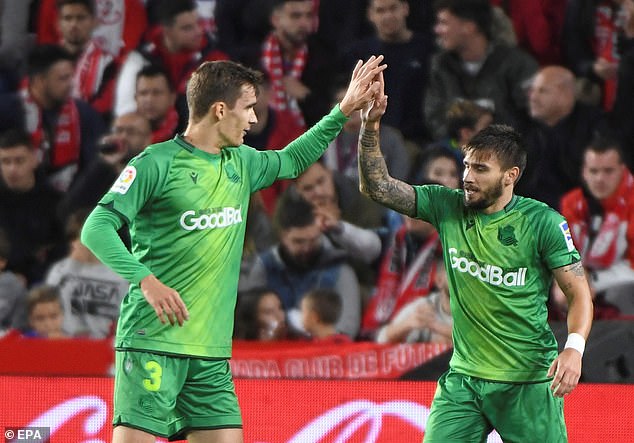 The Foxes, who are flying in the Premier League, are also interested in Diego Llorente (left)