The Los Angeles Lakers held off the San Antonio Spurs 103-96 on Sunday night, with LeBron James and Anthony Davis once again impressing.

James, who was in stunning form following a triple-double in an overtime victory in Dallas on Friday, added 21 points and 11 rebounds in San Antonio, while Davis had 25 points and also 11 rebounds.

Dwight Howard also put in an accomplished  performance with 14 points, contributing to the Lakers improving their record to 5-1, with American rapper Snoop Dogg watching on courtside. 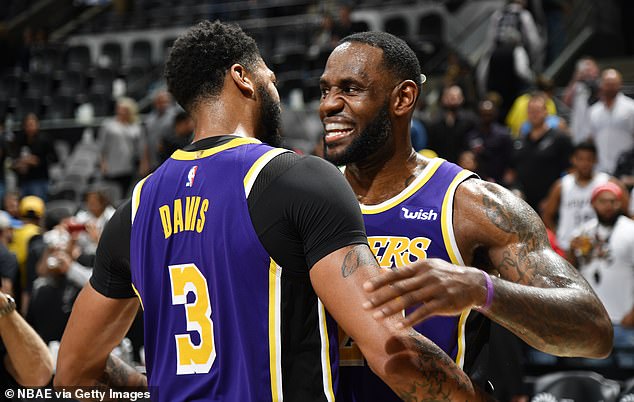 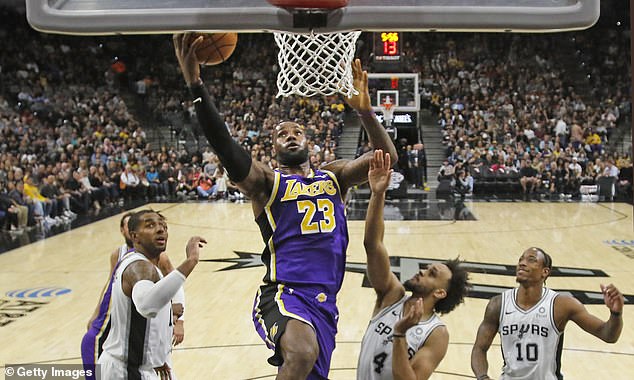 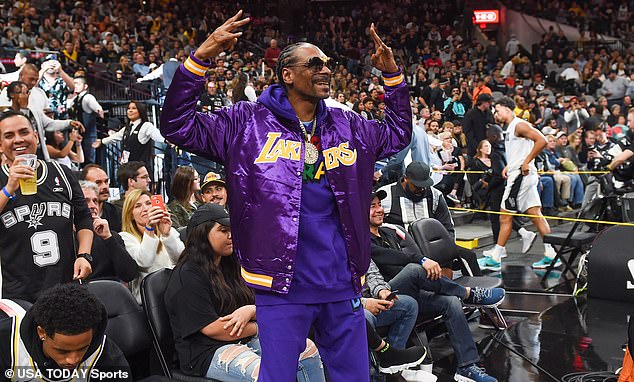 Dejounte Murray had 18 points and 11 rebounds for the Spurs, Rudy Gay added 16 points off the bench, and DeMar DeRozan had 14, but it didn’t stop them losing for the second time in three games to drop to 4-2.

James credited his strong start to the NBA season down to feeling pain-free on the court.

‘I’m playing injury free,’ said James. ‘I’m not injured. My quick twitch is back. My speed is back, my strength is back.

‘I put a lot of hard work into my offseason by getting my quick twitch, getting my bounce back, getting my speed back, my reaction time back. My mind has always been there. That’s what it’s all about.’

Meanwhile, the LA Clippers also won on Sunday largely thanks to the outstanding display of Kawhi Leonard.

The 28-year-old showed just how much of a difference he can make by scoring 18 of his 30 points in the fourth quarter, leading the Clippers to a 105-94 victory over the Utah Jazz. 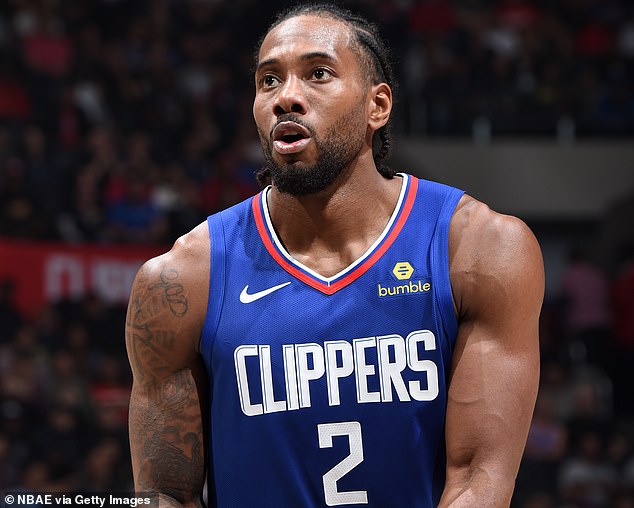 LA Clippers’ Kawhi Leonard was in mesmeric form on Sunday, particularly in the fourth quarter

Last Wednesday at Utah, the Jazz beat the Clippers by 15 points with Leonard sitting out – the following night, Leonard returned to the lineup and scored 38 points in a win over San Antonio.

On Sunday, Leonard helped the Clippers erase a double-digit second-half deficit and remain unbeaten, 4-0, at home. 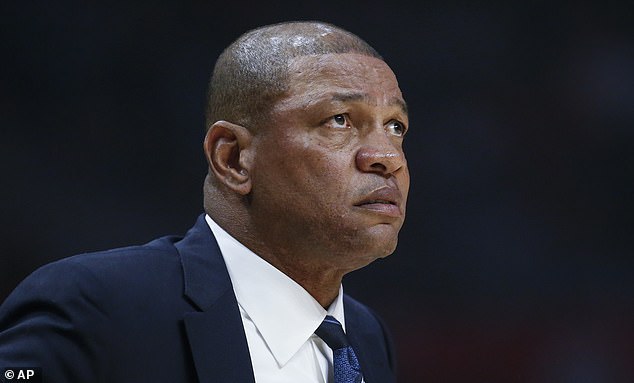 ‘I think it’s just about taking advantage of the moment and not shying away,’ Leonard said.

‘You’re not gonna make every shot that you shoot to win a game or every shot in the fourth quarter, so to me it’s about keep being aggressive and keep having fun.’

Clippers head coach Doc Rivers said of Leonard’s performance: ‘I guess that’s what Kawhi can do, really. I thought Kawhi and Lou Williams started running some good stuff together and we’re going to get better and better at it.’