Kawhi Leonard spoiled the Warriors’ first game at Chase Center just as he did their farewell at Oracle Arena four months ago, scoring 21 points in three quarters to lead the Los Angeles Clippers to a 141-122 victory on opening night at Golden State’s snazzy new arena.

Reigning NBA Finals MVP Leonard shot 9 for 17 and also dished out nine assists in his second game with LA after leading the Toronto Raptors to their first title last season in a six-game finals against the Warriors.

Stephen Curry scored 23 points and D’Angelo Russell added 20 in his Golden State debut, but the Warriors got beat up the way they used to do it against the entire NBA, even giving up a 46-point third quarter. 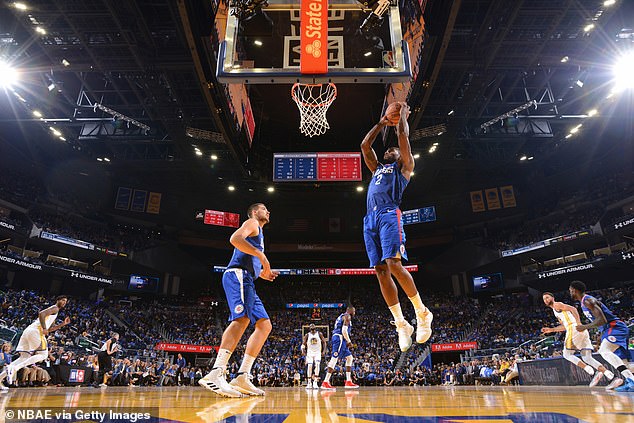 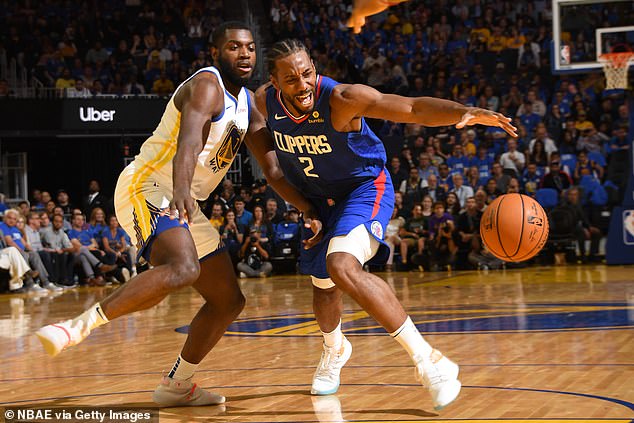 What a dud for the Dubs as they formally opened new Chase Center in San Francisco after 47 years at Oracle Arena in Oakland.

In a rematch of the hard-fought first-round playoff series last season won by the Warriors in six games on their way to a fifth straight finals, the Clippers jumped to a 14-0 lead making 5 of their first 6 shots. Golden State started 0 for 6 and missed four 3s. Russell’s jumper at 8:23 gave Golden State its first points and he scored the Warriors’ initial seven before Curry hit a 3 at 6:42.

The Warriors got a scare when they briefly lost Draymond Green at the 9:03 mark of the opening quarter after he appeared to injure his right elbow on a screen. Green returned to the court at the start of the second and wound up with 11 points.

Golden State coach Steve Kerr is embracing the move and new arena – he’s still figuring his way around the building – but noted ‘I’ll miss everything about Oracle. It’s a great place to play.’ 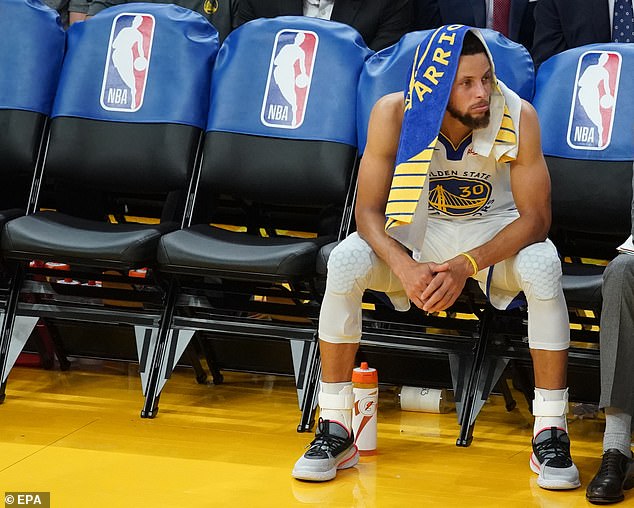 Curry, who at 31 is the oldest Warriors player, was 2 of 11 on 3s as Golden State struggled 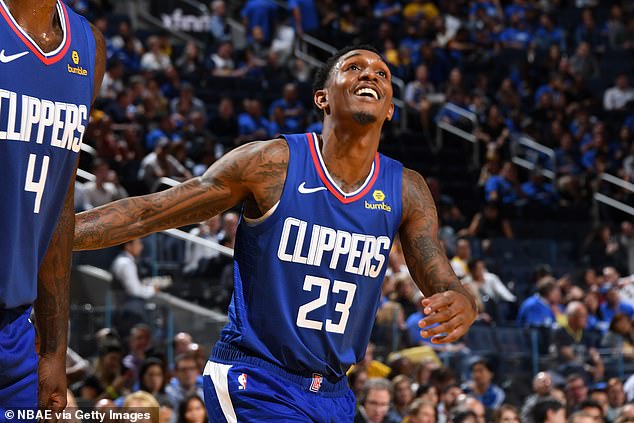 Lou Williams smiles during the match, in which the Clippers won their second straight game

Some fans left after the third quarter with the home team trailing 111-87.

Leonard and Patrick Beverley were booed during pre-game introductions for the Clippers, who beat the Lakers 112-102 in their opener Tuesday with Leonard scoring 30 points on 10-for-19 shooting.

Elsewhere, Giannis Antetokounmpo scored 30 points before fouling out and his supporting cast held on to lead the Milwaukee Bucks to a 117-111 victory over the Houston Rockets in a star-studded opener featuring the last three MVPs.

Antetokounmpo, the MVP last season, fouled out with about five minutes remaining.

Brook Lopez made two free throws with about a minute left before a layup by Russell Westbrook. But Lopez made a fadeaway shot to leave Milwaukee up 115-109 with 39 seconds remaining. James Harden added a pair of free throws before Ersan Ilyasova made a jump shot with about 15 seconds to go that sent many fans heading to the exits. 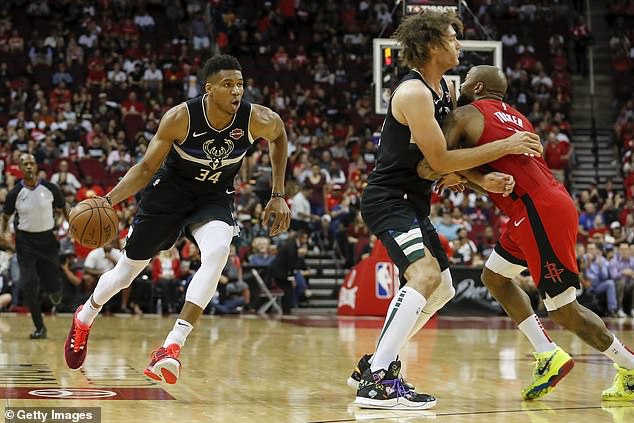 Some had wondered what would happen with the pairing of the two ball-dominant guards in Harden and Westbrook after the 2017 MVP was traded from Oklahoma City for Chris Paul this summer.

In their first game together with the Rockets both filled up the stat sheet, but they were unable to come away with a win after leading for much of the game.

The Bucks led by six when Antetokounmpo fouled out. He walked to coach Mike Budenholzer and implored him to challenge the call, but he’d already used his one challenge per game that coaches get this season and couldn’t do anything to help his superstar.

Houston scored the next five points, with the last four from Westbrook to cut the lead to 101-100. But Khris Middleton hit a 3-pointer with 3 1/2 minutes left to stretch Milwaukee’s lead. 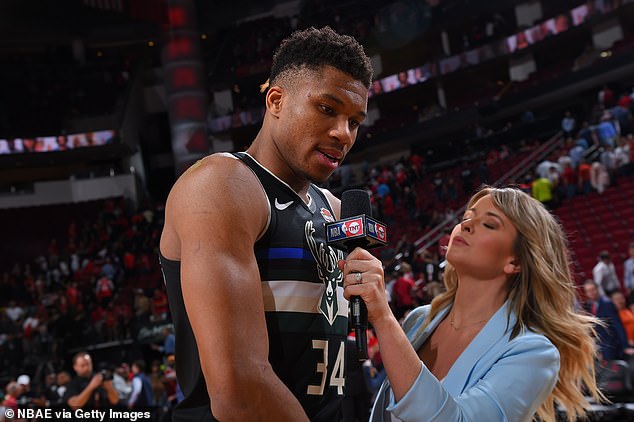 The Bucks were up by six with about two minutes left before P.J. Tucker knocked a 3 from the corner. But Wesley Matthews added a 3-pointer for Milwaukee seconds after that to push the lead to 111-105.

Milwaukee opened the fourth quarter with a 13-3 run to make it 91-90 and take its first lead of the night. Antetokounmpo led the way in stretch, scoring eight points. The Rockets missed several shots and had a turnover before they finally got back on track.

There were about eight minutes left when Harden found Westbrook connected on two straight plays. On the first one Harden dished to Westbrook and he was fouled on a layup to get a 3-point play. The next time down the court Harden sent a bounce pass to Westbrook in the lane and he finished with a two-handed dunk that put Houston up 95-91 and brought a huge ovation from the crowd.

But the Bucks made the next 10 points, led by five from Brook Lopez, who capped the run with a 3-pointer to make it 101-95 with about five and a half minutes left.