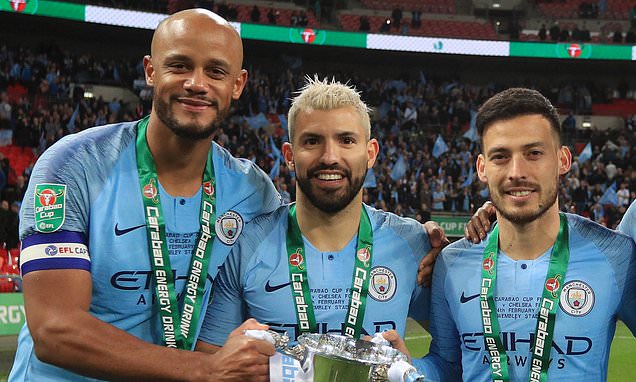 Vincent Kompany has revealed that former Manchester City team-mates David Silva and Sergio Aguero tried to convince him to stay at the club last summer.

The Belgian led City to the Premier League title last season but called time on his sensational career in Manchester by leaving the club to take on a player-manager role with Anderlecht.

Injuries began to take their toll on Kompany in the final few years of his stay at City as Aymeric Laporte and John Stones emerged as the club’s first-choice centre back partnership. 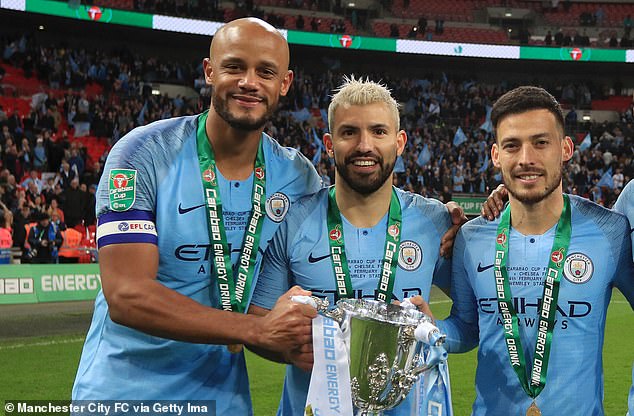 However, in his new book, ‘Treble Triumph’ Vincent Kompany: My Inside Story of Manchester City’s Greatest Ever Season, which is being serialised in The Sun, the defender admitted his team-mates wanted him to stay put.

He said: ‘I had no idea if Pep (Guardiola) felt the same, or if he’d have been happy for me to carry on playing beyond that season.

‘It was this ongoing fight to prove myself as being worthy of a place in the City team that led me to my conclusion — “I’m going to have to leave”.

‘The biggest compliment I’ve ever had was from David (Silva). He tried to convince me not to leave City.

‘Sergio (Aguero) did the same. To have big players like that asking me to stay was absolutely the best thing.’ 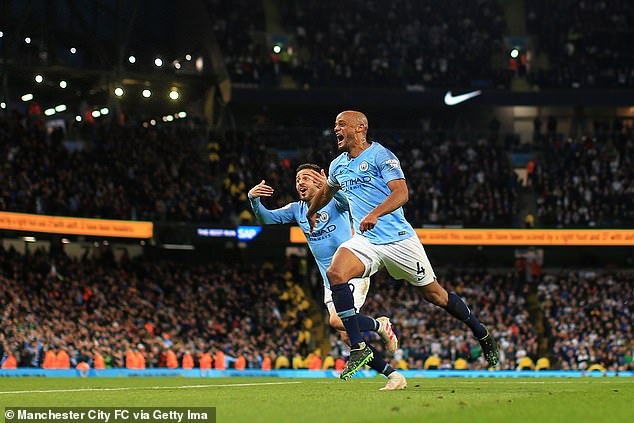 Kompany spent 11 years at City, winning almost everything possible during a trophy-laden spell.

He won four Premier League titles, two FA Cups and four League Cups as he cemented himself as one of English football’s greatest defenders.

Silva and Aguero enjoyed the majority of those moments with him too but are now looking to add more silverware without him under Pep Guardiola this season.

‘Treble Triumph’ Vincent Kompany: My Inside Story of Manchester City’s Greatest Ever Season is written with Ian Cheeseman and published by Simon & Schuster UK Ltd.