Zinedine Zidane may have been able to reignite the debate over whether or not France are mad to overlook the talents of Karim Benzema – but it would probably take Zizou leaving Real Madrid and taking over from Didier Deschamps to actually get Benzema back in the team.

While it may be true that player-for-player Benzema looks a better bet than Olivier Giroud, Deschamps is winning games and tournaments without him and is under no where near enough pressure to forget past fall-outs and recall the Real Madrid forward.

As Benzema continues to be ignored it’s worth remembering that France have history when it comes to leaving out some of their most talented players. 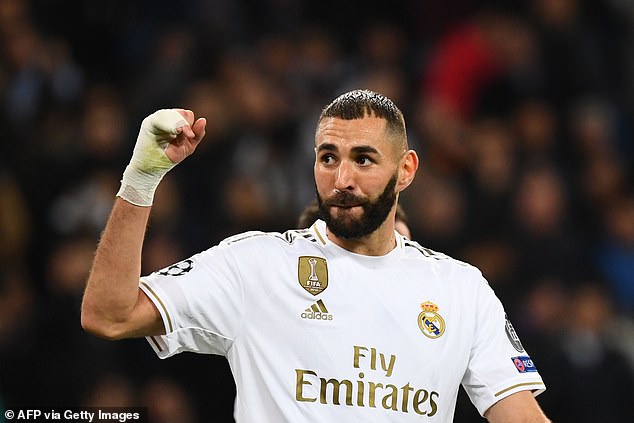 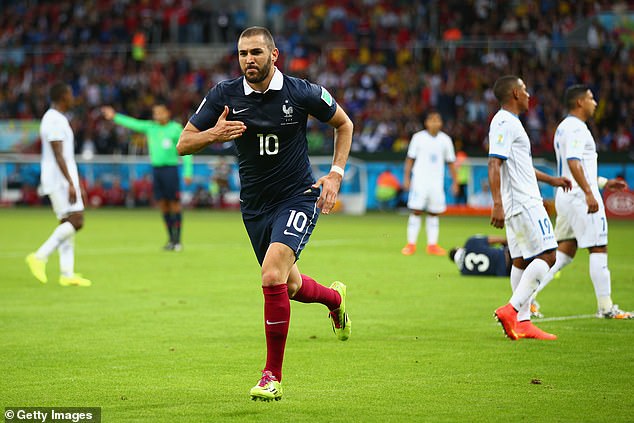 However, his complex relationship with France means his international exile is set to continue

Just ask Eric Cantona and David Ginola what it’s like to be on the outside looking in – unloved and unforgiven.

Few forwards in world football have performed better over the last 12 months than Benzema. In the last round of Champions League matches he scored his 62nd goal in the competition. Now only Raul, Lionel Messi and Cristiano Ronaldo have scored more in the European Cup.

Since Ronaldo left Real Madrid, Benzema has a better scoring record than his former strike partner. He is the only player who has really stepped up for the club since they sold the Portuguese.

He is playing the sort of football that would get him into any of the other final 23-man squads for next summer’s Euro 2020 but it’s all met with a shrug from Deschamps and the French Football Federation. 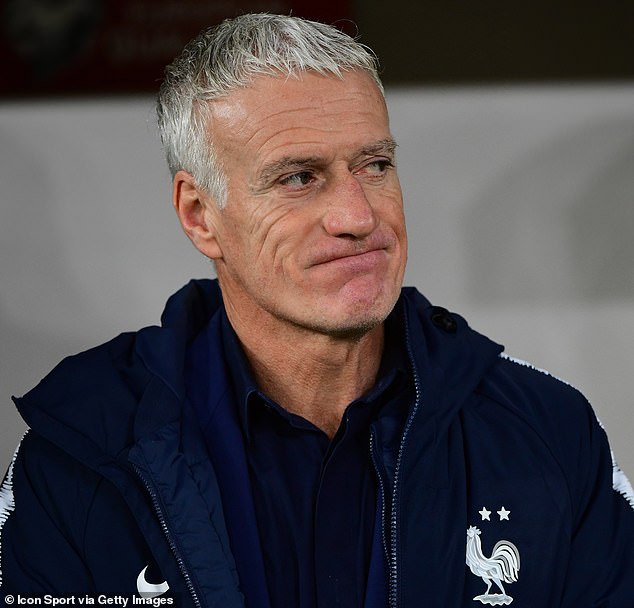 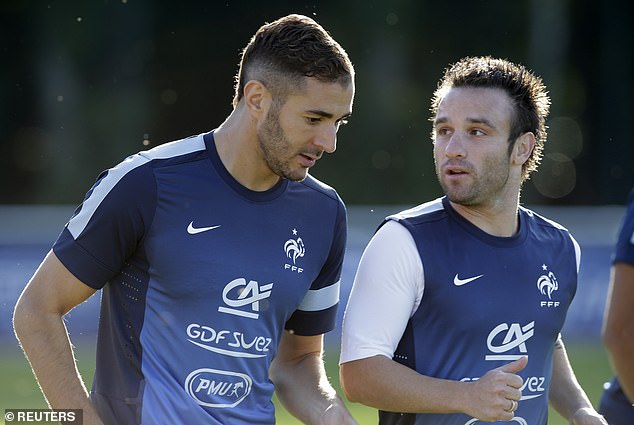 They are not budging on their decision to jettison him after his suspension for alleged involvement in an attempt to blackmail international team-mate Mathieu Valbuena with a sex tape in 2015.

French Football President Noel Le Graet even said last week: ‘His time with France is over’.

For Cantona and Ginola there was also no way back. In 1996 when Aime Jacquet picked his squad for the Euros in England Cantona had just been voted Footballer of the Year and won his fourth Premier League title but Jacquet was unmoved by a clamour to recall him.

Cantona had been the first captain Jacquet named when he took over the French team but the armband was taken from him when he was banned for assaulting a spectator at Selhurst Park and France had been on a 20-game unbeaten run in his absence.

Ginola had fallen out of favour with Jacquet long before.

In 1993 in front of 50,000 at the Parc des Princes he had come on as a late substitute for Jean-Pierre Papin in a game against Bulgaria which France needed to draw to qualify for the following summer’s World Cup. 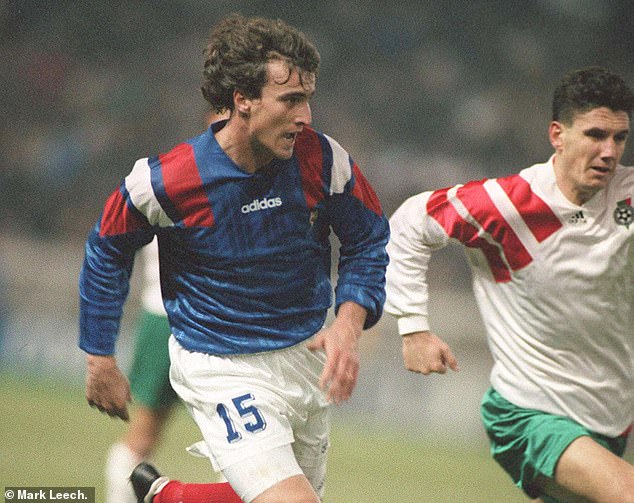 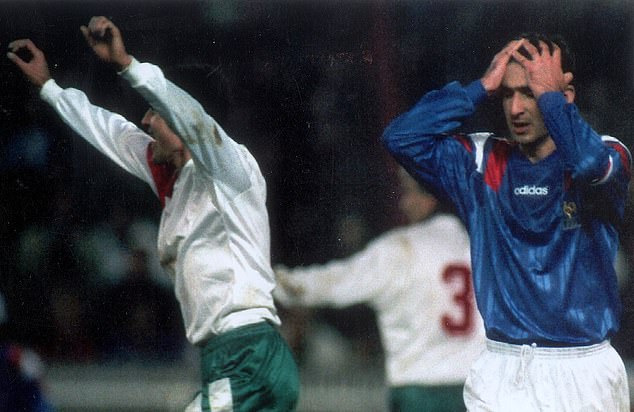 Eric Cantona, who was also involved in the Bulgaria loss, had his own indifference with France

A short free-kick was played to him and with the score at 1-1 all he needed to do was keep it in the corner and run down the clock. Instead he over-hit a cross into an almost empty penalty area and Bulgaria broke to score and win the game and leave France watching USA ’94 on the telly.

Jacquet was France coach Gerard Houllier’s assistant and could be seen head in hands cursing Ginola who was publicly blamed, admonished and never brought back into the international fold.

When Jacquet named that ’96 squad, also ruthlessly leaving out Papin, he said: ‘I have two priorities – to obtain the best possible result at Euro 96 and work for the future, for the 1998 World Cup in France.’ To be fair to him, that worked out OK.

And France will point to similar successes without Benzema having reached the final of Euro 2016 and won the World Cup in Russia without him. 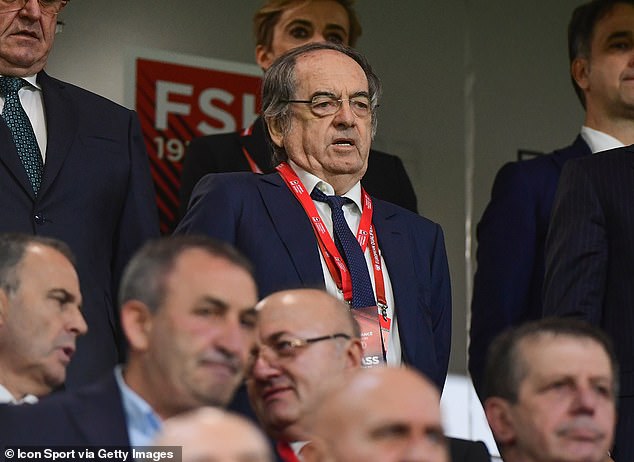 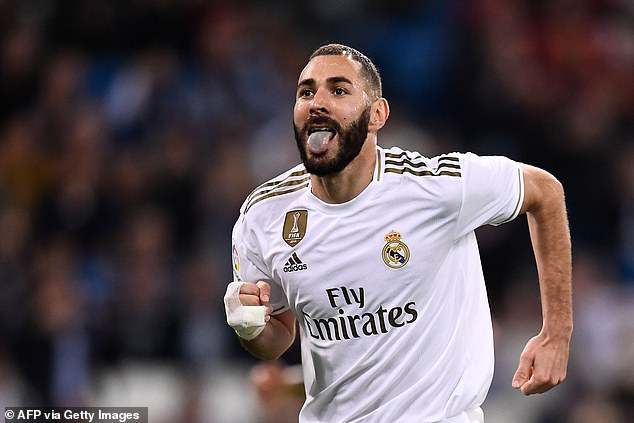 Benzema has responded to Le Graet saying: ‘I, and I alone will put an end to my international career.’ He even threw down the gauntlet: ‘If you think I’m finished let me play for one of the countries for which I am eligible and we will see.’

It seems unlikely he will get a chance for another country or that France coach Deschamps’ line will ever stray far from that of Le Graet.

He still hasn’t forgotten how Benzema suggested that him being left out of the Euro 2016 squad (after his suspension was lifted) was based on the coach giving in to the racist part of French football.

Deschamps was accused of racism after Benzema’s comments and even had his house daubed with graffiti.

It’s all too ugly to be resolved in time for next summer’s Euros as beautiful as it might be to see Benzema, Antoine Griezmann and Kylian Mbappe all in the same team.