Jose Mourinho took time out after his Tottenham side pulled off a sublime comeback against Olympiacos, to make clear he had apologised to Eric Dier for substituting him after just 29 minutes.

Mourinho watched on as his new club conceded twice to Olympiacos, in a first half which was a shock to the system for Spurs inside their home stadium.

Taking drastic and immediate action, Mourinho hooked Dier in ruthless fashion in order to set up his side in a different formation and take the game to his Greek opposition. 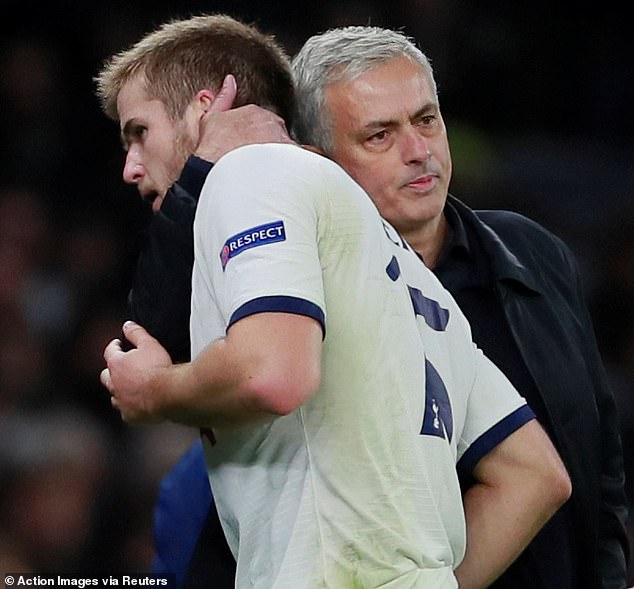 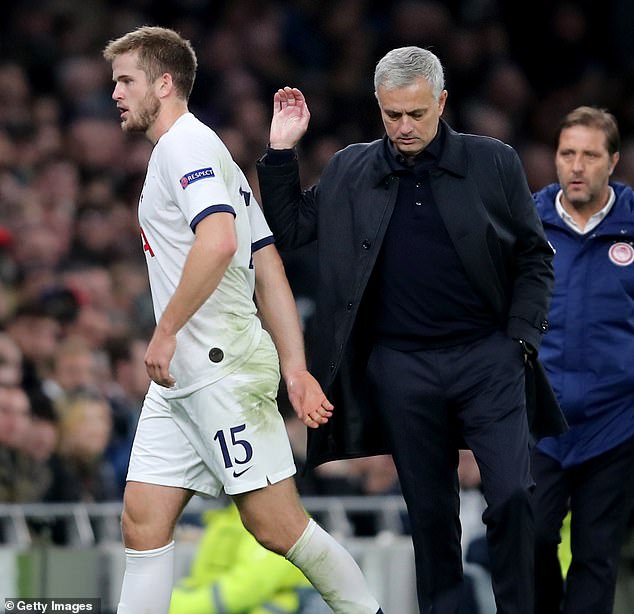 Explaining his actions following an impressive 4-2 victory, Mourinho told BT Sport: ‘The first thing I want to say is to do publicly what I did in the dressing room which is to apologise to Eric Dier.

‘It’s never easty for a player but I did it for the team. It was not for Eric playing badly, it was for the team to have different solutions. 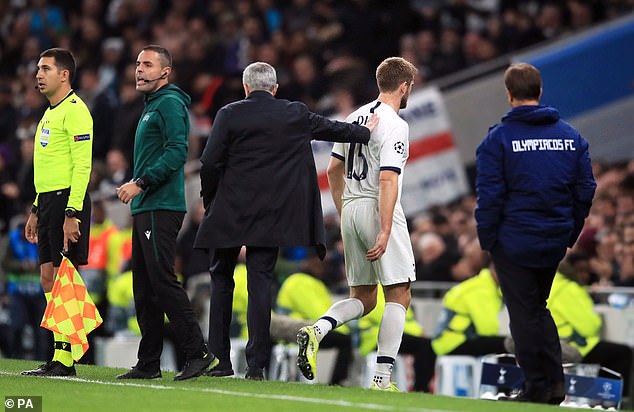 ‘I needed a second man with Dele Alli to come into the pockets and for that I just needed just one midfield player, so it was between Dier and Winks. It’s about the team it’s not about individuals.

‘The most important thing is done, we qualify for the next round. That was hard and they are a good team.

‘They attacked our self esteem and our self confidence. I didn’t expect our boys to feel this kind of pressure playing at half. Obviously not the best results in the past few months attacked their confidence. 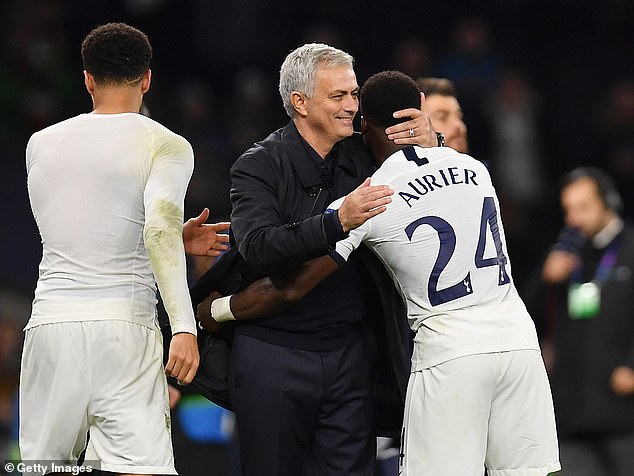 ‘At half-time the talk was about keeping calm and confidence. We felt with that goal at half-time that the second half was clearly possible.

Mourinho also paid tribute to a young Spurs ballboy inside the stadium, who showed awareness and quick reflexes in order to get the ball back on the pitch in a split second for the home side to go on and score.

‘I love intelligent ballboys. I was a brilliant ballboy as a kid and this kid was brilliant. He understands the game and he got an assist,’ Mourinho added.