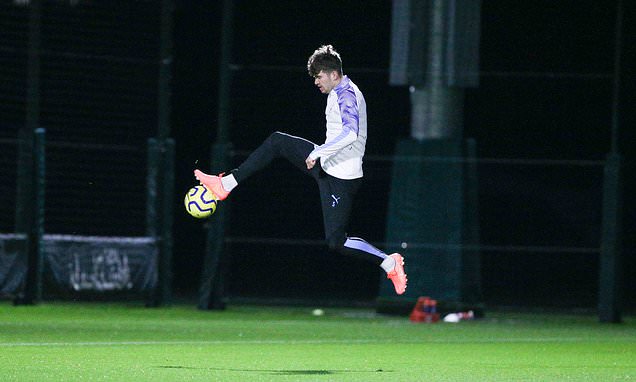 John Stones can play himself straight back into the England team assuming he demonstrates that he is back to his old self amidst the intensity of Manchester City’s top-of the-table clash at Liverpool.

Stones was one of the stars of England’s run to the World Cup semi-finals, having seemingly established himself as a world-class defender with performances in Russia and his role in Manchester City’s title winning season that year.

But he struggled in the aftermath of Russia 2018, partly with injuries but also because he fell behind Aymeric Laporte and Vincent Kompany in Pep Guardiola’s pecking order. 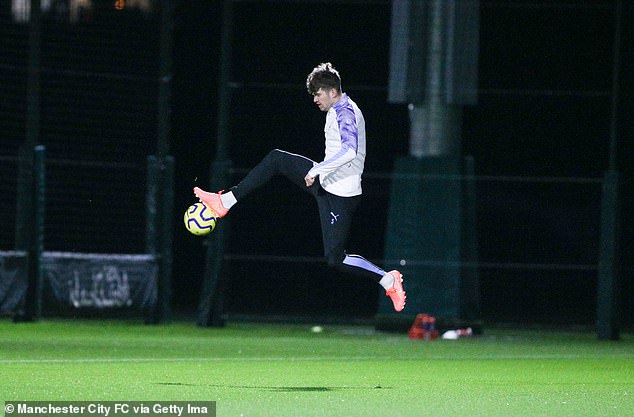 John Stones can earn his England place against Liverpool, according to Gareth Southgate

With Laporte injured and Kompany gone, Stones is back playing now and back in Southgate’s squad but the England manager says that Sunday’s game will be a crucial test of whether he is back to his World Cup form.

Southgate said: ‘The games that he’s played in so far he’s looked absolutely fine, but they [City] are not always tested without the ball and I think this Sunday they certainly will be.

‘We know the quality he has and he’s played such an important part in our run to the World Cup semi-final, a couple of matches on the way to the Nations League and then a really difficult period at the end of last season, beginning of this with injuries.

‘So, I think it’s a very important spell for him with his club. Clearly there’s always competition for places at a club like Manchester City and if you can establish yourself there, then you’re in a good place to be in good form when you come with us.

‘In the ideal scenario, you want players that are playing Champions League football, playing in matches where they’re pushing to win trophies because the extra pressure that comes with those games is what you have to deal with when playing for England.

‘When you’re playing for big clubs, there’s a responsibility to perform every week.

‘With lesser clubs, sometimes you can lose and there isn’t a big inquest. There might be within the club and locally, but with the big clubs, that’s national. The profile is just bigger and it’s closer to what they face with the national team.’

Stones’ difficulties culminated in his giving the ball away for Holland to score the winning goal in the UEFA Nations League semi final in June, meaning he was dropped for the third and fourth play-off.

Since then, England have continued to struggle defensively without Stones, with poor performances against Kosovo at home and Czech Republic away. And Southgate doesn’t believe the Man City defender had been unduly affected by the gaffe against Holland. 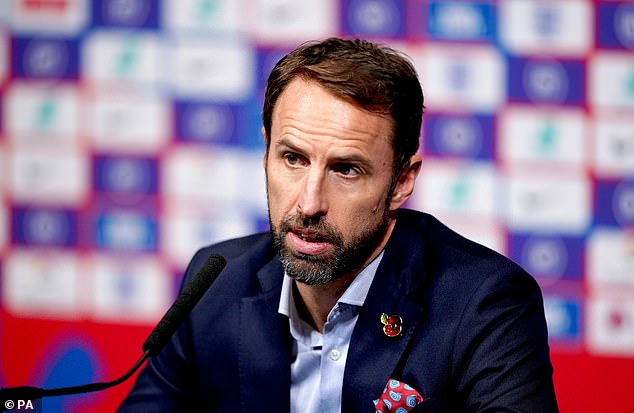 ‘He’s a brave player and I think it will be something he’s able to get on with pretty quickly. It’s certainly not something that I think about when I’m thinking about selecting John.

‘It’s more important to me how he’s playing at that moment with the club. I think I said after that [Holland game], I didn’t play him the game after because I felt he wanted to be in a confident place when he next played for England and if he can come through this weekend strongly, then that’s where he’d be I would think.’

Southgate sets great store on how players perform in these high-pressure games, valuing them higher than a run-of the-mill matches.

‘I talked about this at the beginning, saying that they were going to get more of those big match experiences over the next few years.,’ he said.

‘Already last year, quite a few played in the Champions League final against each other. Manchester City over the last couple of years have been pushing for the title, Liverpool are doing that.

‘Marcus [Rashford] already has had FA Cup finals, the Europa League final. So, they are the matches that you find most about the players, because we can watch them in league matches but everybody’s a bit calmer in those more regular league games, but these top-of-the-table clashes, you really find out more about individuals and you see the best against the very best, and that’s what we’re going to face in the European Championships.’