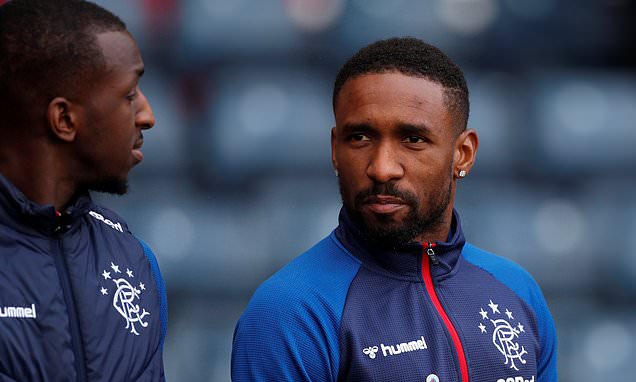 He has spent nearly two decades as a top-level footballer but Jermain Defoe has found winners’ medals fiendishly difficult – and time-consuming – to pin down.

The Rangers striker owns a solitary bauble for helping Tottenham lift the 2007-08 League Cup but it took 10 years to get his hands on it after a low-key presentation in the Bournemouth dressing room in December of last year.

Defoe was actually part of two cup-winning squads in that 07-08 campaign but fate meant he had been sold by Juande Ramos by the time the Wembley date rolled round, while he was also cup-tied for new club Portsmouth as they marched to FA Cup success. 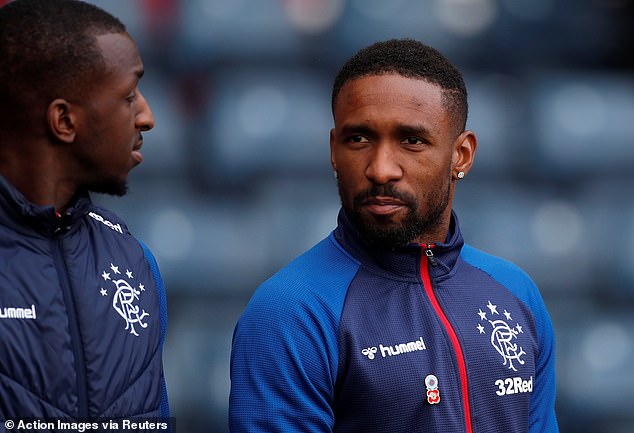 A veteran of 57 games as an England international and seventh-most prolific striker in English Premier League history, it would be churlish to say Defoe has been starved of success.

However, at the grand age of 37, he senses that the very best day of his career might just be round the corner.

The prospect of competing in a Rangers v Celtic cup final at Hampden next month has really got his juices flowing.

‘That’s what I came here for, to be honest,’ he said. ‘I had other options in England but when I got the call from the club I thought, do you know what? The opportunity to come to a club of this size at the back end of my career and try to win some silverware – for me it was an easy decision.

‘A game against Celtic at Hampden? It doesn’t get any bigger than that. The stadium is going to be electric.

‘For me it is all part of the experience. When you finish playing you want to be able to look back and say: “I experienced big games like these”.

‘To come and play at such a big club in front of these special fans at this stage in my career, it’s just brilliant.

‘If we win it would be up there with anything I have achieved. Of course it would.’ In those days Defoe had Robbie Keane, Dimitar Berbatov and Darren Bent as rivals for a starting jersey yet even that quota of forwards struggled to muster the goals to make a consistent challenge for honours.

He returned to Tottenham as the £15million striking jewel in the crown of Harry Redknapp’s glittering squad but that 2008 win remains the club’s last big honour.

Defoe, who also turned out for West Ham, Toronto FC, Sunderland and Bournemouth before making his loan move to Glasgow in January, knows success is expected at Rangers – but he does not take it for granted.

He would urge his team-mates to seize the moment and believes they need only look as far as manager Steven Gerrard, a Champions League winner with Liverpool, for an insight into the character it takes to haul a team over the line.

‘I do believe we had the quality of player to win so much more at Tottenham but it just didn’t happen for us,’ he continued. ‘We had an unbelievable squad but we got one League Cup. 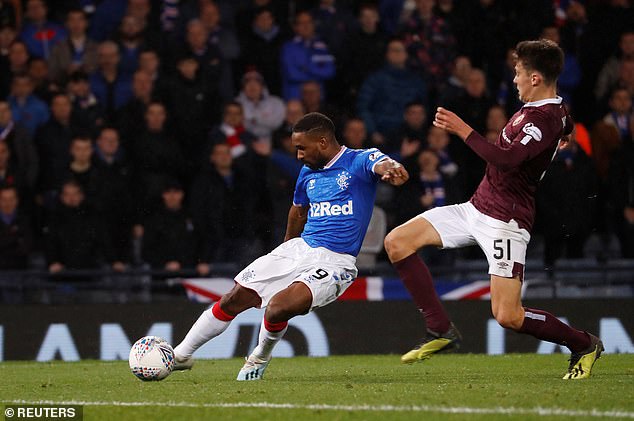 ‘Just because you have one of the best squads in the league doesn’t guarantee you success.

‘You need to perform, yes, but also have the character to get over the line.. That’s the position we are in now.

‘The manager has done that – he won trophies with Liverpool and is a great example for each player in there.

‘The fact of the matter is that this is why I came here. I signed for Rangers for the opportunity to win silverware with these lads.’ The calibre of team-mate at Ibrox may be more modest but in Alfredo Morelos he shares the lone-striker role with a bullish young forward who is looking increasingly focused on prizes himself.

A purple patch from Defoe at the end of last season saw Morelos relegated to the role of substitute but the Colombian seemed to take impetus from his spell on the fringes and started the new season with a blizzard of goals and less of the hot-headed drama that blighted his first couple of years at Ibrox.

Gerrard’s increased trust in the younger man means he’s likely to get the nod to start the final but the pair enjoyed some rare minutes on the field together during last weekend’s semi-final win over Hearts when Defoe came on after Morelos’s two poacher’s finishes had secured a 3-0 win. ‘Yeah, he played me through and I should have done better!’ laughed Defoe, who believes it’s no coincidence that Morelos is scoring more now that he has ditched much of his former petulance.

‘His game has gone to another level. His hold-up play has been good and his temperament excellent too – he is concentrating on the things that are important for us forwards.

‘It’s about getting into the right positions to score. He is scoring consistently now and scored a couple of good striker’s goals.

‘At some point he could play in the English Premier League but I don’t really want to talk about him playing at another club right now.

‘It’s important he focuses on playing here, winning things. Of course, the future is bright for him and he will decide what he wants to do in the years to come.’ Defoe knows he can’t cover the grass quite as quickly as he did 10 years ago but the knack of finding a yard of space and firing off his shots quickly remain potent weapons in his armoury.

Both he and Gerrard have spoken enthusiastically of thrashing out a contract for him to remain at the club beyond the expiry of his loan deal at the end of the season.

‘Even if I’d never played here, I would always have known that Rangers is a massive football club,’ he added. ‘It’s just so important that we win things.

‘A club of this size has to win. It’s as simple as that. So while last Sunday was a celebration we now have to go win the final and that will not be easy. That brings a lot of pressure but that’s the reality here.

‘But I’m so happy. I’d played at Hampden once before when I came on against Scotland in the 2-2 game but a cup final would be something else.

‘A lot of players never get this opportunity so I’m grateful.’