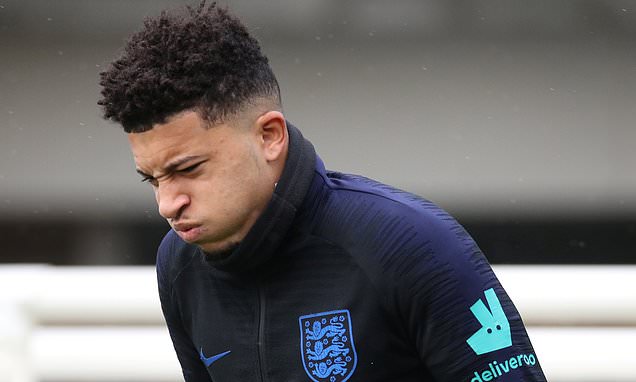 Jadon Sancho spoke to Gareth Southgate at length about his recent struggles in the Bundesliga after he was hauled off just 36 minutes into Borussia Dortmund’s 4-0 defeat by Bayern Munich at the weekend.

The winger was roundly criticised for his display in the heavy derby defeat and his club manager Lucian Favre said: ‘It was not good enough.’

Southgate revealed that Sancho spoke to him about his difficulties when he joined up with the England squad. 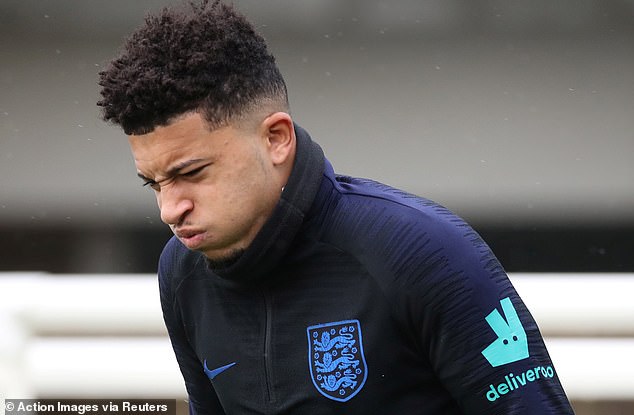 ‘He came to me at the beginning of the week and we had 25 minutes chatting,’ the manager explained.

‘We’ve a duty of care to help him to progress and develop. We’re also in constant communication with Dortmund.

‘It’s an enormous challenge he’s taken on to go to another country. There’s the football, he’s adapting to life and the language. He’s done incredibly well.’

It has been a tough month for Sancho as he was also dropped from the squad after turning up later from the previous international break. 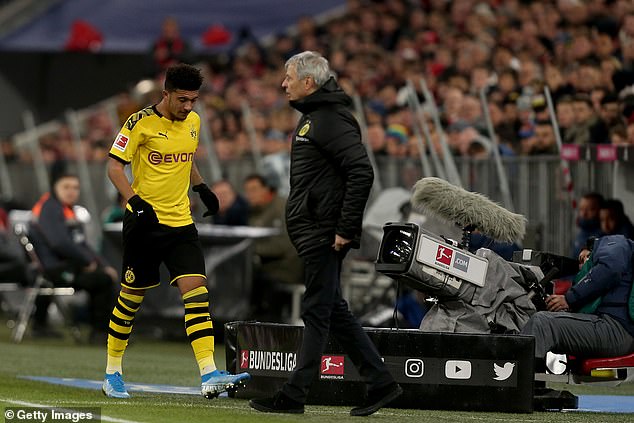 The 19-year-old has emerged as a leading talent in the Bundesliga since his debut last season and his latest blip has not stopped speculation linking him with a big money move to the Premier League.

Liverpool and Manchester United are thought to be interested but Dortmund are understood to want £125million.

Southgate thinks his recent troubles are simply part of the journey for a teenage talent.

‘Any young player is going to have ups and down. He’s played a lot of football — physically he’s a little bit fatigued,’ he added.

‘His club have kept playing him because he is a highly important player for them.’ 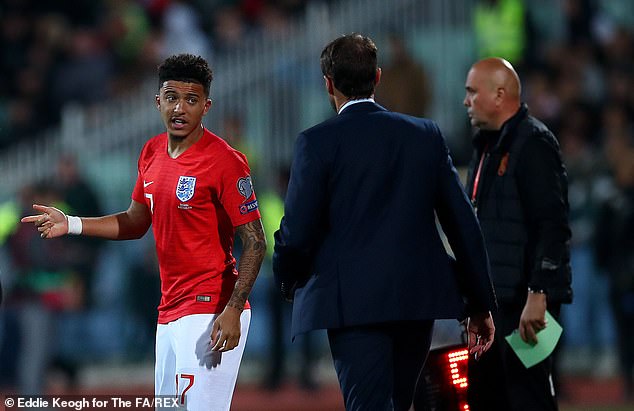