Yobo since retirement has worked as an NFF ambassador and TV pundit with SuperSports.

Some see the move as a good one for Nigerian football while others believe it is a political move aimed to replace Gernot Rohr. 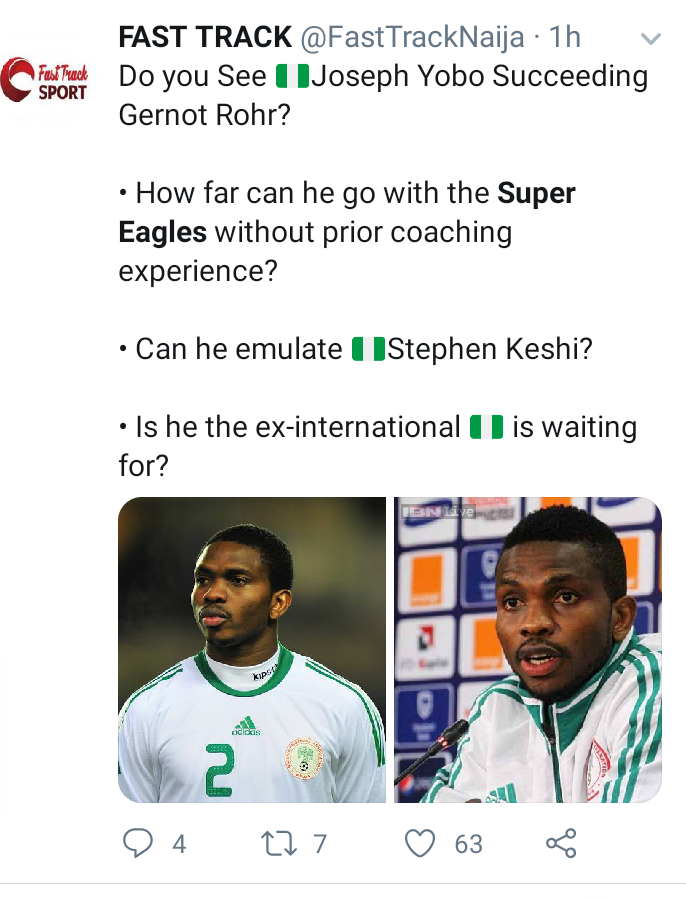 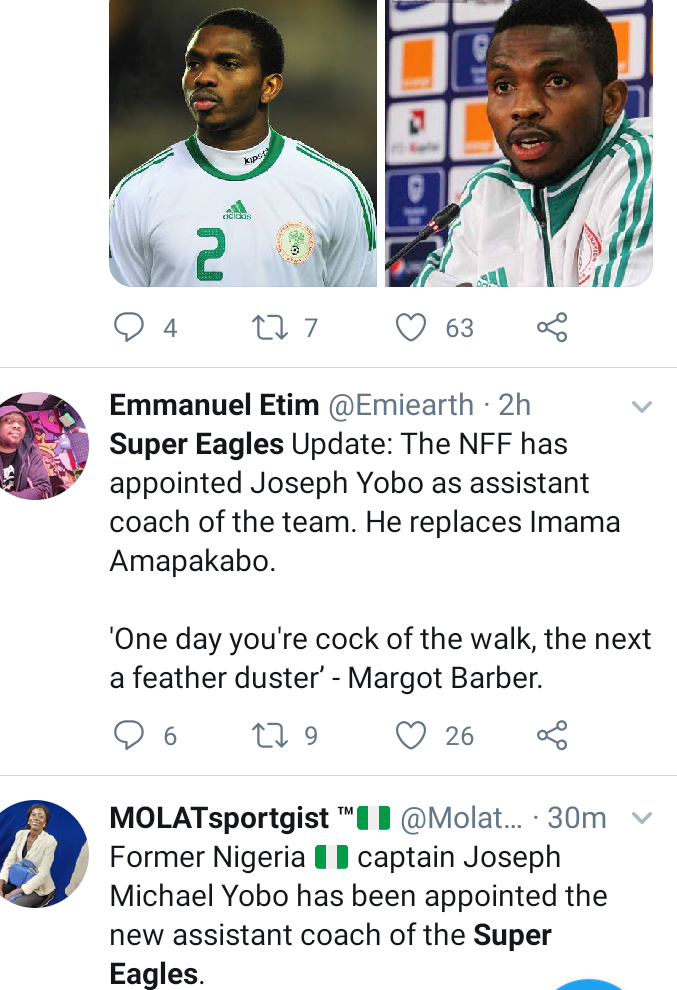 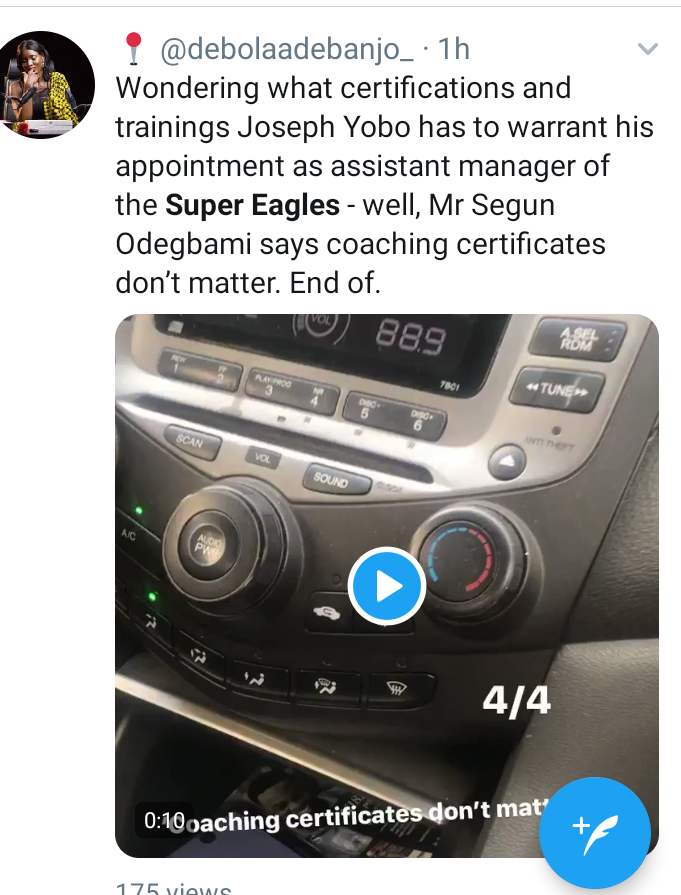