Jose Mourinho gave a passionate opening address to his new players after taking over as Tottenham manager.

The 56-year-old was appointed on Wednesday on a deal until the end of the 2022-23 season and he is looking to hit the ground running at West Ham on Saturday with the club slumped 14th in the Premier League.

Portuguese outlet Record provided insight into Mourinho’s speech to his players, where he vowed to ‘be your father, friend, girlfriend, whatever you want,’ in a bid to turn their poor form around. 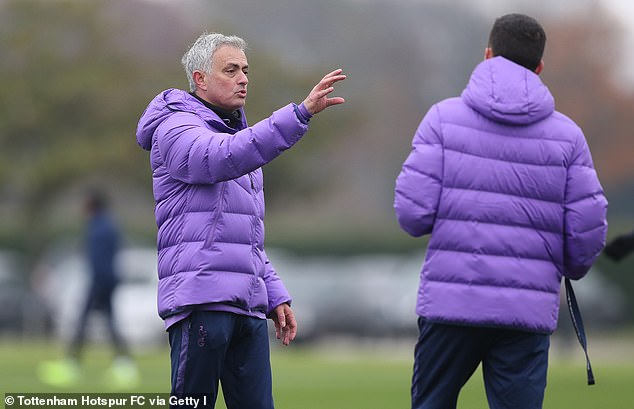 READ ALSO: Get a Professional Website For Your Business Today 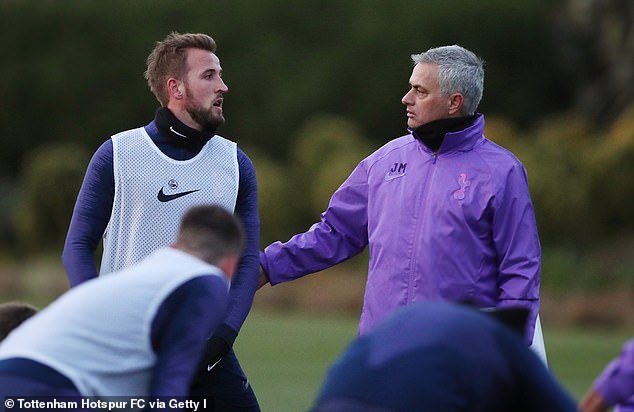 Mourinho has taken charge of two training sessions to date in what is only his second managerial job where he has arrived mid-season.

His immediate focus, as he reiterated to the media at his first press conference as Tottenham boss on Thursday, is to hit the ground running at West Ham to close the gap on the top four.

Tottenham are 20 points behind leaders Liverpool and 11 behind Manchester City, who go into the weekend’s games sat fourth. 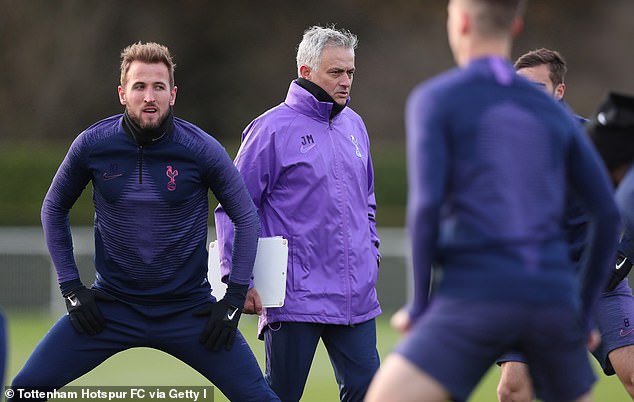 With their position surprisingly perilous after 12 games, Mourinho pulled up the table during his speech to players.

He reportedly was keen to stress to the group that they are far superior than their current position suggests and hopes facing the reality of their poor start head on can serve as motivation starting on Saturday.

Addressing his previous public image, and his fixation with psychology and ‘mind games’, he was insistent that it would have no impact on his third job in English football.

Getting players onside quickly, buying into his principles, will be crucial to Mourinho delivering any sort of tangible success this season.

With that in mind, Mourinho made the decision to speak individually with a number of key figures in the dressing room.

It was believed this was another motivational tactic that can rub off on the rest of the squad. 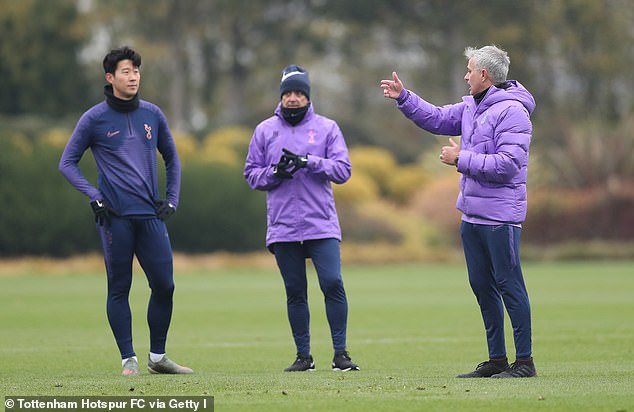 Sportsmail reported back in October that Mourinho was hopeful of becoming Tottenham’s manager – CLICK HERE to read what we said.

On Monday night, Sportsmail duo Sami Mokbel and Adrian Kajumba exclusively revealed that the end was near for Mauricio Pochettino – CLICK HERE to read the article in full.

Christian Eriksen, who is in the final year of his contract and looks set to leave as things stand, was pulled aside by Mourinho as he continues to try to convince him to stay.

The former Chelsea boss was jokingly reminded by his new players about his vow in 2015 that he would never manage the club due to his affection for the Blues.

He accepted that times have changed and is trying to instill a ‘family’ mentality within the group. To the media, Mourinho insisted that nobody in the world will want Tottenham to win more than him.

He also suggested he is such an on-brand club man that he will go to lengths of wearing Tottenham’s pyjamas in bed.

When asked in his press conference if previous allegiances will have an impact, Mourinho dismissed the notion out of hand.

‘I think they have to see me as Mr Inter, Mr Real Madrid, Mr Porto,’ he began.

‘I think they have to see me as Mr Club. Everywhere I go, as I used to say in a funny way, I arrive, wear the pyjamas for the club.

Mourinho faces a busy start to life at Spurs with two games in four days, with the trip to West Ham quickly followed by a home game against Greek side Olympiacos in the Champions League. 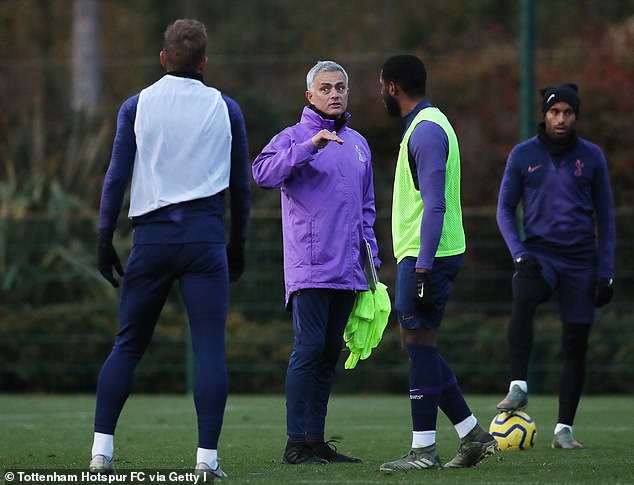 Mourinho had been out of work since his sacking by Manchester United in December 2018.

Tottenham will become the third Premier League side he has managed, after Chelsea and United, when he returns to the dugout at the London Stadium on Saturday afternoon.

Mourinho arrived at Tottenham with three Premier League titles to his name having been crowned champion at Chelsea in 2005, 2006 and 2015.