The bus conveying the players scheduled to play Jigawa Golden stars at the Kano stadium on Sunday December 1 was attacked in Kabba, Kogi state. 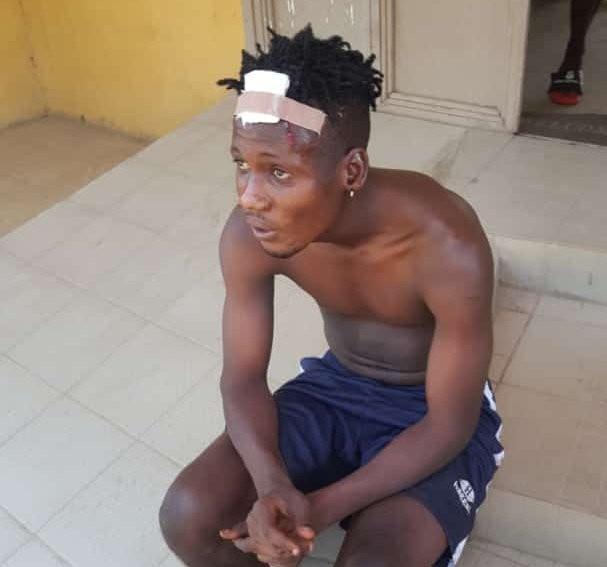 No life was lost in the attack but it was gathered that the driver and a player were hit by bullets fired at the bus.

Chairman of the club, Chukwuma Ubah who confirmed the attack told newsmen “Our bus was attacked by gunmen in Okene. The driver and a player was hit by bullets fired at the bus. They have been taken to a hospital nearby where they are being attended to. We thank God that no life was lost.”

The Club in its statement said the players were attacked by a gunman who wore NYSC uniform. Injured victims of the attack which ocurred by 1:30pm today have been taken to the hospital.

“This is to inform the general public that at about 1:30pm today, players of FC Ifeanyi Ubah (Anambra Warriors) who were travelling to Kano for their scheduled NPFL match day 6 fixture against Jigawa Golden Stars ran into a group of armed robbers dressed in NYSC uniforms, operating at Kabba junction, near Lokoja in Kogi state,” the statement read.

“To the glory of God, no life was lost. However, the driver was shot while some members of the coaching crew and players were critically injured. The affected persons are currently being treated and are responding to treatment.

“We wish to use this medium to appeal to the Federal Government as well as football regulatory bodies; Nigerian Football Federation(NFF) and the League Management Company (LMC) to further intensify security efforts to ensure the safety of teams who often have no choice than to travel long distances by road, especially clubs owned by Private investors who are made to invest their hard earned money in the growth and development of Nigerian football.

“Conclusively, fans, well wishers, supporters and Nigerians in general are kindly urged to keep the entire management, coaching staff and players of FC Ifeanyi Ubah in their prayers in this moment of despair.”