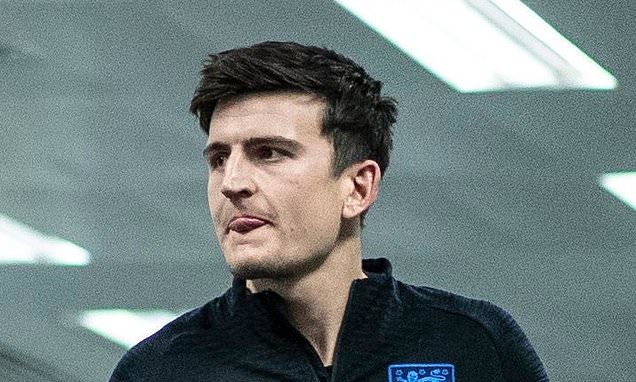 Gareth Southgate is concerned about Harry Maguire’s fitness for England’s Euro 2020 qualifiers against Montenegro and Kosovo this week amid frustration that the Manchester United defender has played more than 630 minutes for his club in under a month.

Maguire has played every minute for United in all their seven matches since the last international break, leading to fears that he could be suffering from fatigue before games which will determine England’s qualification and seeding for next summer’s tournament.

Maguire is Southgate’s first-choice centre back and would ordinarily start both matches, as he did last month’s qualifiers against Czech Republic and Bulgaria. But the England manager may be forced to rest him for one of the games as he is wary of him breaking down. 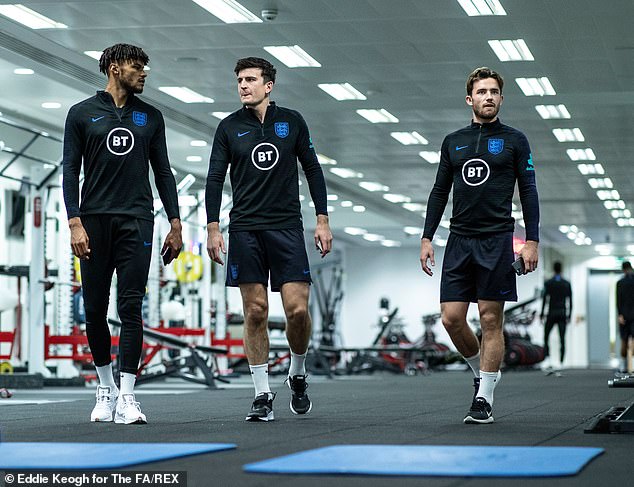 Tyrone Mings, Harry Maguire and Ben Chilwell in the gym at St. George’s Park on Monday

Identifying a fixed central defensive pairing is one of Southgate’s major concerns ahead, as John Stones and Joe Gomez have been used sparingly by Manchester City and Liverpool this season, leading to call-ups for Tyrone Mings and Fikayo Tomori.

Southgate’s frustration with Maguire’s workload has been exacerbated by the fact that Ole Gunnar Solskjaer’s reliance on him is highly unusual.

In contrast Solskjaer has leant heavily on Maguire and Marcus Rashford, who has also been involved in all of United’s seven matches over the last month, although the striker did start one game on the bench and has been substituted on four occasions. 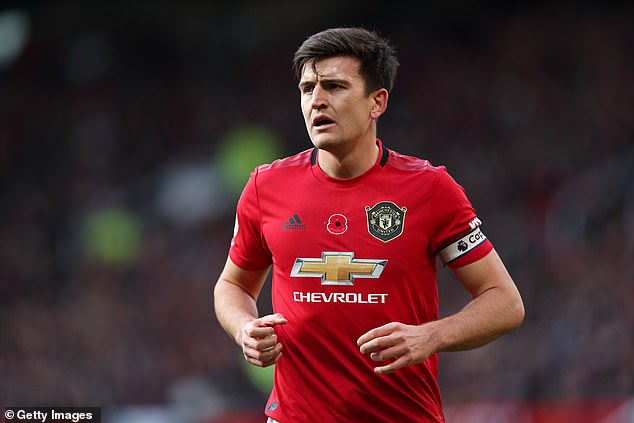 Southgate has more options up front however so it is the central defensive situation that is giving him most concern this week.

Mings made his debut alongside Maguire against Bulgaria last month and having performed admirably while being racially abused is hopeful of keeping his place against Montenegro at Wembley on Thursday. Tomori could be used for the first time in Kosovo.

Southgate will speak to his players about the abuse they endured in Bulgaria to check they have not suffered any after-effects.

The Premier League schedule and the risk of injury means Southgate will have only one full training session to work with his full squad.

All those who played for their clubs on Sunday completed a warm-down yesterday and will only take part in half of today’s session, with the full group not coming together until tomorrow.

England need a point from two matches to qualify, but with the Czech Republic just three points behind following last month’s defeat in Prague, one win is required to ensure they win the group and become top seeds.