France emerged teary-eyed and triumphant from a weekend of grit and inspiration to claim their first Fed Cup title in 16 years with a 3-2 win on Sunday over hosts Australia.

Kristina Mladenovic and Caroline Garcia combined for the decisive point, grinding down Ash Barty and Sam Stosur 6-4 6-3 in the doubles to seal France’s third title in the team event and leave a heaving crowd of 13,842 at Perth Arena deflated.

Edged out 3-2 on home soil by the Czech Republic in the 2016 decider, Mladenovic and Garcia were resolved to avoid a repeat of that heartbreak, and they played fearlessly on the blue hardcourt. 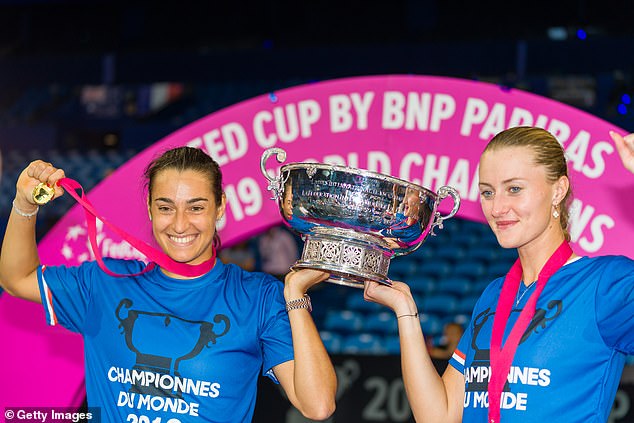 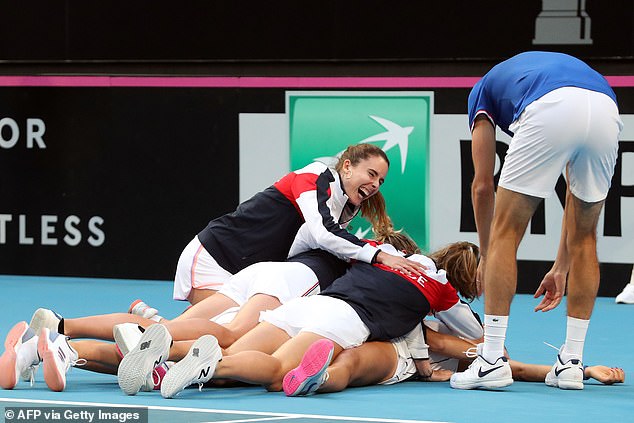 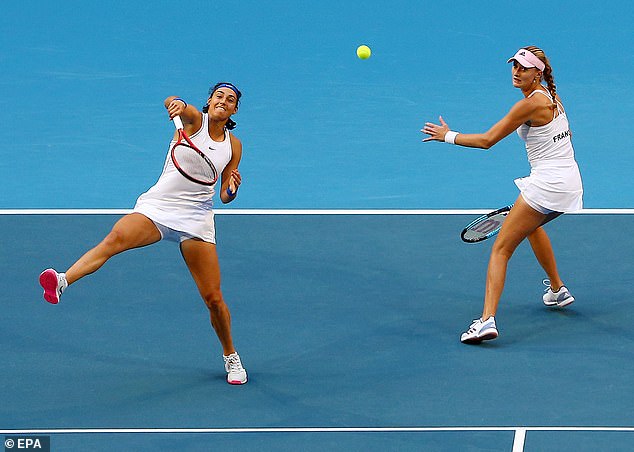 ‘It’s lots of emotions to share this with Caroline after three years ago (when) we failed on the last step of the tie,’ Mladenovic said courtside.

‘Today we just wanted to take this little re-match for ourselves. It’s just not describable how we feel.’

Mladenovic was key to France’s triumph, unbeaten in her three rubbers and having come back from a set down to stun world number one Barty in the reverse singles earlier in the day.

Paired with the French number one, Garcia put her 6-0 6-0 humiliation by Barty in the Saturday singles behind her and proved a menace for Australia throughout the doubles decider.

‘I’m not sure if I’m completely relaxed because it was a crazy weekend for everyone,’ she said.

‘We played a great match and it was very tense.

‘Of course it’s a lot of stress but I think we managed it very well.’

She and Mladenovic rallied from an early break down in the first set and saved a slew of break points in the second as the desperate Australians battled to stave off defeat.

Australia saved two championship points at 5-2 in the second set but Mladenovic capped her superb weekend by serving out the match.

The pair slumped to the floor in relief before being wrapped in a group hug with their team mates as a rowdy pocket of blue-clad French fans roared their approval from the terraces.