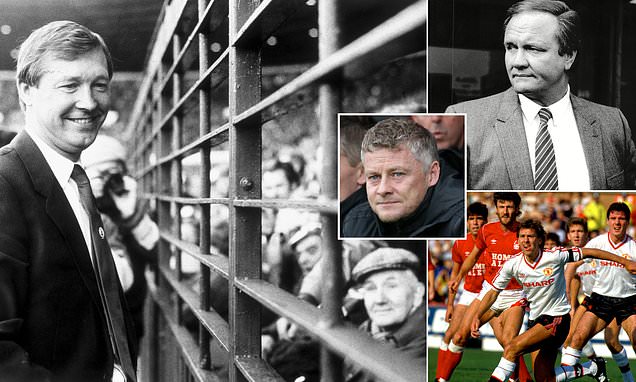 It seems that all of Manchester United’s Premier League defeats these days require an extensive delve back into the history books.

The last time the Old Trafford club had fewer points at this stage was back in 1986-87, a season that would ultimately prove one of the most pivotal in United’s entire history. 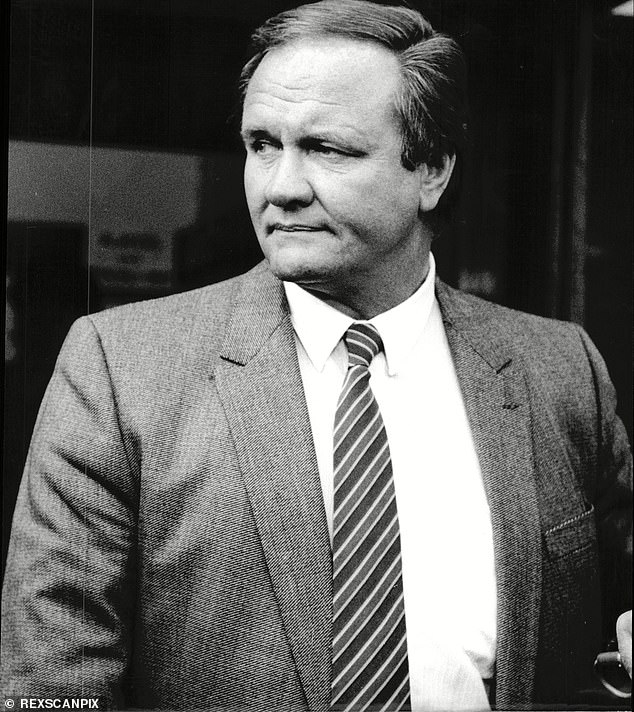 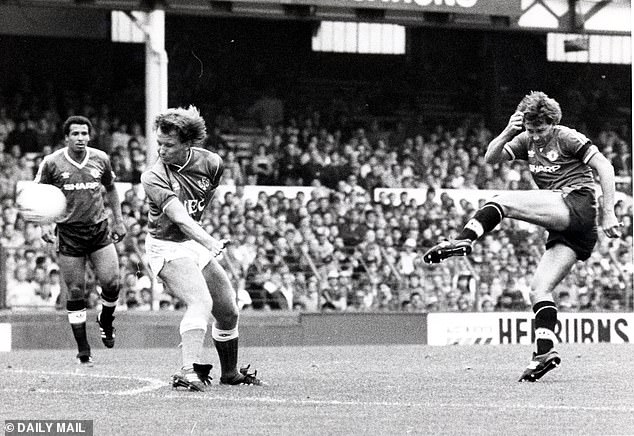 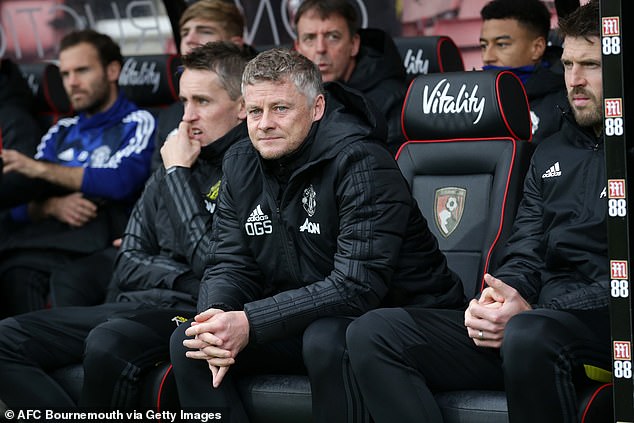 13 – Manchester United’s haul of 13 points from 11 Premier League games this season is their lowest at this stage of a top-flight campaign since 1986-87 (11). Crestfallen. #BOUMUN

Rather like this year, it had begun with a sense of optimism. Ron Atkinson was entering his sixth season as United’s manager and there was a sense the gap to the all-conquering Liverpool could be narrowed.

Big Ron had delivered two FA Cup successes but there was mounting pressure to end United’s 19-year wait for a league championship. They’d only finished fourth the season before having gone the opening 15 games unbeaten.

But before the season even kicked-off, Atkinson was bugged by rumours he was about to be replaced by the Aberdeen manager Alex Ferguson or Barcelona’s Terry Venables.

United had sold Mark Hughes to Barcelona for £2million over the summer and efforts to sign the England defender Terry Butcher from Ipswich Town failed when he opted to join the former Liverpool boss Graeme Souness at Rangers.

Then there was an injury crisis that saw Atkinson without captain Bryan Robson, who’d aggravated a long-standing shoulder injury at the Mexico World Cup, as well as Norman Whiteside, Remi Moses and Gary Bailey.

And there had been issues with discipline at a pre-season tournament in Amsterdam, with several players fined for breaking a curfew.

At least Atkinson appeared to carry the backing of chairman Martin Edwards, who said on the eve of the season: ‘Obviously it’s been a long time without the league title and the longer it goes the more the pressure builds up on everyone at the club.’

He then added, ‘but to keep harping on about it doesn’t help the management or the players’ having literally just harped on about it.

The opposite of the previous season’s quick start materialised as United lost their season-opener 1-0 at Arsenal before losing their first two home games against West Ham and Charlton Athletic.

Charlton were a newly-promoted side and the 1-0 loss meant United’s worst start to a season in 14 years. Boos echoed around Old Trafford, but Edwards continued to back Atkinson.

They were second bottom but ended the losing streak by drawing at Leicester before Robson made a timely return to inspire a 5-1 thrashing of Southampton.

Surely United’s season had been jump-started? Nope. They lost 1-0 at Watford, 3-1 to Everton and then 1-0 at home to Chelsea. 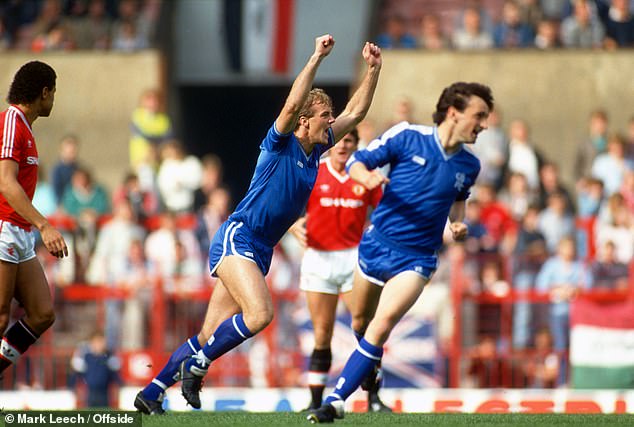 The Chelsea match at Old Trafford, a rare televised game in those days, saw Kerry Dixon open the scoring for the visitors, who then clung on despite United wasting chance after chance, including not one but two penalties.

Yet still the axe didn’t swing. ‘This is the worst position I have been in as a football manager,’ Atkinson admitted. ‘We have got to buckle down and start winning matches.’

There then followed a mini-revival with a draw at league leaders Nottingham Forest and back-to-back wins over Sheffield Wednesday and Luton Town at Old Trafford.

Draws with Manchester City and Coventry extended the unbeaten run to five games but even though on-field performances had improved, Atkinson was feeling the pressure in other ways.

A hamstring strain left Robson sidelined once more and there was a training ground bust-up between Moses and Jesper Olsen that left Moses with bruised knuckles and Olsen needing 11 stitches above his left eye. 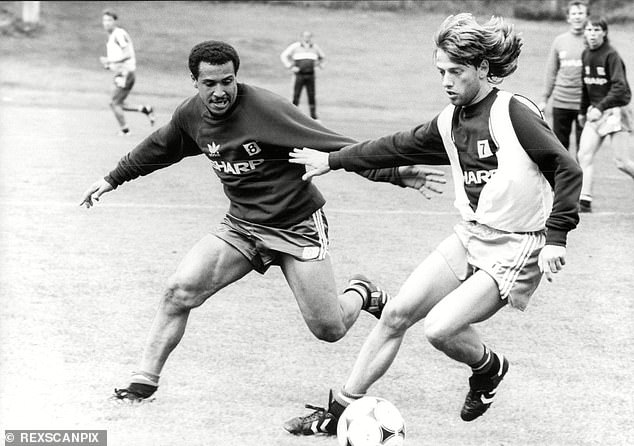 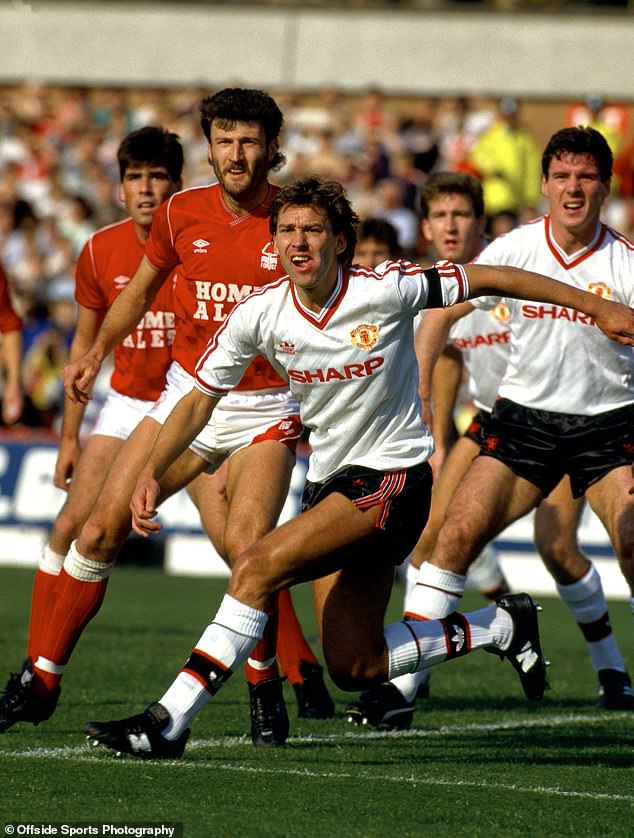 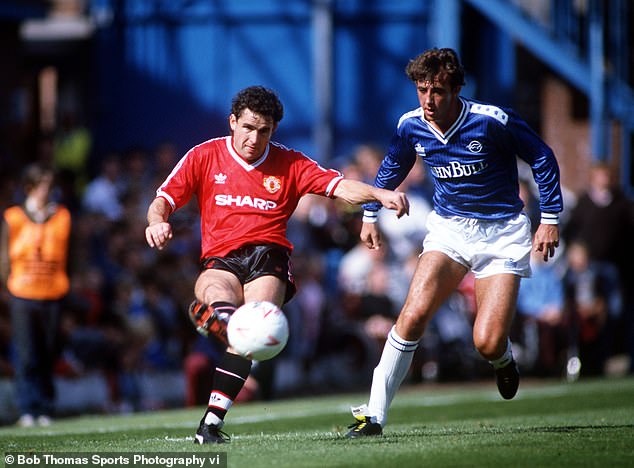 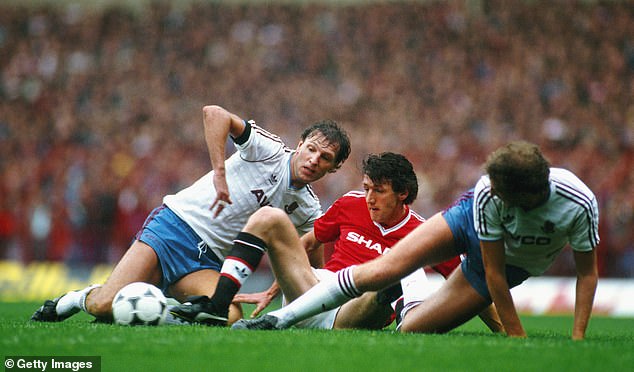 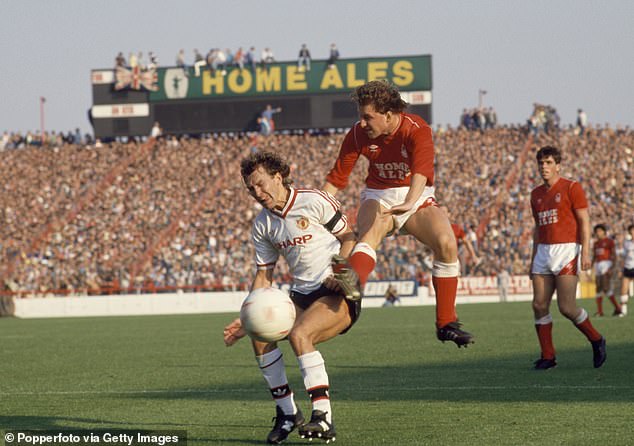 It was all over the front and back pages and the pressure became intolerable for all concerned. The final straw for Atkinson was a humiliating 4-1 loss to Southampton in a League Cup third round replay.

Atkinson was sacked on November 6 with Edwards saying the decision was ‘in the best interests of club and fans.’

He was blamed not only for poor results, but for failing to secure transfer targets and losing dressing room discipline.

But above all else, despite being United’s most successful boss since Matt Busby, he’d failed to deliver the league title United craved.

Within 24 hours, Ferguson was on his way down from Scotland and the rest, as they say, is history.

But what is often forgotten is that Fergie only won one of his first six matches in charge and that United dipped to second bottom again before a slow and steady climb to an eventual finish of 11th.

TELLY GOLD: Football Focus from today in 1986 reports the sacking of Big Ron, and the arrival of Alex Ferguson at Manchester United. 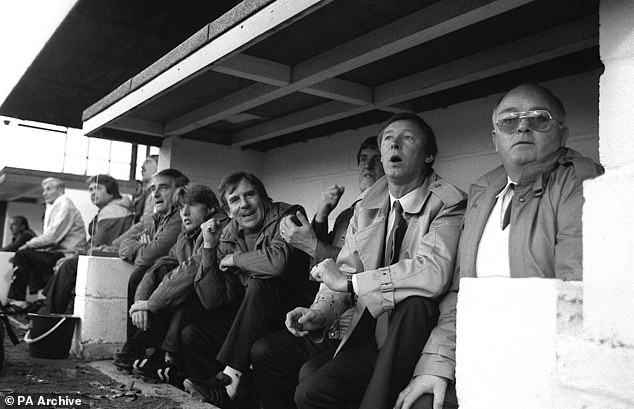 Alex Ferguson watches from the dug-out during his first match, a 2-0 defeat at Oxford United 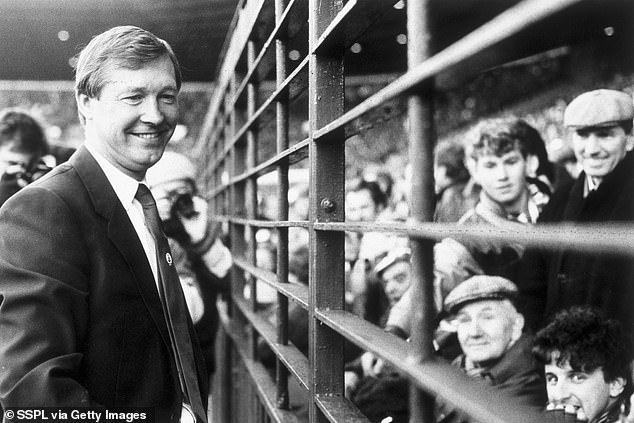 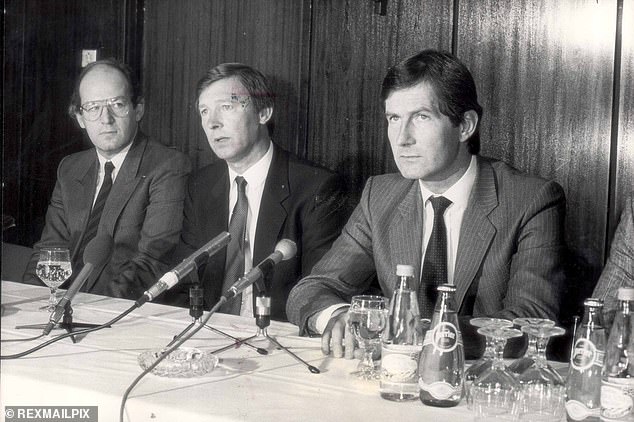 08/11 – On this day in 1986, Alex Ferguson took charge of his first ever game as Manchester United manager; a 0-2 defeat at Oxford United. Inauspicious. pic.twitter.com/eaiyN3CHF9

And in the context of the immense pressure that was placed on Atkinson’s shoulders, it would take Ferguson three-and-a-half seasons to deliver silverware of any kind and a further three to win the league.

Nonetheless, the decisions made during United’s autumn crisis of 1986 – the last time things were worse than they are presently – would be judged by history as a masterstroke.