Femi Fani-Kayode, former Aviation Minister, has slammed journalist, Kayode Ogundamisi, who took to his twitter handle to taunt him shortly after Justice Okon Abang sentenced former PDP National spokesperson, Olisa Metuh to 7 years imprisonment for money laundering and other financial crimes. Mr Fani-Kayode, who was the Director of Publicity of ex-President Goodluck Jonathan’s presidential campaign organisation for the 2015 election, is currently standing trial for allegedly conspiring with some persons to directly and indirectly, retain the campaign funds which the Economic and Financial Crimes Commission claim they ought to have reasonably known were proceeds of crime. Ogundamisi while reacting to the news of Metuh’s conviction, posted the tweet below. 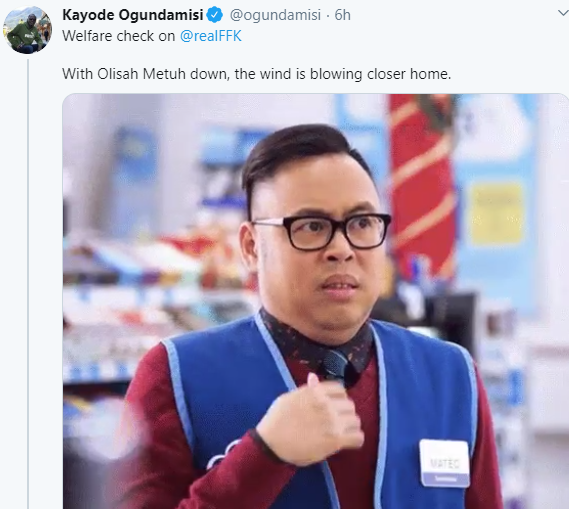 An angry FFK took to his Twitter handle to slam him. See his tweets below. 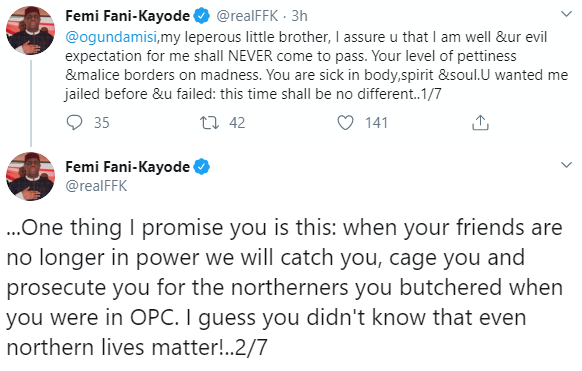 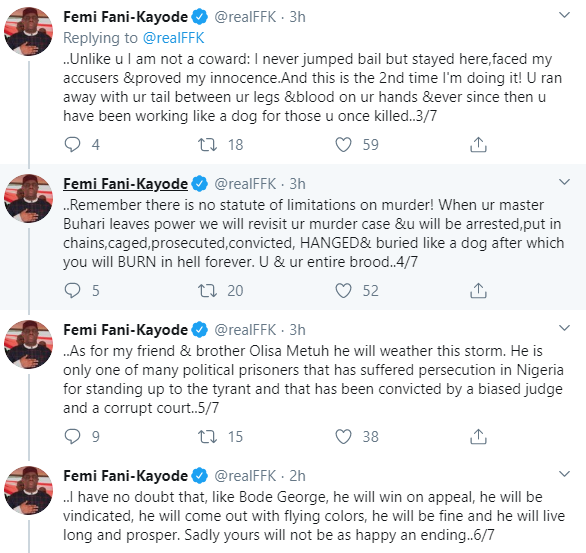