Diego Maradona is being lined up for the manager’s job at Spanish second division side Elche by the club’s prospective new owners, accoridng to Marca.

Maradona is currently in charge of Argentinian side , who sit third from bottom of the Argentine Primera Division Table.

However, should influential Argentinian businessman Christian Bragarnik complete his proposed takeover of Elche, he could take his compatriot with him to Spain 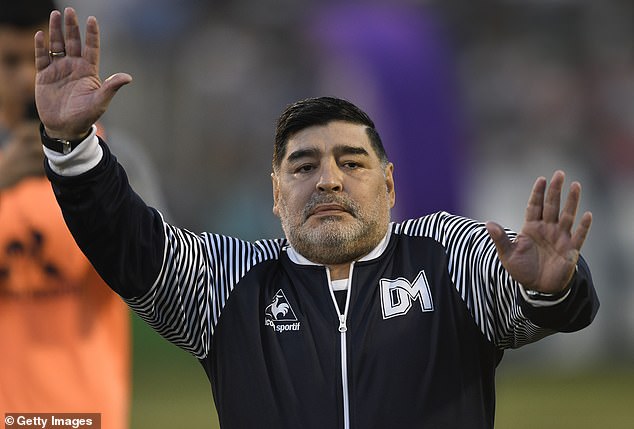 Bragarnik, a representative of many sports stars, was reportedly influential in facilitating Maradona’s initial appointment at Gimnasia.

Maradona’s time with Gimnasia has been eventful, having quit the club after two months only to return two days later.

In a social media post at the time, he said: ‘I am very happy to say that I am still the technical director of Gymnastics and Fencing La Plata.

‘I want to thank the fans of the Wolf, and the players, because among all of us we finally got the political unity of the club.

‘I hope they provide with the reinforcements they promised me.’